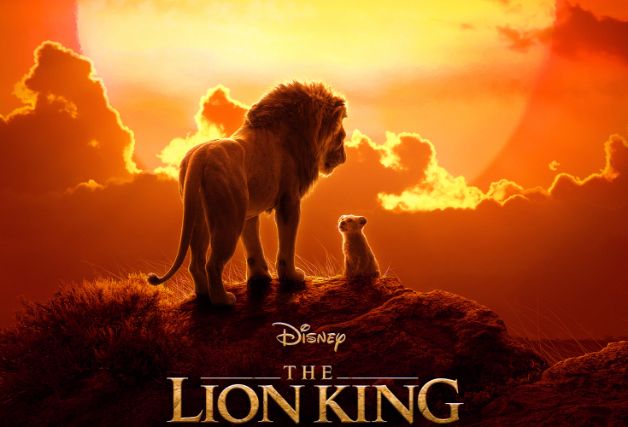 Disney has been on a specific trend for their films as of late. They have felt the need to remake some of their most popular works into live-action and this trend is being met with a lot of trepidation, While some of them have been met with some positivity from fans, critically they haven’t been receiving as much kindness and it is understandable. These films are bringing up old properties to gain an audience based upon recognition. I have done my best to give these films a fair shake as to what they deserve and how well they are handled. When a remake of the 1994 animated classic, The Lion King set to use digital animals was announced I was extremely skeptical. I didn’t know how adapting a beautifully animated film to a more realistic design aesthetic would work, but I was interested once some of the cast was announced. Since then I had been looking forward to seeing how it would all turn out in the end.  This past week I finally got my chance to see the film, which I feel is definitely worth discussing whether or not it is a film worth seeing. Here is our Spoiler-Free review of 2019’s The Lion King.

The film’s plot is identical to the original film so if you haven’t seen either, the story is set in Africa with the king, Mufasa who happens to be a lion that rules over his land with fairness and power. He has a son, Simba who is going to be the next king when Mufasa’s life is over. While the Kingdom is in a perfect balance the king’s brother, Scar begins to make a pact with the evil Hyena tribe to find a way to undermine and get rid of Mufasa and Simba so that he may be the King. It’s up to our heroes to deal with the actions of Scar and maintain the power balance known as the Circle of Life.

If you have yet to see the original there isn’t a lot I can discuss without spoiling it, but I will say that if you are very familiar with the original then 2019’s version will be extremely familiar to you. The new film is exactly the same as the original film even using a majority of the dialogue from the original word for word. The plot is essentially a carbon copy even if they added a few new scenes and changed other moments around a bit. The plot is good, but that is because the original film is so well done. This new film doesn’t add too much in the grand scheme of things, but the scenes it does add does a pretty good job at filling in some of the gaps in storytelling. I don’t want to spoil those moments, but I will mention that overall I do feel like their insistence on staying close to the original is a benefit and a detriment. It is detrimental in that it doesn’t take many risks and doesn’t do much new, but it helps to keep the films narrative focused, which is extremely important. The plot is a solid component in a film that sometimes feel too similar for its own good. If you want to see a copy of the original then the story does it well here, but if you want something new then this film doesn’t truly deliver on that part.

The talent behind this project is incredibly impressive, but it is no surprise it has such an impressive ensemble because of the direction of Jon Favreau. He’s a great director who often can get the best out of the people around him. I have greatly enjoyed is films  in the past and the film does have a lot of good points because of his talents. The film is well put together and there is a lot of beautiful shots thanks to his eye for visuals. He definitely knows what he is doing there even if the method he used sometimes doesn’t deliver especially compared to the original. The absolute best part of the production that he led was the incredible cast that was assembled for this particular production. They make the film.

The cast is the single best aspect of the film. There is no doubt about their contribution being the part that really makes it a more entertaining experience. The cast had some stellar talent including Beyoncé Knowles, Donald Glover, Billy Echner, Seth Rogen, and Chiwetel Ejiofor. Each of these people and the rest of the cast portray their characters extremely well through their voice performances and they all fit their parts perfectly, especially when it comes to the musical numbers that needed to be performed. They all sounded great and their versions of those songs is stellar in every way. Those new renditions of those classic tracks are definitely a highlight in the film, but it is also important to also give credit where is due and mention that the dramatic dialogue is all performed very well giving weight to the script that is more often than not word for word the same. The cast easily could have attempted to copy what was laid before them, but they breathed new life into this dialogue and made it their own.  In addition to the new cast the return of James Earl Jones to voice Mufasa is a welcome return because I couldn’t see a better actor portraying that iconic character. It lent a lot of credibility to this project overall and just cemented that they really make this film work as well as it does.

The technical aspects of a film can either make or break it. With this film there are moments of true beauty mixed in with moments of mediocrity, which is a shame. When adapting the film they decided to make all of the characters behave and look like real animals. The technical aspect of making these digital characters look real is incredibly impressive, but what it gains is often outweighed by what it loses. When putting these characters in a realistic space it loses out on the visuals that were possible in the original animated film making many of the moments lose its vibrancy. This realistic approach works well for dramatic scenes at times, but it looks extremely awkward in the musical numbers. It sets an unnecessary limitation on itself, which results in moments that can’t live up visually to traditional animation. This is the biggest issue present in this particular film and a disappointing one at that.

While the visuals have some issues the music itself is very well done. I mentioned previously that the voice cast does a lot of good for the film and their voices carry it well, but the music is heightened by the return of Composer, Hans Zimmer who scored the original film. The score is excellent and  lifts up every moment even with the new renditions of the classic songs. This time around Pharell helped to produce some of the songs and both of their talents are on full display. The music is certainly one of the strongest elements of the film and the soundtrack is one I can see myself going back to often.

When adapting any film or attempting to remake a film that is considered a classic you have to put a lot of work and effort into it. This film has a lot of extremely well thought out and designed aspects, but unfortunately the new animation style hinders some moments in addition to the lack of willingness to try new things. It feels too much like the original, while losing out on the aspects that made the original as great as it is. It’s not a bad film by any means, but it has flaws that are sometimes hard to overlook. Regardless, if you are a fan of The Lion King I do feel like it is worth at least a watch.

Review: ‘Spider-Man: Far From Home’
Comics in Review: Batman #75, or “The Begining of the City of Bane”