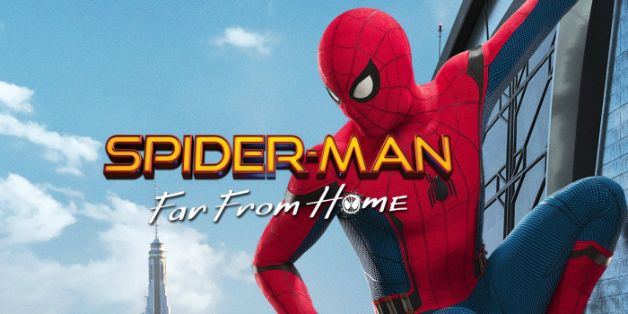 Spider-Man is one of the most popular characters that Marvel has ever created. His legacy paved the way for its massive success thanks to the talents of Stan Lee and Steve Ditko who created the character in the 60s which took comics into a whole new direction, by giving young Peter Parker relatable human issues. That was not like most comics at the time and it made Marvel comics stand out tremendously. Many years later we finally have film adaptations of the character and eventually he got his opportunity to join up with the rest of the MCU’s heroes and his story has been folded into that Universe. The power and popularity of that character is still palpable. He is everywhere and is still loved by many to this day, which is why his latest film, Spider-Man: Far From Home was highly anticipated. It’s the sequel to 2017 film, Spider-Man: Homecoming and it picks up after the events of Avengers: Endgame. This gives us great context when going into Far From Home and it is a perfect time to look at whether or not this film lives up. Here is our Spoiler-Free review of Spider-Man: Far From Home.

The story takes place not long after the events of Avengers Endgame and Spoilers for anyone who hasn’t seen that film, but in the final battle Tony Stark gives his life to save everyone from Thanos. This action of selflessness plays a massive role in the story of Far From Home, which picks up some time afterwards where Peter is preparing for a school trip to Europe while doing everything he can not to stay in mourning of his mentor. When he arrives to Europe with his classmates and friends a new evil emerges and Peter is forced to make important decisions about his life while working with Nick Fury and a new ally from another earth, Mysterio. The weight of the World falls on his shoulders while he struggles to find the balance between being Spider-Man and  Peter Parker.

The plot of the film in structure works a lot like a road trip style film with the characters reaching different locations and reacting to where they are,but what makes it unique is that they are still dealing with the looming threat that could wipe out life. The responsibility that is thrown on Peter is reminiscent of the character’s eternal struggle of balancing his life with being a hero and that makes the film work so well. While I was able to predict some things about the plot, it still found new ways to surprise me and impress me. The story is in service to these characters and those character moments that are clearly highlighted work quite well. I enjoyed the villain and what it meant to Peter as a character and I especially loved the ramifications of Tony’s passing being a major catalyst for the characters growth. The film has a solid plot, while not being incredibly original still does right by the characters and the Marvel Cinematic Universe as a whole. It’s definitely one of the strongest components of the film, but this exists only because of the talented people who put their heart into this project.

With any good film the direction is an extremely key component. Returning to helm this film is Jon Watts who had previously worked on a small thriller called, Cop Car and of course 2017’s Spider-Man: Homecoming. His talent is extremely apparent in this film as he did a great job of taking the script by Chris McKenna and breathing life into it. The script gave a great structure for the narrative and McKenna’s character interactions specifically were well thought out so when Watts got to the production of this film he had great material to mold and bring to life. His talent is very apparent with his abilities to deliver very entertaining and visually impactful action sequences that are extremely memorable.That is the sign of a director who has some very deep and natural talent. His actions in accordance with everyone in production shines through with his ability to lead the other creative people and crew to the best of their abilities.

Another massive aspect to the talent is that of the cast who also deserve praise for their abilities being utilized well under Watts’ direction.

The cast all brought needed life to their characters in their own ways, especially Tom Holland’s continued performance as Peter Parker. His ability to bring the needed humor, awkwardness, and heart to the role brings the material to life in a very believable way that makes his performance stand out amongst the other actors who have stepped into the role in the previous live action adaptations. The rest of the cast including Zandaya and Samuel L Jackson return to their characters and give respectable performances. Even if the material doesn’t give them a whole lot they still both appropriately portray their characters well. The biggest addition to the films cast is Mysterio played by Jake Gyllenhaal, whose performance succeeded at delivering one of my favorite MCU characters to date. He was highly entertaining and highly dramatic when the scene needed it to be. Gyllenhaal is a rare talent and his presence elevated the film in some great ways. This whole cast is filled with people who do important work with making the characters accessible, but they can only do so with the Technical aspects and crew that put their heart into making them look great.

The film is technically very easy on the eyes with some great moments of impressive special effects that really bring the action and the monsters to light. The CGI is on par with the other MCU films and it gives so much depth to the film’s ability to tell an exciting action story. In addition to the impressive effects the film has a good sense of cinematography. While the tone is very similar to many of the other MCU films the environments and setting mixed with some solid albeit standard camera work set it apart. The people behind the visuals help turn out a safe, but visually solid entry that looks good on a big screen and especially on IMAX screens. Film is a very visual medium and while the look of it is important it is also good to look at its sound design and music that bring it all together.

The score for the film is a solid heroic score with some interesting moments, but it also ends up being a little bit forgettable. It is not bad in the slightest, but it doesn’t stand out compared to some other films and their unique scores. While the music may not be the most memorable, the sound design itself is quite good. Foley is one of my favorite components to any film because those sounds are meant to line up perfectly and more often than not they are successful. This film has so many types of sounds from the web slinging to the explosions. Those sounds are consistently accurate and work greatly in the films favor along with the sound mixing that had to be completed to make it all sound as great as it looks.

The film itself uses its technical components to create a visually appealing film that sounds well even with a score that isn’t necessarily memorable. It all comes together to create another exciting MCU film.

Spider-Man: Far From Home is a blast from start to finish delivering one of the most fun Spider-Man films to date. It unfortunately can’t top Raimi’s Spider-Man 2 or Spider-Man: Into Spider-Verse, but it still delivers a fun Spidey film that perfectly lines up with the current state of the MCU Post-Endgame. It is definitely a better film than Homecoming and it is one of the best Spider-Man MCU appearances to date. It is definitely worth your time even with some minor issues.