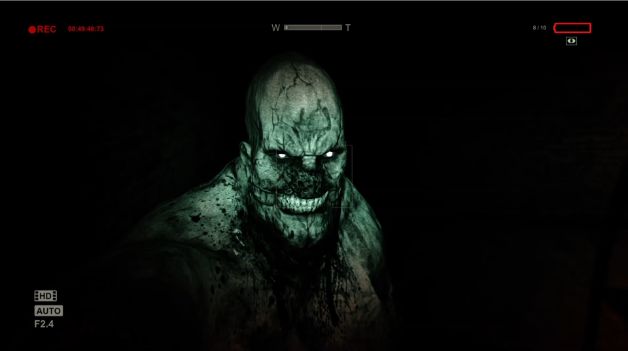 As we continue our celebration of  the spookiest season of the year it can be challenging to decide on what form of media to enjoy during this season. I take the whole month to diversify with reading stories, watching movies, and most certainly playing video games. Gaming is one of the largest mediums of entertainment in our modern age and while most of the time games are aimed to show action or adventure they can also be used to scare the player or present themes of Horror. Horror games have been a popular genre in the medium for quite a long time, but over the last ten years we’ve seen a sudden increase in horror as a viable genre for gaming thanks in part to YouTube creators playing them as well as certain franchises booming in popularity. While Horror can be broad there is also an appeal for games that borrow horror aesthetics, which makes both scary and more lighthearted games great entertainment during Halloween. I love playing Video Games that reflect the season and I wanted to give some suggestions as to some excellent games that deserve your time and attention. Here are 3 recommendations of excellent Games perfect to play for Halloween.

The first Horror Game in recent years to genuinely get to me is the modern classic, Outlast. Outlast takes place in Lake County, Colorado at the isolated Asylum known as Mount Massive. You play as reporter, Miles Upshur who has been given a tip from a whistleblower revealing some of the heinous acts being committed at the Asylum. Armed with only your camera you must trek on through the twisted horror and evil experiments of this mental Asylum while running, hiding, and most importantly not dying. There is a huge mystery as to whye everything is happening and you must put all the pieces together while surviving.

The game is a first person horror experience where the only items you have is your camera, which works to collect evidence as well as using the nightvision setting to see in the dark. It’s a game that doesn’t give you weapons to deal with the enemies and that is just one of the many reasons why I highly recommend this game if you’re looking for an intensely scary and unique horror experience with a great attention to detail and World Building. The game’s unique play style and items given to light your way is already inherently intense thanks in part to the creepy glow night vision gives off, which gives the game a distinct look that sets this game apart from most other survival/horror games. It also benefits from elaborate set pieces that bring this massive Ayslum to life and makes every corner treacherous. In addition to the engrossing story and unique gameplay the voice acting is great meaniing that every character you interact with is someone you’re fascinated with. Even the creepiest people have a personality and a character trait that makes them uncomfortable to be around, which is exactly what is needed in this twisted horror experience.

When I think of a recent horror game I’m always drawn back to this one. It’s scary, darkly humorous, and wickedly inventive. It is a game tailor made for the Halloween season using a mixture of modern concepts and classic fears. While setting a horror story in an Asylum is typical, the game intentionally uses this seemingly familiar setting to subvert expectations and take the narrative into new directions. There is nothing better than sitting on the edge of your seat playing this game in the dark only aided by the glow of a Jack-O-Lantern. I highly recommend this game if you can handle visceral carnage and intense scares.

I adore being scared through horror, but something that is often just as important to the genre is the inherit need to occasionally laugh and enjoy something that doesn’t fit the typical mold for the horror aesthetic. The classic comedy film, Ghostbusters was turned into a video game in 2009 and recently received a remastered release. If you have yet to play the game it centers around the members of the Ghostbusters back in action dealing with Ghosts in 1991 not long after the events of the second film. You suit up as a new member of the team and you have to learn the equipment as spiritual entities cause chaos through New York.

It acts as a third entry in the series with the entire original cast of Ghostbusters returning to voice their characters with an original story written by Dan Akyroyd and Harold Ramis. The game gives you all of the proton pack action you want in a third person perspective. You must weaken the ghosts to trap them while looking out for the rest of the team. They will help you if you are down but you must also do the same. It’s a well thought out and designed game that does show it’s age in places, but still holds up as a really fun game. They also nail the Ghostbuster aesthetic, characters, music, and themes. The dialogue between the cast is great and very often is hilarious while making you feel like you are part of a third film in the series and that you are definitely a Ghostbuster.

The game, while often times silly, knows how to do elements of horror with some genuinely tense sequences. The game also beautifully captures the tone of the original films and balances it well so that it doesn’t feel gimmicky. It’s a great and enjoyable Halloween experience that isn’t nearly as intense as some of the other horror games I’ve brought up. It is an alternative for a more family friendly experience as well. I’m currently playing it and It is certainly worth your time.

The original Resident Evil Games broke the mold for their time. They were groundbreaking, intense, and had the right balance of genuine scares with a ridiculous layer of camp. They blew people away when they were first released and helped to create an early horror series that is still relevant in gaming. Arguably just as groundbreaking as the first, Resident Evil 2 introduced new characters and a much broader narrative whose story was far reaching in the series and in 2019 a remake of that classic game was released. The remake like the original game follows Leon S. Kennedy and Claire Redfield on two separate, but connected paths with two campaigns to play them. Leon is a rookie cop arriving in Raccoon City for his first day on the job as Claire is arriving looking for her brother, Chris. The story is set two months after the events of the first game and the Virus has spread to the entirety of Raccoon City. It’s up for Claire and Leon to figure out what is happening and survive in this thrilling Survival/Horror adventure.

This remake should be taken as an excellent example on how to remake a game. The original Game is a classic, but the age is showing. With respect to the original game this remake decides to shift some things. The camera is no longer fixed in one spot, but rests over the shoulder. The graphics and mechanics have been greatly modernized in addition to new voice performances. It looks and feels like a brand new game, but it respectfully keeps the iconic elements of the original. It is an entirely new experience that even fans of the original will be surprised by. In addition to the upgraded look, the gameplay still remains focused on surviving with the need to reserve ammunition when possible and to run away from extremely tough enemies whenever possible. It is often better to avoid a fight when you can, which is what makes the game actually scary. It may have campy moments like the original game did, but it sure can be intense and creepy when need be,especially with the invincible enemy, Mr. X roaming the halls ready to kill you at any moment’s notice.

It’s easy to underestimate the fear and creativity that the Resident Evil series gets out of zombies and mutated monsters. This series is phenomenal, but I had to give a spotlight to the most recent release in the series because of how excellent a remake it is and how much it is perfect for spooking yourself during the long, Halloween evenings. I highly recommend that you play with the lights off at night and have an excellent time with one of the best video game remakes of all time.

These Spooktastic Halloween Games are sure to give you a scare for this excellent season. Each one is filled with memorable moments, tense scares, and addictive gameplay worth revisiting time and time again. They are some of the best the genre has to offer and I don’t say that lightly given the uptake in horror titles over the last several years. They are all worthy of praise and if you do decide to pick them up I hope you get as big a thrill as I have.