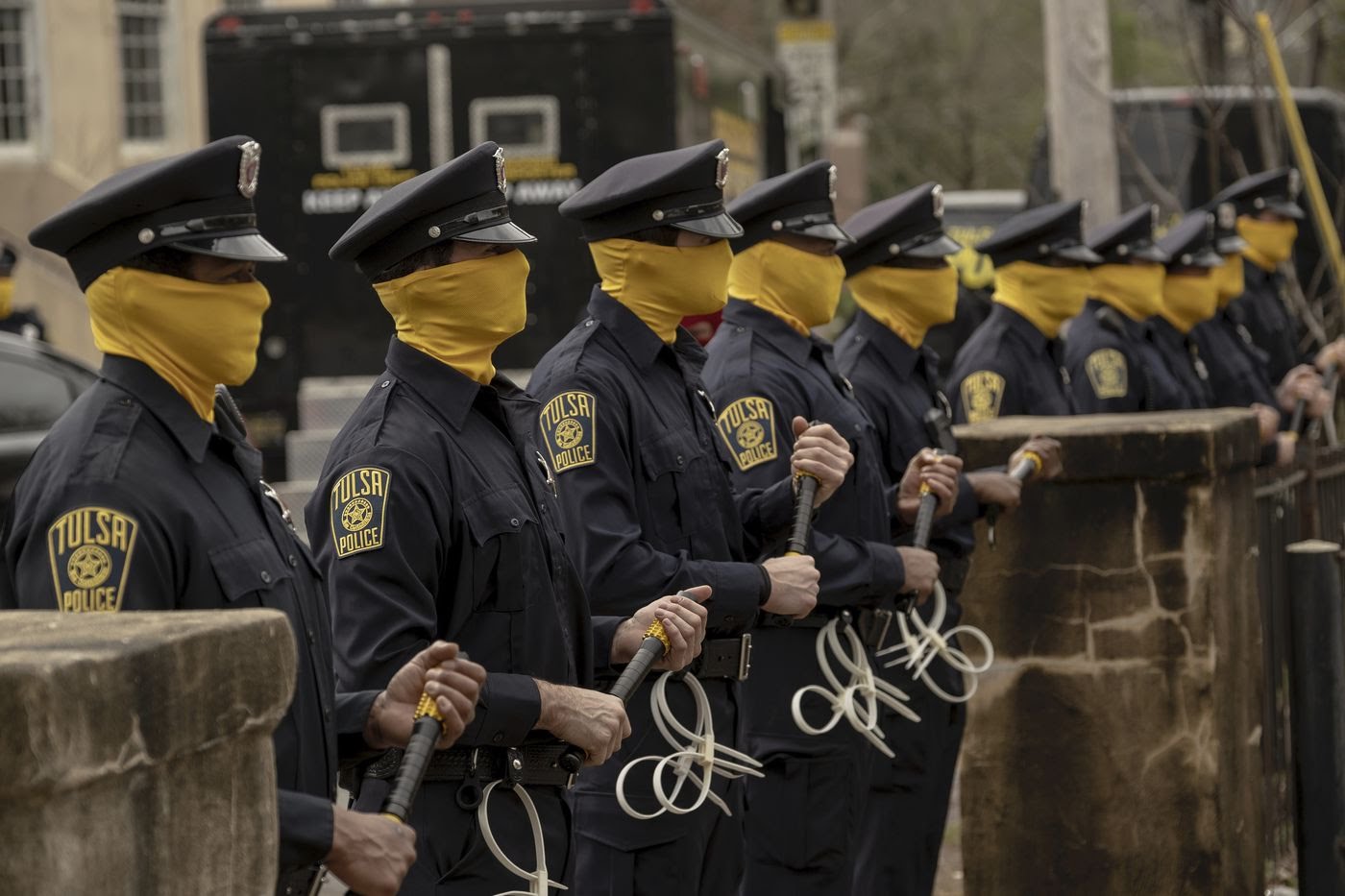 The clock ticks further as this week’s episode of Watchmen begins to reveal details about upcoming events that are in motion already. Another excellent episode that’s well written by Damon Lindelof and proving to be a success for HBO. The episode picks up right after the last one with the death of Chief Judd and a man who claims to be responsible.

The episode actually picks up in a flashback to WW1 where a German officer dictates English words to a secretary, who is typing out a letter. The letter, which turns out to be from the German govt aimed at African American troops, was made to dissuade them from fighting for their country. The letters are dropped by plane and it explains that despite being told they’re fighting for the right side, it doesn’t matter. When they go back, they’ll be treated as second class citizens. We then see one of the soldiers is the father of the young boy who escaped the Tulsa Massacre in the first episode. It’s all beginning to tie in, how America’s past is slowly catching up with it I the modern day.

Throughout the episode, Angela (Regina King) is trying to piece together the truth of Chief Judd’s death. Not wanting to totally believe that it was Seventh Kalvary, Angela is told by the old man named Will, who actually turns out to be the young boy from the first episode, that there is an insidious plot brewing in Tulsa. Continuing to be vague about what he knows, Will alludes to Angela that Judd had skeletons in his closet and that he was hiding things.

Will is a patient man. (Credit to: HBO)

We’re also shown how Angela and Judd became so close when we flashback to the “White Night” event. On Christmas Eve, every cop in Tulsa was attacked by member of the Seventh Kalvary and only a few survived, Angela and Judd being a couple of them. It adds to how much Judd’s death actually hurts her, and it hurts her more when she finds out what he was hiding, literally in his closet.

All the meanwhile, we get the next slice of Watchmen-esque material and it comes in the form of the in-show docuseries “American Hero Story”. Just as Watchmen had “Takes of the Black Freighter”, a pirate comic that ran alongside the story that paralleled the events of what happened, the show seems to be starting something similar to that kind of detail. The show seems to focus on Hooded Justice, one of the first masked vigilantes to appear and it could provide some insight into the shows story. Tensions are running high and the episode reveals it with the music, atmosphere and discovery of certain clues that are ready to shock Angela’s world to it’s core. She doesn’t know what to believe and who could be in on the supposed plot.

But as Tulsa begins to tick closer to it’s supposed terror, we are also shown what Ozymandias is up to. Last week he stated to his servants that he finished writing up a play called “The Watchmaker’s Son”. Here we get to see the play acted out by his servants, who at the end are revealed to be clones of the same man and woman we’ve seen earlier in the mansion. The entire play is based on Dr Manhattan’s origin and Ozy has even taken the liberty in killing one of the male servant clones just to make it more realistic as it was stated that Jon died in the field vault and came back as Dr Manhattan.

Not totally tying in with what’s going on in Tulsa, it was interesting to see that Ozy has taken his science and tech from the Watchmen comic and is now using some of it to create his own clone servants. An easy way to keep yourself hidden away from a world that believes you’re dead is most likely the reason he uses clones and not actual people. The big question is: what is Ozy doing here? What is the point of this storyline? Surely the show will give us more as we go on but with two episodes jam-packed with so much detail and Easter eggs, it’s hard to nail down his exact agenda.

Seems to be, this show isn’t done throwing us curveballs and that’s excellent. Watchmen was as much as a detective thriller as anything else, we weren’t told the truth about who was killing masked vigilantes and what the menacing plot was till almost the end of Watchmen Issue 11, and I’m guessing we won’t know the truth behind what’s going on until the end. Overall, I’m very confident in this shows ability to start up a story and close it out without issue.

Another stunning episode that continues to get crazier and more tense, even for a show on its second episode. Well made, well written and a great addition to HBO’s catalogue.