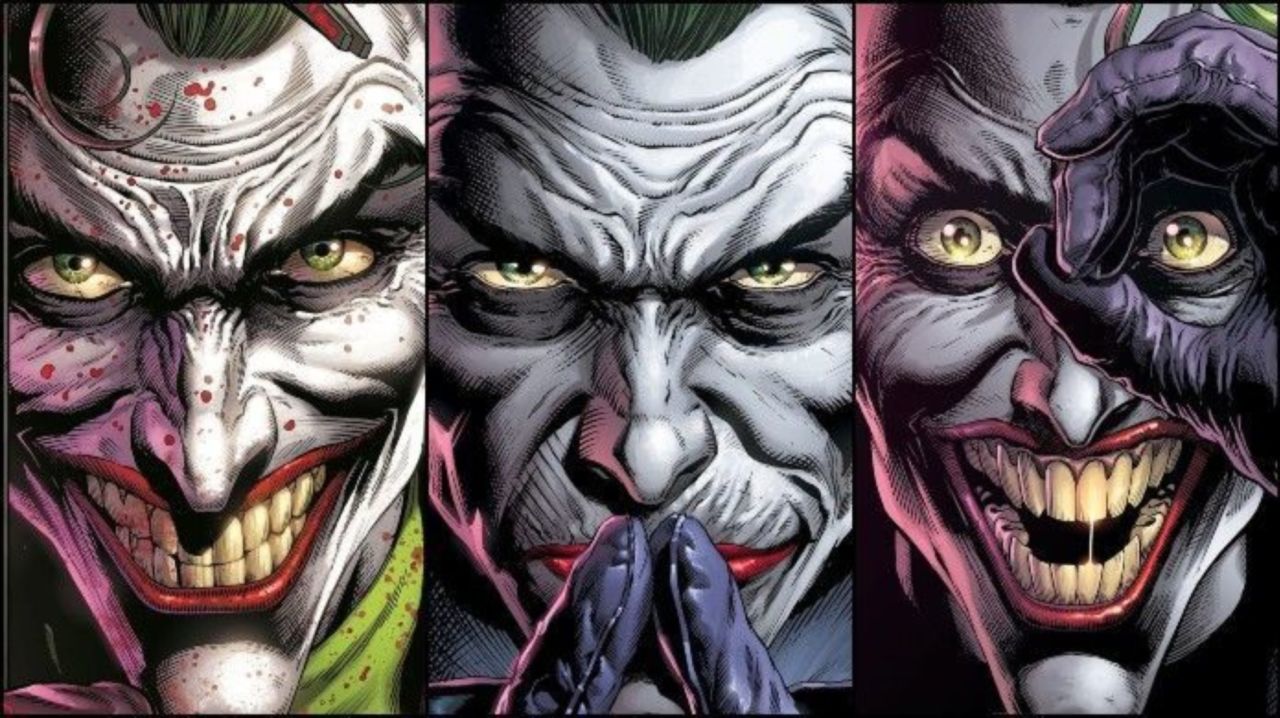 After being first hinted at in ‘Darkseid War’, a story that helped close out the New 52 era, the first preview of Geoff Johns and Jason Fabok’s Batman: Three Jokers story has finally been released. The three-page sample finally gives fans a good look at what’s to come in the Black label three-issue miniseries meant to focus on Batman, Batgirl and Red Hood’s traumatic history with the Clown Prince of Crime. The official preview opens ominously with no dialogue and depict the Dark Knight returning to stately Wayne Manor after an especially rough night defending Gotham City. Check it out below:

Illustrated by Fabok and colored by Brad Anderson, as the panels unfold they show a gravely wounded Dark Knight exiting the Batmobile after accidentally driving into his father’s gravestone and trying to make his way into Wayne manor. Once he finally makes it to the manor the visibly injured and profusely bleeding Batman is escorted to the Batcave where he is then prepped for surgery by Alfred Pennyworth.

In these moments where Batman and Alfred stagger their way into the Batcave that we see several of Batman’s dark and intimate connections to his greatest foe. In these panels we are shown everything from confiscated weaponry from to memorials for Jason Todd and Barbara encased in a glass that serves as a reminder of all the pain the Joker has caused.

For me, after years of anticipating this series, I’m being very careful not to let me expectations exceed a realistic outcome. Having said that, all I want is a good story that fleshes out the mystery behind the concept of three clown princes that changes the way we see the villain forever. With Jason Fabok and Geoff Johns being among my favorite writer/illustrator teams, I have no doubt in my mind they’ll do their best to deliver an epic story that should rock Batman fans to their cores. There’s so much to explore such as, which Joker is responsible for which crimes? Which Joker was the first Joker? To me there are so many ways this story could go, it’s almost impossible for it to end up being disappointing, but only time will tell. This certainly won’t be the first-time comics have explored the possibility of multiple Jokers. But instead of seeing different versions of Joker across DC’s Multiverse, Batman: Three Jokers will apparently confirm three versions of Joker who are co-existing in the same universe. The skies the limit and I for one can’t wait to see what revelations come next.