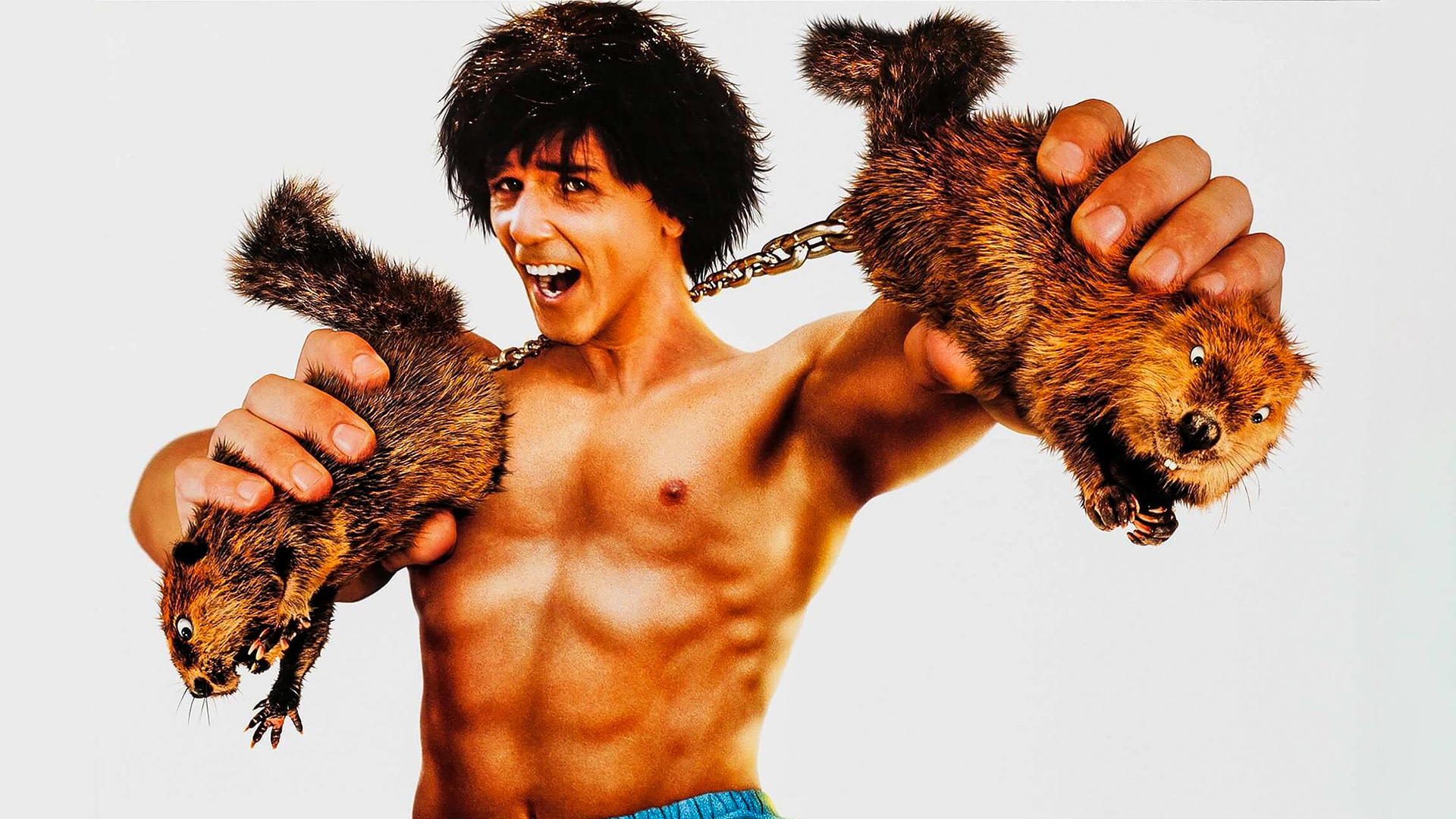 There is quite a lot going on in the World as we speak. The corona virus (Covid-19) is spreading and there is a lot of fear and anxiety, but while having this fear is normal and valid I wanted to take the time to look at and analyze a film that can work as a great distraction for all of this. Kung Pow: Enter The Fist is a comedy from 2002 unlike any other comedy film I’ve seen before it. It’s a parody film that instead of relying on parodying multiple films used the martial arts genre as a whole to make one of the silliest theatrically released films that was critically panned at the time, but has since gone on to captivate fans and become a cult classic in its own right. I’d argue that this is by far the silliest film I’ve analyzed here, but there is no better time and no better fim to put a smile on our faces when we need it most. Here is  why Kung Pow: Enter The Fist is a genuine modern cult classic.

This is one of those films that is near impossible to describe the plot without having seen the film because the structure is quite unique. This film is a hybrid of film techniques combining newly shot  footage and CGI into a 1970s martial arts film called, Tiger & Crane Fists. The old footage is overdubbed with a majority of the voices provided by the writer, director, and star of the film, Steve Oedekerk. His voices lay over the dialogue for a lot of the original film in addition to him being digitally integrated as the lead character, The Chosen One. He is at the center of this Wild production that simultaneously pays homage to the martial arts genre, while creating the most zany moments imaginable. The CGI of this film does not hold up to more modern film, but there are a lot of great uses of green screen and integration of him into the film that it works in that sense. It is impressive for a film that only had a budget of $10 Million.

The story follows The Chosen One who is set on a path to take down the evil Master Pain who killed his parents when he was a baby, while training to become the hero he is meant to be. Along the way he trains with Master Tang and falls in love with a girl named Ling. With his destiny set in motion the film follows him as he attempts to deal with the consistently zany characters, which includes a CGI fight sequence with a cow. The film is filled to the brim with concepts and story elements that on paper make no sense, but so often enough make for hilarious moments when presented on the screen in a film that is surprisingly not offensive considering the poor choices that could have easily been made when making this type of film.

The film is inherently extremely silly in a lot of ways and to a lot of critics at the time they were not happy with it. This probably has to do with the story and the structure being more reliant on absurdist humor as opposed to a solid narrative that makes sense. It’s incredibly childish in ways and feels like a series of skits at times, but that childish style has helped keep the film in the minds of many people. The structure of the film is intentionally loose because the film works to focus on finding gags and sequences. This structure gives way to the actual meat of said film and that is the style of comedy present in the film.

Kung Pow is a film ahead of its time. It may not be the greatest comedic film of all time, but it captures a certain style of comedy that would go on to  dominate the internet especially on YouTube. It reminds me very clearly of that time on YouTube when creators were intentionally taking nostalgic things that they love and remixing them to create something new and something genuine. In a lot of ways this film would fit perfectly within that niche that maybe theatrical audiences in 2002 weren’t quite itching to see.  There is a lot in this film that reminds me of people that love to sit around and watch silly movies, while adding one’s own ridiculous comedy on top of it. It seems as if this it was inspired by Mystery Science Theater 3000. It loves the material it is making fun of, but it also mocks it in the best way possible. This film is not mean spirited in any sense of the word and doesn’t rely on shock humor to get its point across. It shows off a genuine love for Martial Arts films, while also being one of the craziest experiences you’ll ever see.

The absolute best comedic moments in this film happen whenever they get the opportunity for Steve Oedekerk to add silly voices and characterizations on top of the original dialogue. It’s so great in simultaneously being accessible, while being silly and brilliantly avoiding falling into humor based on race, which lesser comedic personalities could easily have easily latched onto. The film is also incredibly quotable, which is why I believe its comedy has aged as well as it has. I think with certain aspects of comedy finding ways to keep things as accessible as possible is important. It doesn’t go for as far as I’ve seen other people attempt and it makes it the perfect type of film that people of a younger age could latch on to. I found the film when I was younger and it always stayed with me as one of the funniest films I had seen at that time and honestly going back to it I still find it works from that comedic perspective quite well.

Comedy is inherently subjective and I can completely see how this movie could easily be hated by  a lot of people. There is no denying the stupidity of this film. It doesn’t follow a singular structure and in ways it feels pieced together with quite a lot of moments that felt made up on the spot, but those traits can also be positive. Not every joke works, but those that do more than make up for the other moments that don’t. It is why it has quickly found its place as a film loved by quite a lot of fans who fall into a more niche sense. It has found its cult following.

Cult cinema often refers to films that have found their own loyal, but small following of passionate people who love it. Kung Pow has certainly become one of those films because of it remaining true to its honest and loving heart, while being incredibly stupid in all sense of the word.

It is a film that is very much of its era. It has dated references to The Matrix and uses a lot of CGI that looks very bad, but in some ways that adds to this film’s innate charm. What often makes a great cult film is not the technical spectacle behind the film, but the apparent heart, passion,and creativity from its creator. Oederkerk has an interesting career of comedy films that he has worked on and been involved with, but this is his biggest theatrically released film with him as the lead character in both live action and voice acting. Him being involved to this degree makes this film feel like it was independently produced by a sole creative talent. A film takes a lot of creative people to bring to fruition, but this film’s comedy  comes from a singular vision and an individual who loved what he was doing. That love is felt in every moment of every sequence, but his talent is felt most heavily in any sequence containing the extremely silly dialogue. It is where the film shines most and I’m certain that fans who have loved this film feel the same way about it.

I have noticed over the past couple of years more people that have vocally loved this film. The internet can be a great place for fandoms to center around overlooked media and come together in ways. I’ve seen the internet communities love it even more so over recently and a lot of the clips from this film are very popular on YouTube, which isn’t surprising. It is impossible to specifically explain why a film may gain a cult following, but this film felt very deserved of that title and will continue to have its audience even if that audience may not be a part of the mainstream perspective.

Kung Pow: Enter The Fist is a film that is beloved by many people in a way that even Steve Oedekerk probably never expected. The film does not have a Blu-Ray release, but it probably should considering that there is an audience who would certainly pick it up if possible. If you have yet to see this film I highly recommend checking it out if over the top zany comedy with silly dialogue is something you know you would enjoy. It is a perfect film to watch during these uncertain and stressful times and is totally worthy of being known for making people laugh, which is crucial especially now.