Hey there! M here with a Geektastic DC article! As you may have heard, ‘The Killing Joke’ will be adapted into an animated DC movie with Mark Hamill reprising his role as voicing The Joker. Now, fans of DC comics and their animated movies are obviously psyched about hearing this. Despite fan-friendly outrage and just fainting about hearing this news, there are those who oppose it.

Now, the HitFix article in question is talking about how terrible the comic is due to the depiction of Barbara Gordon being shot and paralyzed by The Joker and his goons. Another big mystery is whether Joker takes advantage of her in her shocked state. Besides that, the people against this talk about how the imagery in this comic book is horrible due to the event that happened between Barbara and Joker. The plot is how The Joker wants to prove that even the most noble citizen can turn bad by just having “one bad day”

Sure, it’s terrible what happened to Barbara on that fateful day. Commissioner Gordon also felt the pain when he was tied up and being shown pictures of a naked and injured Barbara but the people who oppose the comic-to-animated movie are usually Social Justice Warriors and Feminists. Well, so say the people who comment against the hatred of ‘The Killing Joke’ There was even a CBM article which I believe to be sarcastic and poking fun at the HitFix article. You can read it here. What really made me laugh was how they said “… depiction of true events…” which is what it’s not. Comic books are comics, not all of them are based on true events. 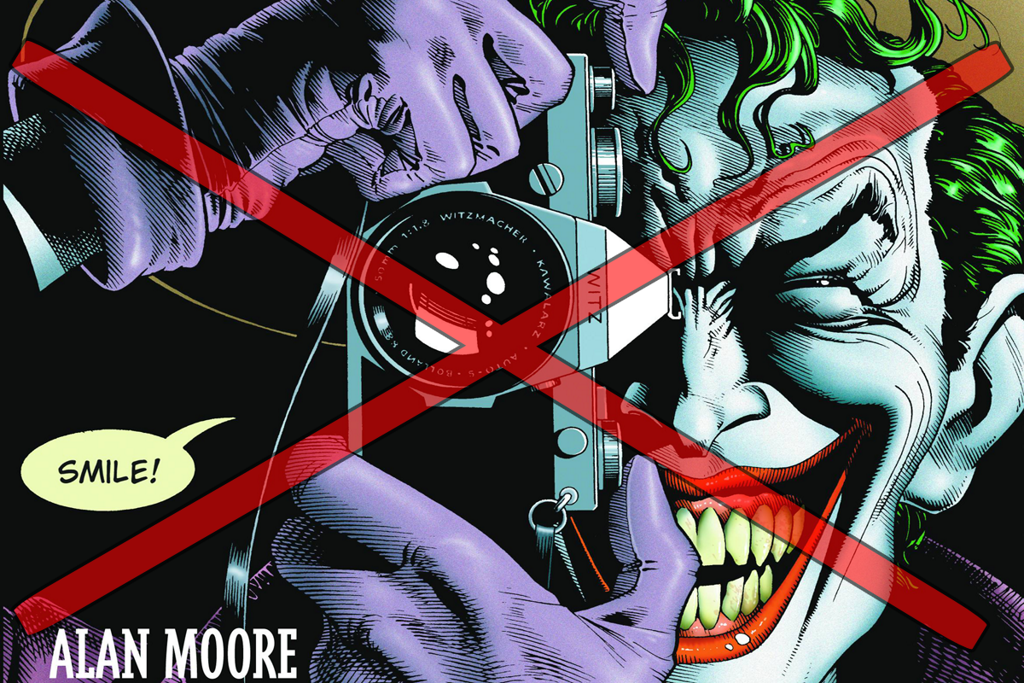 Sure, there could be some controversial stories but most of them are for mature readers and they know what they’re buying. One of the problems is how many people think we can’t differentiate between fantasy and reality but we can. Well, everyone with a sane mind, of course. Moving on. Most of the people who oppose this don’t oppose the torture and beating Jason Todd received by The Joker which ultimately led to his death and birth of The Red Hood. You see, there are plenty of Batman stories which feature violence and all other sorts of “horrendous” things. You’ll see them in any comic book. People will try to take ‘The Killing Joke’ down but they won’t. It’s part of Batman history. Part of comic book history. This story is iconic and very well known in the world of the comic book fandom. Trying to take ‘The Killing Joke’ away — or even the animated movie — will be taking away a part of nerd history. Even trying to stop the production is outrageous. ‘The Killing Joke’ is a big part of not only Batman history but also DC history. As my fellow admin Reverse Flash said:

“It’s relevant because it carved a new trail for Barbara, gave us a deeper look into The Joker’s psyche, and what was Batman’s limit… Needless to say it is relevant to the Batman mythos and lore”

If you don’t like the images and stories that ‘The Killing Joke’ depict then the answer is simple: don’t read the comic or see the animated movie. History such as this shouldn’t be altered or destroyed.
-M/Luis

UYG Reviews: Starfire #1
Keiynan Lonsdale has been cast as Wally West on CW’s ‘The Flash’