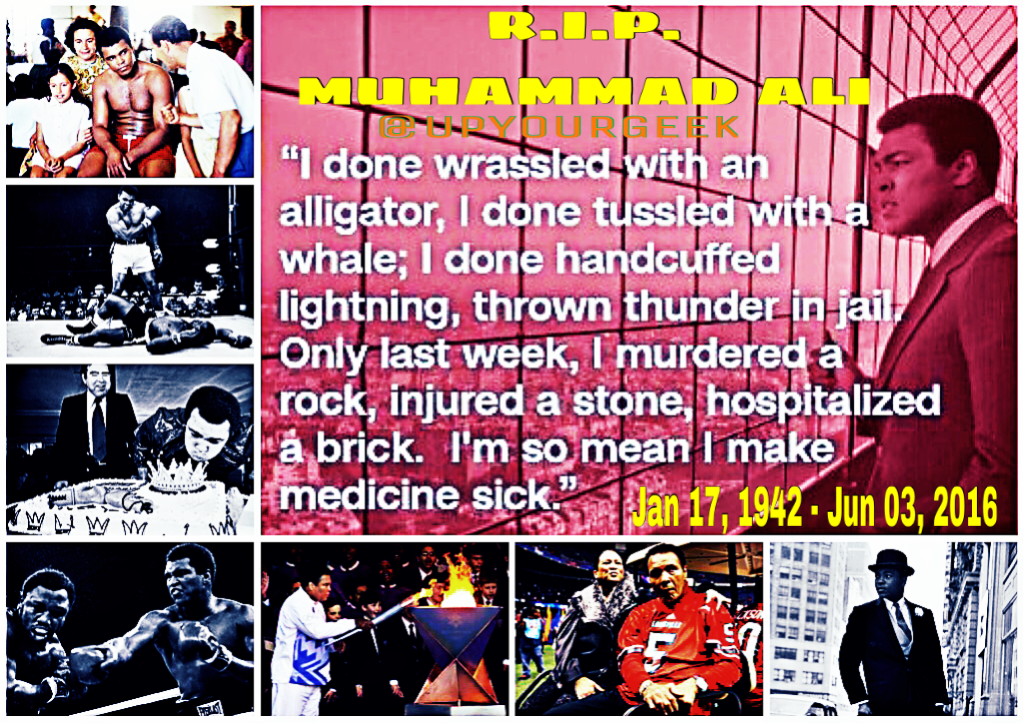 He was fast of fist and foot — lip, too — a heavyweight champion who promised to shock the world and did. He floated. He stung. Mostly he thrilled, even after the punches had taken their toll and his voice barely rose above a whisper.

He was The Greatest.

Muhammad Ali died Friday at age 74, according to a statement from the family. He was hospitalized in the Phoenix area with respiratory problems earlier this week, and his children had flown in from around the country.

“It’s a sad day for life, man. I loved Muhammad Ali, he was my friend. Ali will never die,” Don King, who promoted some of Ali’s biggest fights, told The Associated Press early Saturday. “Like Martin Luther King his spirit will live on, he stood for the world.”

A funeral will be held in his hometown of Louisville, Kentucky. The city plans a memorial service Saturday.

Marvel Studios Has The Rights To Namor!
EA’s Next Star Wars Games from Visceral and Respawn Teased