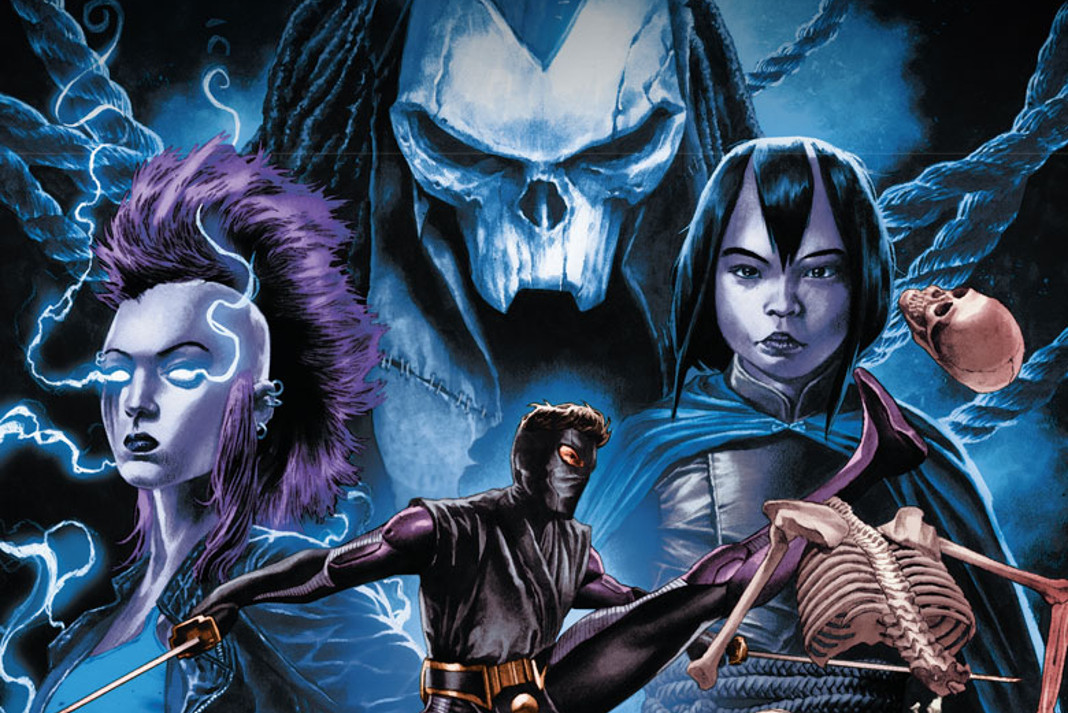 The Deadside, a place where the dead go when they’ve passed on. Not many have been to The Deadside and fewer have lived to speak of it.  It is also the home to many beings from various dimensions and power only few can wield. One of those individuals is Jack Boniface AKA Shadowman.

The men in Jack’s family are cursed to be possessed by a loa, a powerful voodoo spirit. With it gain powers and abilities to fight the evils of The Deadside and become The Shadowman. Unfortunately the loa also tries to take control of Jack and tempt him to do wicked and evil deeds. Not all the men in Jack’s family were strong enough to resist the loa. As a reader and fan of Valiant, Shadowman is one of my favorite characters. Even as I write these words I am wearing my Shadowman hoodie that I bought from the Valiant Entertainment website. With that being said not much has been done with the character since Peter Milligan’s Shadowman: End Times ended a few years ago. His most recent appearance was in the pages of Ninjak in a story called “Operation Deadside” where Ninjak with the help of Punk Mambo, a voodoo priestess, try to rescue an MI-6 team from The Deadside. Ever since then Jack is being rehabilitated and learning more about his powers with the help of Punk Mambo.  All has been quiet for Jack Boniface and from The Deadside until something calls him back into action.

Rapture begins with the Geomancer named Tama, a mystic who speaks to the Earth. She wanders through The Deadside looking for answers about an impending catastrophe that will effect the living and dead alike. In her travels she discovers that a being named Babel is planning on building a tower in The Deadside and set off a chain of events that will destroy the Earth and the dimensions connected to it. Not being able to stop Babel alone she enlists the help of Colin King AKA Ninjak. At MI-6 Ninjak recruits the help of the two beings on the planet who know more about The Deadside than anyone, Jack and Punk Mambo however Jack is hesitant to go. The events of Operation Deadside reveal that Jack spent a lot of time in The Deadside under the control of Master Darque, an evil necromancer. Jack did Master Darque’s bidding as the much feared Magpie and is not in a hurry to go back. Jack eventually agrees to go and the team go off on their dangerous quest.

In all honesty not a lot happens in the first issue. It’s a lot of set up mostly done by Tama and the other heroes don’t show up until the tail end of the issue. I have no doubt the rest of the issues in this mini series will pick up. The comic’s writer Matt Kindt has done great work for Valiant including Ninjak and most recently XO Manowar. You can check out my review of the first issue of XO Manowar in this link XO Manowar #1 review. The fight is never over.  This is the first time in a long time that Valiant has explored the more supernatural side of their universe and look forward to seeing the rest of the story develop with the remaining three issues.