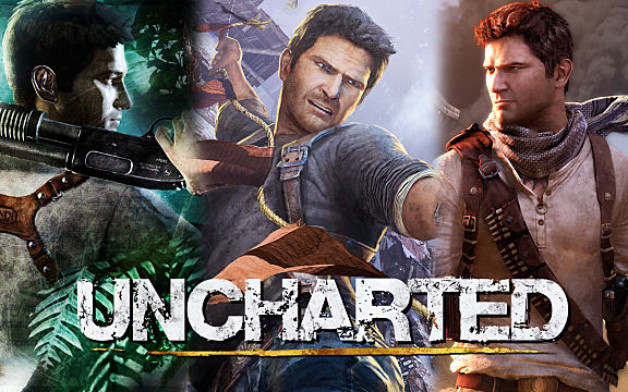 Video Game Narratives are one of the most explored topics as of late when discussing the medium. They are an intricate aspect to the craft that’s often overlooked and their presence can make a game better or worse. Some games focus on story while others focus on gameplay and the best games find that wonderful balance. The Uncharted franchise is one that has a deep foot in both camps, and does so masterfully. Each game in the series has a heavy focus on cinematic narrative while delivering pulse pounding action and set pieces often blurring the line between the narrative and the gameplay excellently.

The series is especially heavily influenced by Hollywood’s films. It’s a big emotional action/adventure franchise with recurring characters and themes. This series is a love letter to all of Hollywood’s best films. The thing that sets it apart though is that their stories and their medium have allowed them to outshine Hollywood in nearly every regard. Uncharted has found a way to beautifully deliver an homage to the films that have captured the hearts of many, while also having the freedom to move above and beyond said homage. It’s an impressive feat and to really understand this it is important to look at all the elements and how they have surpassed Hollywood at its own game.

The Narrative approach of the Uncharted series is unlike any other game. Each entry usually had a mythical place of legend to uncover in a complicated narrative that had Nathan Drake contend with a villain that ranged from having motivations of war to motivations for much more personal reasons. The story led players across the globe in often remote areas dealing with waves of bad guys while Nate has to solve puzzles and discover the hidden secrets these mythical places have in store. It’s a seemingly simple concept, but the beauty is in execution. In how these stories intricately weave tales that get more and more complicated as more is revealed in addition to giving the perspectives of all of the characters. Anyone who has dived into the story of any of these games can see how they balance it with the other most important aspect, Gameplay.

The aspect that makes games such a unique medium is the interactivity of the narrative. The ability to have full control over the character. The game asks you to take part in the action. Your actions impact the progression of the narrative.  You are the hero and while many games have flimsy narratives to get the player from one area to another highlighting the gameplay, Uncharted has taken a different approach. It has employed a team of writers to craft a story worthy of any Hollywood action or adventure film. It’s no surprise that it is heavily influenced by the Indiana Jones films with the mystical artifacts in an adventure genre. This in turn allows the gameplay to be incorporated into the World Building, which is incredibly crucial in immersion.

The graphics of the games always looked good, but each entry has worked to outdo themselves with the lush and gorgeous landscapes that Nate finds himself in. The World is fully realized from the snowy mountaintops to the green forests and even the barren deserts. These landscapes help to immerse players in the story. They can bring you into the world in a way that even movies can not. They put you there alongside these characters you play as and with. It’s a completely unique experience to gaming and to this series.

The series is known for many things, but one of the most thrilling things it is known for is creating huge set pieces that the player can interact with such as  thrilling car chase sequences in Uncharted 2 and 4 as well as a battle on a plane while it’s in the air in Uncharted 3. The physics of the games engines make you feel as every harrowing moment and it doesn’t take controls away from you. I can still clearly remember being blown away by the collapsing building when I played Uncharted 2 for the first time. It’s what has endeared that game and this series in my mind as some of the most thrilling moments of gameplay. These set pieces culminate into Uncharted 4 and Lost Legacy that completely immerse you into every action that happens on the screen, which is a powerful tool that Hollywood films as of late have not replicated,

In a way Uncharted continues in being the ultimate Hollywood Blockbuster in that many of these iconic set pieces would be extremely difficult for a film to show. The levels of intensity in these moments would be difficult to capture effectively and without that layer of interactivity Hollywood can’t exactly find a way to top that. Uncharted by default can handle this a lot better seeing as they don’t have to pay for a huge stunt team or go all out on special effects, because whatever they can imagine they can seamlessly create in game. This is one area where Uncharted can naturally soar, but there is certainly one other factor worth mentioning that the series is known for.

In a similar vein to that of the narrative it would seem as if characters could take a back seat to gameplay in the medium of video games, but in Uncharted’s case the characters are the entirety of why this series has such a lasting effect. Nathan Drake, Elena Fisher, and Victor Sullivan are names of the characters that are extremely memorable. They are not only entertaining characters from a gameplay perspective, but they are well rounded and written individuals. They each have their own backstory that has led them to this point in their lives. They are fully realized individuals and they all play their parts. Nathan could have easily been a one dimensional action hero, but the writing and the excellent performance from Nolan North allows him to be a multifaceted character who makes mistakes. Same goes for every other character in the series. They are often excellently performed by the actors who portray them and even the villains for the most part have layers.

These characters are what makes the series works and in turn how they can outdo Hollywood characters. There are many movies that wish they could have as fully realized characters as this games does. This is partially due to the time you spend with them, but also how each character has been written. The narrative’s strengths come from the characters and that is why it has garnered so much fan appreciation. Hollywood films don’t always allow for characters to be the driving force. They use their narratives to try to make up for uninteresting characters and that rarely works.

What Hollywood Can Learn

The main thing that Hollywood could take away from this marvelous series is finding filmmakers who are willing to build fascinating characters by doing their own thing. This series came from a place of complete passion for adventure style film. That passion translated with talent has allowed for a compelling series of narratives and even more compelling characters. This is what makes this series work so incredibly well.

Filmmakers need to work from a place of passion. Without passion and risks there are no real rewards. Hollywood’s fears of taking risks more often than not result in some stale and repetitive films that hold no merit. Hollywood needs to regain that fearlessness because that is what leads to inspired works that can influence and inspire people.

I grew up like the creators of the game heavily inspired by the Indiana Jones films. They gave that sense of excitement and creativity that can be only be produced by passion. Without passion and with strict guidelines from studio oversight it only stifles passion. The biggest thing that Hollywood can learn is to allow passion and specifically talent to flourish unrestrained.

The Uncharted franchise is one of the greatest game series of all time that deserve all of the merits it has received. It has left a large impression on myself. I’m a filmmaker and these games scratched that itch for incredibly original Hollywood Blockbuster style entertainment. They even moved passed that in inspiring creativity. Hollywood’s films have been lacking in this department at times and this franchise has picked up their slack.  If you have yet to play them I highly recommend you pick these up. Each game is certainly worth the time.