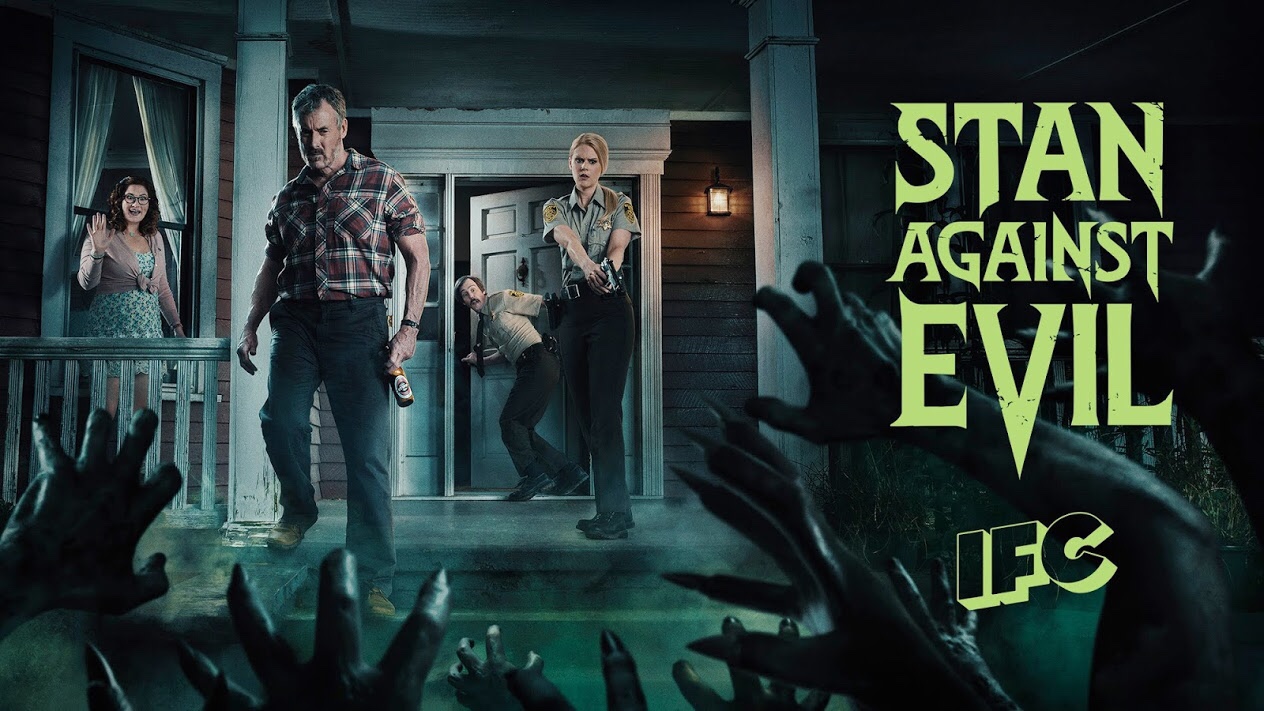 Bang out some spells and spring some trapped souls this Halloween with the premiere of IFC’s horror-comedy Stan Against Evil.  In the all-new official Season 3 trailer, unveiled today at New York Comic Con, catch a glimpse of the nightmarish moths, possessed puppets and evil plumbers (yeah, you read that right) swiftly taking over the quaint New England town of Willard’s Mill.

In addition, Stan Against Evil is celebrating its Halloween premiere in two all-new promos, one paying homage to some‘thing’ strange and another highlighting the debut of this season’s must-have trick-or-treat masks.

The new season picks up immediately after the events of the Season 2 finale, with Stan and Evie back in Willard’s Mill dealing with the consequences of Stan traveling through time to save his dead wife Claire.  In doing so, he inadvertently opened a portal between the Land of the Living and the Land of the Dead…allowing evil forces to truly take over the town and even some of its inhabitants. Although always the skeptic at first, Stan must work with Evie to once more save the town – even if it means making a literal deal with the devil. New and returning guest stars this season include Scott Adsit, Maria Bamford, Matt Braunger, Christopher Mintz-Plasse and Eddie Pepitone.

For continued updates on Stan Against Evil, please check out: