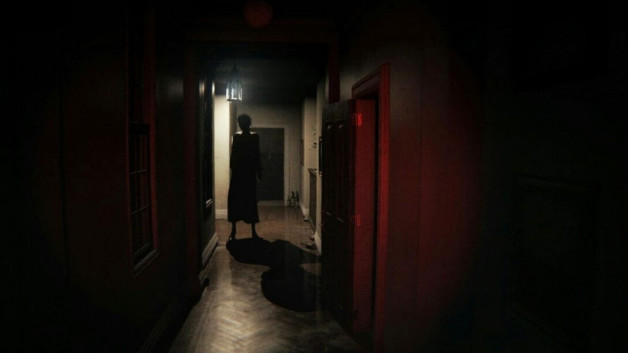 The Halloween Season continues to bring about it’s scares, it’s fun, and its celebration of allowing a safe way to unleash the creepiness in all of us. It’s a fun time of the year that has become something of a big deal to myself as I take all of October to celebrate and in doing so I want to discuss one of my biggest passions around the season and that is Horror in Gaming. While a majority of games often dive into the genres of action-adventure narratives and shooters there is a still a huge percentage of gamers who to look to horror as their main type of game and it has been a genre that has not only stuck around for some time, but it’s also one that is constantly being looked at and in some ways improved upon. It’s become even bigger with the increased eye from famous youtube personalities playing these games. The genre is doing it’s best to top itself and with the flood of horror games over the years there are a few that have stood out as great. It’s the perfect time to look at what makes a great horror game. While this topic is similar to what makes a great horror movie this is a different beast altogether because of how different the mediums are. Here is an in depth look at what makes a horror video game great.

The first point of similarity within horror film and horror games is the heavy reliance on atmosphere. Atmosphere determines the mood and the overall sense of dread that is necessary for horror.  There has to be a sense of uncomfortableness in said game and there needs to be a feeling that anything could happen at any time so that you as the player will always have to be on your toes. There is nothing safe and The tension needs to build from that feeling and the way the game is developed from the environments to the style plays into the atmosphere. One of the greatest game series that does atmosphere brilliantly is that of the Silent Hill games where the narrative and environment is based upon a smoke filled town. The game uses that smoke to hide monsters, ghosts, and other enemies in it. The player has to make their way through this smoke and what that does is create a beautiful sense of uneasiness because you can’t see everything clearly. The Smoke quite literally layers the game in mystery and it heightens the tension because of the lack of knowledge of your surroundings. You never know what will happen and fear of the unknown is a brilliant fear to capitalize on because most humans have that.

There are several games that use their atmosphere to full effect. It’s incredibly important to build a world that also isn’t about jumpscares. While games often use those tactics like film does and even though it can be a great tool it can also be a hindrance to actual tension. I’ve seen a fair amount of indy horror titles rely solely on jump scares, but neglect that what makes something great is all of the aspects including the building of the World, characters, situations, and the tension. If you neglect creating a fascinating world then you are completely taken out of the atmosphere building that needs to occur so that you may feel the dread. If a horror game fails to make you at least uneasy then it has failed at its goal. Great horror games reward players with scares that feel earned and a world that’s worth adventuring in even if it is uncomfortable.

In connection to building an atmosphere that feels appropriate it’s also important to understand how immersion can come into play. Games in general are inherently more active experiences. They force you to interact with the environment in the game world and make you a part of the scenario, which is why Immersion is such an important tool. When immersion is mentioned it’s often in relation to how realistic something may be, but immersion is not just about realism. A highly stylized Game world can have immersion in that it is able to draw in the player in whether it be through it’s unique qualities, storytelling, gameplay, or all of the aforementioned. Being able to completely absorb the player is incredibly important and the ways in which each game does it can be vastly different.

With horror in particular a means of immersion that often works really well is putting the game into a first person perspective. A lot of games have used the first person device and some of the best games of all time use this perspective to make the player feel like they are seeing through the eyes of the lead character. They are projecting themselves onto this character. That can have a lot of narrative impact in the way that things are often laid out. With horror the first person perspective can be used to immediately make you feel more immersed into the world.  It is essentially your eyes directly engaging with the environments and experiencing whatever is lurking around in the dark. Third person horror games do work and have worked, but that in a way separates the player just a bit from the world they are exploring. Many recent horror games use the First Person view to their advantage. The hit game, Outlast brilliantly used it to its advantage in multiple ways. The game drops you into an Asylum where things have gone completely wrong and the only thing you have to use is your camera and your ability to hide. The camera becomes crucial because instead of using a flashlight you have to use the night vision and your camera battery can run out if not careful. If you are not careful it has the potential to leave you completely in the dark. Its first person perspective immerses you into this insane and terrifying environment. You feel like the main character because you see through his eyes and that is one of many reasons why that game works so well.

If you feel like you are immersed into the world the easier it is for Game Developers to develop appropriate moments and scares that make a horror game excellent. Immersion comes from great game design and that includes all aspects from the story to the characters to the scares and the creative choices made to deliver all of this in one intense package. Without immersion the game certainly can’t be great.

The single most important aspect of most games is that of the controls. The ability to move one’s character or to interact with the presented environment and story. Controls in games are incredibly important and without a solid control scheme or gameplay mechanic the game will fall apart quickly. The best games in the genre have a certain indelible quality in their mechanic which has the ability to separate themselves from other types of games. One of these unique qualities is horror’s insistence on taking away control from the player. Making them feel like nothing is in their power and often times great horror games do not use offensive strategies as their mechanic. They often take away the player’s ability to fight or defend themselves.

A truly landmark horror video game that came out within the last decade was the incredibly well regarded Amnesia: the Dark Descent. Instead of focusing on defeating enemies the game had a few singular enemies that when approached there was no stopping them. You had to use your wits to hide from and distract the monsters in the game, which was a really unique and well executed game mechanic. It seems counter intuitive to take away control from the player, but by doing so it heightens the tension and forces you to think and play much differently than before. It’s a similar reasoning behind the fixed camera angles in the early Resident Evil games. They took away the player’s ability to control the environment putting them in a vulnerable position. The lack of control over one’s environment is a common fear that we all have and these games use their limited controls to cause that fear to be brought to the surface

In other instances games have given the player a lot of control over one’s situation in terms of weapons and tools, but they instill fear through the sheer number or strength of said enemy like in the Dead Space series of games. The entire aspect of fear is the vulnerability even if heavily armed and each horror game does things differently, but what makes a horror game great is how the controls are used to heighten the fear regardless of the style the game it is. An amazing balance between the gameplay and all the other aspects are what makes the controls memorable and important. These elements combine together to create a great game.

Games are quickly becoming just as impressive mediums to tell stories as any other. They have the unique ability to put a player into an uncomfortable situation while also allowing them to interact with the situation. A great horror game like a great horror film uses their respective mediums to build atmosphere and immerse the person viewing or playing into this world. They make them afraid of what is coming next. They terrify them, but still in a safe and fun way. A great horror game relies on adrenaline the same way a great horror film does and in this instance a horror game is perfect to play when you want that fun of being scared. It’s perfect if you want an escape from normal life and you want something to celebrate the Halloween season.