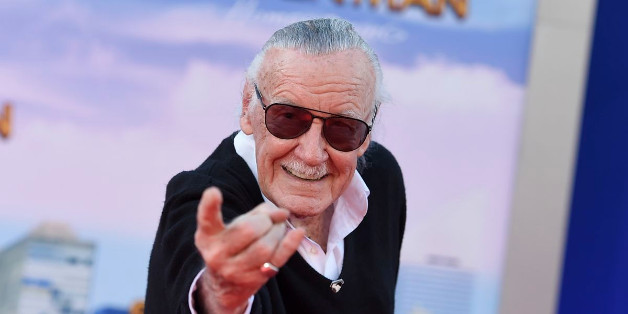 On November 12th, 2018 the World lost a true cultural icon in Stanley Martin Lieber or better known simply as Stan Lee who was 95 years old. “The Man” held many hats and titles through his life and his impact is felt greatly especially in the boom of the superhero movie genre. His passing has been felt globally with everyone including myself in a state of mourning over the man who changed so many lives and had such a huge impact over the world of comics and over popular culture in general. While we may mourn for the loss of him we should take some time to look at all that he has accomplished in his long and incredible life. He deserves to be celebrated in many ways and it’s a perfect time to celebrate what made Stan so incredibly special and legendary. With love here is a brief tribute to the man we all knew and loved so deeply.

Stan was born on December 28th,1922 in New York City. He was born to Romanian-Jewish immigrants trying to make a life in Manhattan in New York which at the time was a land of opportunity. He had a younger brother named Larry and he grew up during the midst of the Great Depression, but one thing that truly influenced him as an artist was that of books, films, and entertainment. While that time frame was an incredibly difficult time for the US in general, Stan fell in love with heroes of novels and of the big screen including that of Errol Flynn who was best known for playing the heroic Robin Hood in films of that time. These heroic characters would go on to shape the course of his life from here on out and influence every character he would inevitably create.

He worked at many odd jobs when he was a teenager until in 1939 with the help of his uncle he landed a job working at Timely Comics. He started small helping out wherever was needed until he got the opportunity to write on issue #3 of Captain America where he first adopted the pseudonym, Stan Lee which as we all know would eventually become his legal name. This was a test to see his talents and by 1941 he was writing some early comics, but in 1942 he enlisted in the war where he worked repairing communications equipment and eventually moved into the film production where he assisted in training videos and occasionally doing cartooning. He returned from his time in the war in 1945 and went back to writing comics all throughout the 1950s. At this point Timely was known as Atlas Comics and during the 50s superheroes weren’t the driving force of comics. It was mainly Romance, Westerns, Sci-fi, and Horror.  Stan worked on several comics that fit into some of these genres and by the end of the 1950s Stan was about ready to quit comics because he had gotten tired of it.

Stan’s story could have ended there, but something happened that would not only change his life, but also define who he was and made him a legend.The reignition of the Superhero genre. It saved his legacy.

It was the 1960s and DC comics was able to revive their Flash character with new blood and superheroes were starting to rise up yet again, but it needed push from some new ideas. Stan Lee came into it with Jack Kirby by his side and created an entire slew of major characters starting with the Fantastic Four over at Atlas. Atlas was a good name, but during this time it changed name yet again to that of Marvel Comics, which is the name we all know and love. This change was aided by the Fantastic Four, which turned out to be a huge success and with Stan’s vision as well as other talent like Steve Ditko they worked hard to bring the superhero genre back, but stronger than ever with characters that included, Thor, Hulk, X-Men, and Doctor Strange. All of these characters were the sign that superheroes were back and because of Stan’s decisions these characters weren’t perfect people. Their unique qualities were their very human flaws and these characters had more depth than those present at DC comics at the time. Stan Lee’s writing and creation of these characters built Marvel into the powerhouse that it remains to this day. While each of these characters were massive and crossover hits like the Avengers were huge nothing could compare to the creation of Marvel’s most successful character, Spider-Man. Spider-Man’s youth was a benefit and his relatability struck a chord in so many people.  All of these traits came straight from Stan’s imagination and this character remained one that Stan was always extremely passionate about.

The 60s cemented Marvel as a domineering force for superhero comics and this is largely due to Stan’s creative passion and vision. He cared about the world and characters he created and co-created. He had talented people he worked with and he turned so many new characters into icons which in and of itself was an incredible goal. His Legacy was built upon this era and this in turn led to his ultimate status as a Pop Culture Icon and Visionary.

Stan was brilliant at selling himself and he was brilliant at speaking, which allowed him to successfully build himself a career based on this charisma. His talents in creating characters was only outmatched by the continuing relevance he was able to maintain.

With the popularity of Marvel comics and Stan’s characters it was only a matter of time before Hollywood would come to adapt his creations and they most certainly did. Stan was incredibly proud of the work he did and he was more than happy to be involved in the years of film and television adaptations that would come of it. He loved these works from Hollywood and he was able to stay active throughout the years. When it came for many of his characters to crossover into film he was there to lend himself to any and all productions beginning his long and incredible run at being cameos in so many productions. His cameos in recent years have become one thing fans always looked forward to. They became more elaborate and they used him more and more, which in turn just made Stan even more recognizable and more popular.

His visibility was only outmatched by his constant showing of appreciation to his fans who he called “True Believers”. He loved all of his fans and he was extremely happy to give to them in any way he could. In doing so he essentially became the collective grandfather figure to so many people. His love and positivity in combination with his humor led him to be eternally loved by fans the World over. He became an icon because of his talents, but also because of who he was and there wasn’t anyone quite like him.

Stan Lee is a legend. He built a legacy for himself, he showed love to his fans, and he was a person who represented all of the good qualities of superheroes, which included Love, compassion, excitement, personality, and a willingness to take care of others. He was a symbol of what comics meant to so many people and the impact his characters left was unlike anything else. He truly is a legend in every sense of the word. I had the opportunity to meet him on more than one occasion and he exemplified these traits even in the smallest of interactions. I know that I will most definitely miss him as I know so many other people will, but in the end he had an incredible life and he changed the World. That is a beautiful legacy to leave behind. ‘Nuff Said.

We Love you, Stan.