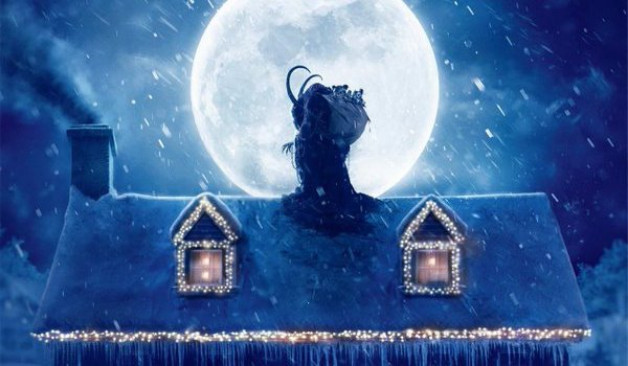 The Holiday Season is upon us. The lights and decorations are going up, Christmas music is blaring through many radio stations, and Chanukah is in full swing. The end of the year is always a celebration of life, love, and showing kindness to those around you. The air is cold and the Winter is ahead of us. With all of this Holiday joy there are many options for pure entertainment with Hollywood deciding to release their Christmas films. Many of these films fall into a similar category of family fare that is typically harmless. While there is nothing inherently wrong with that I have a much different desire for something not typical.  If you are like me and love to celebrate Christmas, but feel like your Holidays can be a bit more dark and different then look no further. I love what are known as “Alternative Holiday Films” where they are often centered around or during the Holiday season, but they cross genres and are very different from your typical Holiday fare. I generally try to enjoy these films during this season, but I wanted to share with you three great and interesting examples of this type of film so that you can experience a bit of what I love to experience.

It is no secret that I am a huge fan of horror and my articles for the Halloween season this year should be a great example of that love. While the season for scares may be over my love of the genre extends to the remainder of the year as well and on occasion I enjoy horror films centered around certain Holidays. One of the most recent examples of a Holiday themed film is 2015’s Krampus.  This film is a wild ride that deserves your attention during the Christmas season. Krampus is a 2015 Horror/Comedy about a dysfunctional family meeting up for Christmas together and while personally things are going wrong the young Max begins to lose the spirit he has for Christmas, but little does young Max know that his loss of spirit has incurred the wrath of the mythical demon, Krampus.  This dysfunctional family must learn to work together to survive Krampus and his helpers who are all demonic versions of Christmas toys and elements.

This film brings it up a notch when it comes to over the top laughs and genuinely well made scares. The film’s use of many practical and puppet effects lend itself to a highly unique Christmas film where Joy and happiness are replaced by danger at every corner and thrills. It was written and directed by Michael Dougherty who is best known for his 2007 Holiday themed film, Trick R’ Treat. This film in a similar fashion to that one leaned into comedic elements at times, but unlike that film which has an R Rating this film earned a PG-13 bringing about the same tone that the 1984 film Gremlins did when it comes to mixing humor and horror during the Christmas Season. Krampus got fairly decent reviews, but I feel it has been forgotten in the mix of horror as of late. It’s an extremely funny film with great visual gags and moments lead by a stellar cast of mainly comedic actors. If you’re looking for a film that doesn’t fit the Holiday mold, but isn’t totally alienating Krampus is a must see.

While Krampus may be a PG-13 fare with a focus on horror and comedy this next film leans much more heavily into action with an R Rated approach.

In addition to horror I grew up being fond of action films and especially seminal action films from the 1980s. They shaped my taste in cinema and some of these films have made a huge impression upon me and how I view films. They have a certain level of thrill that most other genre films can’t quite match up. Action is a genre that can be viewed at nearly any time of the year and it may not seem a likely category suited for the Holidays, the 1988 film Die Hard makes the line between Holiday movie and action movie a little blurrier. Die Hard follows Officer John McClane as he travels to Los Angeles to meet up with his estranged Wife on Christmas Eve. While arriving to her office building it is taken over by a group of dangerous terrorists. John is then forced to save not only her, but the rest of the hostages trapped inside through his wits and abilities as a cop.

The film in all purposes is really not marketed or set as a Christmas film. It’s a film about survival, but in a unique twist Christmas is at the center of its story. The movie relies heavily on Christmas imagery, decorations, and references to the Holiday. Without spoiling anything Christmas elements play a big part in many scenes. It’s is a perfect example of an alternative Christmas film because it isn’t typical in the slightest. It’s not only a fun film to view during this festive season, but it’s purely just a great film from the lead performances from Bruce Willis and Alan Rickman to the incredible action set pieces. It delivers in spades all that it sets out to do. If you want to celebrate some action thrills and still enjoy the festivities of the season I highly recommend it.

While Krampus may have focused on horror and Die Hard focused on action this next film’s approach is something completely different.

Comedy and Christmas go together as much as horror goes along with Halloween. Comedy is a genre that I adore and there are many excellent examples of comedy that have made an impact on our culture especially during the Holidays, but there is a comedy film that stands out among the rest as a black sheep. It’s a Christmas comedy that intentionally does things differently and makes itself a stand out. Bad Santa is a 2003 dark comedy starring Billy Bob Thornton that follows Willie T. Stokes, a con man who drinks himself into stupors and only has one job working as a mall Satna, but his partner Marcus and him invest in staging a robbery of the department stores. These plans gets sidetracked by Willie’s alcoholism and a kid who refuses to leave his side. The kid begins to melt that dark heart of his, which makes  Willie begin to question how he lives his life.

The film follows a similar formula to other films with a crotchety and mean person learning a bit of Christmas spirit, but what makes it different is just how cynical Willie really his. The film is extremely raunchy and works to earn its R Rating with Billy Bob Thornton brilliantly taking on the role of an extremely unlikable person. This film is dark in its cynicism and dark in its execution of how he treats characters, but in the end this changes.  The film sets the bar low for the character so that any sort of emotional growth can be miles for him. It’s a very funny film that embraces the Holiday without all of that pesky joy and kindness. If you are looking for a film that embraces darker comedy and isn’t willing to pull punches during Christmas this film hits that mark very well. It’s funny, well made, and in the end expresses optimism through the cynicism of the lead character. It’s certainly worth your time.

It’s easy to go back on Christmas movie staples and I often find myself doing the same thing. Classics are classics for a reason and deserve the recognition they get, but alternative Christmas movies deserve just as much love. They take on the Christmas movie tropes and they find a way to do their own thing, which often leads to more memorable experiences. It’s fun to find things that don’t fall in line with what is typical and it’s incredibly important for these alternative films to exist. I hope that my suggestions will give you something new to enjoy this Holiday season while you spend your days with your families or with your chosen families. Everyone deserves to be with people that care about them and it’s fun to experience something a little out of the norm.