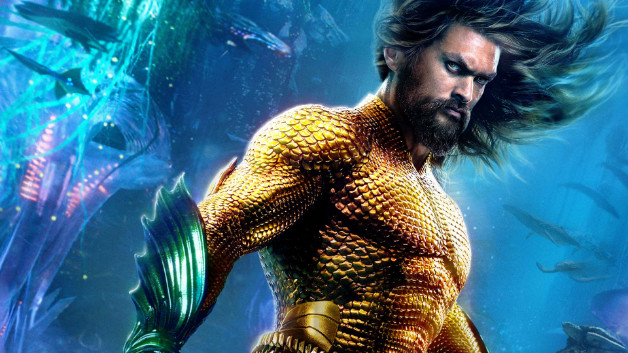 It is the beginning of 2019 which means it is officially award season for film and television. The 76th Annual Golden Globes Awards was just held with some of the most widely praised films of the year being put up for nominations and even some winning a few awards.  It was a milestone that Black Panther was nominated in the Drama category, which is a rare for a superhero film to be recognized in any way. Superhero films like many other types of Hollywood produced films are often thrown into the overarching category of Genre films. This essentially means films that aren’t dramas, but more along the lines of comedy, horror, action, and science fiction. These multitudes of genres are lumped together as “genre” films and are far more often than not considered less respectable than Drama. They are so often treated as a lesser form of entertainment and while in many instances there is some truth on the whole Genre films don’t get the respect they deserve. With the Award Season occurring and many deserving films being recognized it is a perfect time to look at Genre films and see why they are often treated much differently from those other award winning films.

I think that there is something at play with the ideas behind what an Award winning film must be and what a Genre Film must be. There is often a lack of understanding with these works of film. Whether they deserve attention purely because they tell a real story or that because the stories told in genre films are so fantastical or more mass appealing that they don’t achieve the same level of art. I think it is extremely easy for certain people to get a notion of what either type of film has to be. They get so stuck in this mindset that they often overlook the potential for learning about film from any film that is released. Even the worst genre film can be a teaching moment.

The preconceived idea of what art can be is a real issue when discussing and understanding  the basics of film. There seems to be a sense that films that don’t bask in the entertainment value and instead focuses on the dark, gritty, or emotional connections deserve this greater layer of respect because it expects the audience to follow it’s emotional ride and connect. These films aren’t hand holding types of films, but this notion can oftentimes be very wrong and misguided. There are the award winning films that don’t do that, but still get put on a higher pedestal and it also fails to recognize that Genre films can and have connected on a deeper level. This layer of misunderstanding comes with it a sense of arrogance in what deserves to be praised. It is also an easy way to shut off any potential gain that a Genre film can deliver. These notions can be shifted in time and will as younger critics that respect Genre films rightfully step up and have a larger say.

Changing ideologies and perception can be quite a challenge, but open minds are needed to do so and there are some hindrances when it comes to discussing the validity of Genre films at the same level. There is the ever looming ideas of consumerism.

The Line Between Consumerism & Art

The Film Industry is a business. There is no getting around the concept that many many films including the superhero films we love are made by studios with the sole intention from making a return on an investment. The business of film is almost just as crucial as the art because these films are designed to not only tell a story, but to also make money. That’s how bigger companies survive and how they thrive. With this in mind a lot of genre films fall under the category of bigger budget films purely designed to sell products. While some of these larger films have filmmakers who genuinely care about the art there are some examples of films purely made to make money and that comes into play when discussing the validity of these films as just as important art.

One of the best and most negative examples of consumerism taking control over art would be in the Michael Bay Transformers films that worked extensively to place as much product placements into the film to make money for the studio. It was shameless, but it worked in achieving the goal of making money. In addition to this there are ways in which studios create films purely to sell products in a similar way that Batman & Robin was made to make money off of toy sales as well as the cartoons of the 1980s including Transformers and He-Man. These methods bleed into the products they create. Their reach is powerful and they can be truly effective. This tactic of consumerism is what creates a massive bias against Genre films in the first place.

These negative examples bring down entirety of Genre films because of oversight from studios and greed. This attitude of making money shouldn’t bleed into the end result. While Genre films can easily become these larger than life blockbusters there are smaller films that are also considered Genre pieces that do great things and often times get ignored. There is a line between the art of a work and the entertainment value, but many times if the work achieves its goal of entertainment there is something powerful about that.

The Line Between Art & Entertainment

There is a definite line between entertainment and saying something deeper, but that line can and has been blurred on more than one occasion. Sometimes Genre films can speak more to who we are then the next dramatic true life story or human tale. Sometimes masking the message in a more entertaining package or a familiar genre can really say something deep.

The Superhero Genre is a genre that I have mentioned and discussed before, but it does something that even dramatic films haven’t done. It gives the audience and especially children something to look up to. It fills people with hope of good, which is incredibly powerful. Even the darkest of films tend to fall back on the theme of hope and doing what is right regardless of how difficult something might be. It’s a powerful and moving message.  These fun icons mean the World to so many people that denying the validity of their film because it isn’t realistic is incredibly nearsighted. The art lies within the point it is trying to do and within the ways it is connecting with an audience.

There are many other examples of utilizing  Genre films to tell even more complicated and interesting stories. 2017’s Blade Runner 2049 is a brilliant example of taking the groundwork the original setup and using its broader themes of Science Fiction and action to tell a very real and very human story. The balance between of man and machine is a popular topic in Sci-fi media, but the way that it is handled in that film was artistically crafted in a noir aesthetic. It’s an introspective film about what humanity has the potential for and how we can squander that said potential. It’s a beautiful film that’s only recognition it received was technical even though it’s themes were well thought out and layered. This film wasn’t seen in the same light as certain other films and it’s sci-fi aesthetic was difficult for many people to get over.

The superhero genre and Blade Runner show opposite sides of the artistic spectrum of Genre films, but they both share an inherent value of entertaining. The difference between art and entertainment can be easily blurred because no film or piece of media is exactly one or the other. They are both and it can be a beautiful blend, which is needed when reality can be such a difficult place to stay in. Falling into fantastical elements can make such a huge difference.

The main reason that “Genre” films are often ignored is because they don’t fall into a realistic guideline. They take more broad approaches to reaching some of the same conclusions, but they can be just as incredible if not better than any dramatic film. They deserve the respect and that’s why I continue to write about these types of films because they are worth discussing. They are worth the same artistic merit. They are worth the same level of appreciation. They deserve to be remembered.

‘EXCELSIOR! A Celebration of the Amazing, Fantastic, Incredible & Uncanny Life of Stan Lee’
‘Survival of the Apocalypse’ – A Film by Anthony Caban