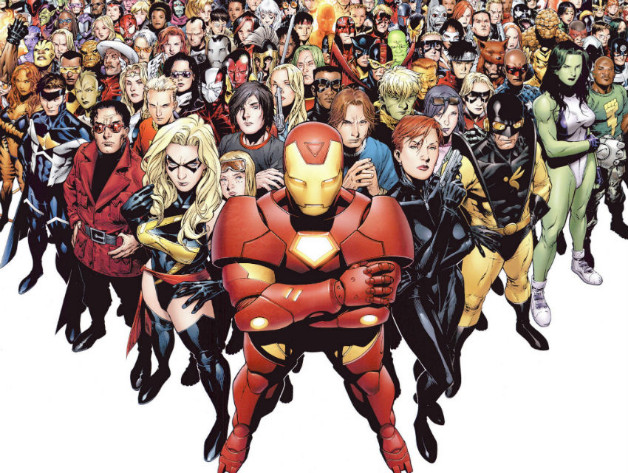 I tend to try to keep up with current events from all across the spectrum from comics to politics to entertainment. I like to keep an eye on what is going on in the world and something very recently caught my attention and I wasn’t the only one to notice it. This past weekend on an episode of Real Time with Bill Maher there was a specific rant at the end of an episode which tripled down on an article Maher wrote back in November of last year. His statements were concerning the apparently childish behavior he saw from adults getting enjoyment from comics and comic-based properties. He used Stan Lee’s death to further his point because people mourned him and he thinks you have to be a child to enjoy that medium and if you so happen to like them you have to grow up. These are par for the course of Maher, but they still echo some very wrong and extremely ignorant sentiments that some people still have for those that enjoy comic books and comic book properties. It so happens to be 2019 and a lot of old debates and sentiments are still being brought up again and again so with those comments from Maher and from a lack of understanding from non-fans it is important to look at why these sentiments persist and why they are still inherently wrong.

With all of this hate towards comic books and properties based on comics including film and television there is a lot of wrong ideas being pushed by individuals like Maher. There are a ton of misconceptions about the medium of comics and the adaptations of said comics. They often have an expectation that does not hold water under any scrutiny.

I think one of the biggest misconceptions is that superhero comics are the only comics that exist. They conflate superhero narratives with the entire medium of comics and I can understand how this misconception has become a reality. The comic book medium really did create the superhero as we know it with Superman being the first hero of its type wearing a suit and being able to fly with all of the associated super powers. This superhero style is what put comics on the map, but it isn’t the entirety of the medium seeing as there are many types of stories being published in multiple types of genres as well as all types of literary depth. The superhero genre has taken over the film industry and it clouds all of the other types of comic stories that are constantly being published. An example with this is that people have forgotten entirely about the horror genre of comics that happened to be popular during the 1950s. The horror genre is still very much present in comics, but if you’re an outsider to this all you will really get to see is superheroes and that paints a different light on the entire medium.

An important misconception is the idea that comics are designed for kids. While superheroes might be popular with children, adults have found comfort and depth in their overarching messages and themes. The content and the quality in comics can range seeing as many of them are aimed for a mature audience and this also goes for adaptations with certain shows and films having adult situations as well as deeper thematic strengths and ideas. This concept of mature content leads right into the realities of what comics and comic-based properties are which is in direct contrast as to what certain individuals believe them to be. They are a medium exactly like any other artistic medium

The reality of comic properties is vastly opposed to what people can often times assume them to be. The combination of art and words in their eyes suddenly makes people see them as an invalid form of expression, when in reality this attitude is incredibly ignorant. The truth behind this art that we geeks love so much is that it has an immense amount of nuance like any form of art in any particular medium.

Comics are a combination of visual mediums in that artistic ability comes into play when being able to present any form of narrative. In many ways it is a hybrid art that takes inspiration from both film in the visual sense as well as a novel’s ability to be descriptive in its storytelling. There is a level of dedication to the craft that any true artist has and it can be felt in any medium. In film you often see the passion from a director and you also see this same passion in a painter and in a novelist. These people who create art in different mediums have a passion that comes from the heart and that passion can also be found in people who work hard to create comics as well. If you follow the history of comics there has always been that creative touch that has been applied from the artist involved in bringing these stories to life. They often incorporated social themes and messages with their stories including Wonder Woman’s feminist origins as well as the X-Men and their metaphor for the civil rights struggles of the 1960s.

The depth is not limited to the fun of action and adventure, but also the humanity present in many stories. The award winning graphic novel known as Maus used the metaphor of mice and cats to substitute for Jews and the Nazis during World War 2 and that book grappled with true life tales of overcoming the holocaust. Alan Moore’s Watchmen grappled with a sense of disillusionment felt during the Cold War. These comics aren’t made for children. They are adult tales with serious implications and they often spoke to grander themes than what is really given credit for in this medium. This disconnect between what is expected of comics and comic-based adaptations  and what is actually delivered are two very different things and there is a certain barrier that needs to be broken down.

Breaking Down The Barrier

I think that there is a barrier between the reality and what is assumed and I feel like with an open mind some of these people who criticize could learn about the merit this artistic medium has. It is a medium like video games that are too often labeled and categorized by people who refuse to understand and those people could learn the most if they took the time to actually listen. Some people I’m certain can absolutely do this while others can not.

There is an inherent stubbornness when condemning an entire medium and the people who enjoy said medium.  This stubbornness can be the result of age and it can also be the result of arrogance and an unwillingness to venture out of their comfort zone to learn that there is more to art than through a novel or anything else that they consider to be an actual artistic creation. These people are the ones who could learn the most from allowing themselves to view a medium without the arrogance of superiority. Removing that attitude can allow these people to become more open minded in many aspects and allow them to become better people so they don’t feel the need to tear away the enjoyment of other people because they refuse to understand it.

Comics and the properties based on them are just as valid as any other expression of art.  They can be as meaningful or meaningless as any of the other medium and they deserve to be analyzed in the same context as anything else. Those that tend to tear them down have stunted their ability to learn from said artistic expression and in turn they alienate the millions of people who have learned so much positive things via this medium. It is a medium that I love and it is not going away anytime soon.

Fast and Furious Is Back!
REVIEW: ‘The Lego Movie 2: The Second Part’