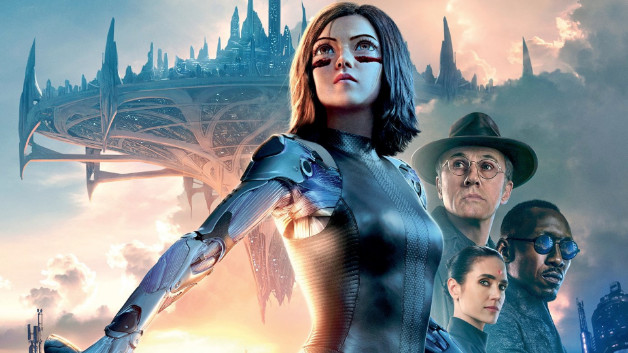 Japan has become one of the most influential nations. With their continued export of technology that has changed the world it is no surprise that they would be largely responsible for creating some of the most popular Art. The Gaming industry has thrived because of Japan’s innovations, but their more traditional mediums have also touched many people. The art of animation and comics have been improved upon through Anime and Manga respectively. These two very Japanese expressions of these mediums have changed the way that people have not only created art, but in the way they presented their art. Their work has inspired many and has launched a global phenomenon of fans including conventions all throughout the World. It is no wonder why Hollywood has often wanted to take on these properties and make American adaptations. This seems like a logical step to take, but the results have more often than not been extremely poorly received financially, critically, or sometimes both. It is incredibly difficult for Anime or Manga to be adapted into Live-Action especially when it is being adapted into a Western cultural perspective. With the recent mostly successful release of the film, Alita: Battle Angel it is a perfect time to take a look at all the reasons as to why it is extremely difficult to adapt Anime and Manga.

Anime and Manga like many forms of specific art have their own unique style to them that is often shared across the whole medium. The visual aesthetic of these mediums are often intertwined and because of the fact that these are drawn works they don’t have to obey the limitations of working in a live-action space. This brings us to the first important perspective when you’re working to adapt into a live action film.

The visuals of the fictional worlds presented in the art is often times incredibly unique and incredibly stylized. They don’t reflect real world elements and when they do it is often in a slightly exaggerated perspective. A perspective that is incredibly indicative of the creator’s original point of view. Their own artistry is distinct and when Hollywood takes said property it is nearly impossible to truly capture what makes the original work so incredibly unique. When adapting it the difficulty comes in bringing forward a similar aesthetic to the world you are creating, while also tweaking things to fit this version of the narrative. This balance is incredibly hard to find because of not wanting to alienate the fans of the original, while also not wanting to create something that is a carbon copy. There are often examples of both extremes. In Dragonball: Evolution the filmmakers decided to completely do their own adaptation of the DragonBall universe and by doing so they made something that had no resemblance to either the anime or the Manga that came before it. It was an incredibly insulting adaptation to the fans of the franchise because it was so strikingly different from the source material. That film failed to capture much of an audience, but the fans felt it the most. On the other side of the spectrum the film, Ghost In The Shell worked extremely hard to make the World feel like the art from the original source. There were shots lifted directly from the original Anime film, but the issue here was that it was a mostly soulless adaptation. There was no heart put into recreating these moments and the originally vibrant and interesting visuals became dull under a Hollywood style production.

The visuals are important in adapting the work that came before it, but they aren’t the only aspect that is necessary. It is important to find your own voice while staying true to the original source and that proves incredibly difficult when making an American version. With this point it is important to look at the cultural distinction as to why Anime and Manga adaptations often times don’t work through a different cultural lense.

It is incredibly important to understand that there is a giant different in culture. The Western American cultural perspective and outlook on art and entertainments is very different from the Japanese perspective. While art is a Universal language it is also shaped by the cultural framework it resides in. This is certainly a challenge when finding ways to adapt and losing that aspect can certainly take away from the original intent.

Hollywood has a tendency to look at an already established property and simply view it as a means to make the most money off of it. They feel like casting a big name to the film will make it sell to a wider audience than it already has, but by doing this they can often misinterpret the cultural aspects that don’t translate over well to an American audience. An example of this is the critically acclaimed anime film, Akira. Hollywood has been shopping around different ideas and different scripts for a live-action adaptation of this for years. It has never come to fruition and a big part of this could be because of how heavily tied into Japanese culture the original narrative is. The film’s post-apocalyptic feelings given off are a direct reflection of Japan after World War 2. The cities of Nagasaki and Hiroshima were devastated from the launch of nuclear weapons from the United States and in the Anime the first scene we see is a nuclear explosion. There is no divorcing those themes from the meaning of the film. It is an exclusively Japanese experience and same goes for many other anime and manga. They are indicative of their culture and removing that culture to appeal to an American audience is an incredibly disrespectful tactic that often draws a fair amount of heat.

In recent years there has been a more fair pushback against using white actors in roles that should be for people of color. Whitewashing has been something that has occured throughout the history of film, but recently the internet has given more diverse voices allowing for criticism of films that practice whitewashing tactics. The aforementioned Dragonball: Evolution and Ghost In The Shell films have gotten heat for using white actors in the lead roles for Japanese characters. This incredibly culturally insensitive tactic has done nothing but hurt the industry and made for lackluster films. While this is becoming less apparent it is still a reminder of the issue that culture is often overlooked when dealing with adapting films and that is not something to take lightly. It makes films more difficult to balance in adaptation and sometimes it could be indicative that an adaptation isn’t needed.

In some ways these Hollywood perspectives miss the point culturally, but they also can miss the deeper perspectives presented in the original works.

In addition to cultural misinterpretation it is important to point out that the works of art created through a Japanese perspective can have deeper themes not necessarily culture specific that can be looked over when adapting in the form of style over substance.

There is a certain misunderstanding  when it comes to the point of art at times and it gets even more challenging when you’re dealing with art that is culturally different from yours, but that allows for more deeper themes to be lost in the transition. Hollywood films tend to indulge in something with big action, effects, and they try to be visually appealing so that they can make money from individuals who want to see a spectacle. There are many anime and manga that respectively deliver on spectacle. They can deliver on being that mindless visual splendor and that is completely fine, but some of the most well loved and respected anime and manga have something more to say. The original Ghost in the Shell Manga and Anime purposefully touched upon the distinction between the body and the soul and the philosophical reasons why that is important. The live-action film adaptation took many of the iconic moments from the original film and recreated those scenes, but took out the depth of the narrative. These moments have soul in the original anime film and those moments are meaningless in the Hollywood film. This lack of understanding is an issue with adaptation because while anime and manga are visually impressive mediums, there is much more depth to some of these great works. The point isn’t the wrapping and the presentation, but what the presentation is doing for the meaning behind the work, which can be lost in adaptation.

The lack of understanding of the medium that is being interpreted is just as big an oversight as missing the deeper themes and the cultural themes. Misunderstanding of the work leads to a more difficult time finding the heart of the material and what to move over in terms of adaptation. Transplanting something in an entirely different culture through a different lens is incredibly difficult and it is no wonder why Hollywood doesn’t try their hand at adapting more anime and manga. They may want to try their hands at more, but the failures have scared studios away. While I believe that an accurate and loving adaptation is very possible they have to be extremely careful in how they approach the work.

Doomsday Clock #9 Review: DC Universe vs Dr Manhattan
How Superhero Morality Can & Should Be Emulated