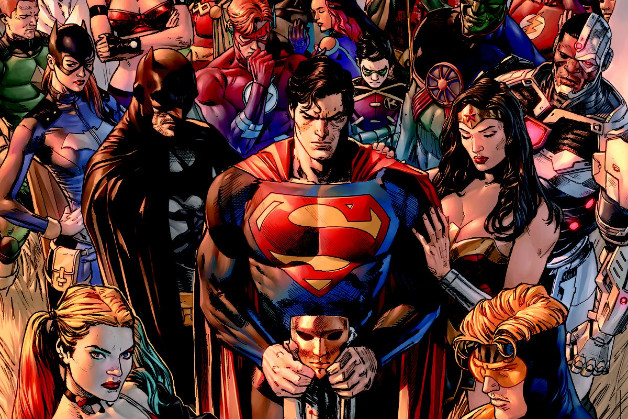 On March 15th, 2019 two Mosques in the small town of Christchurch, New Zealand were hit with what could only be described as a violent act of terror as a White Supremacist shot and killed 49 Follopeople. These were people with families who came to their place of worship like so many other people do all around the World every day, but they were attacked based on their race and their faith. This has shaken so many people including myself. I can not ignore this terrible tragedy and my heart aches for the victims and their families. It has made me reflect upon what leads individuals to commit such terrible acts of hatred. While the title of this article seems like it has no bearing in the wake of the shooting and it may seem like it’s trivializing in comparison I believe that superhero stories are incredibly important. The superheroes that we know and love in comics, video games, television, and movies all hit to the core of many individual’s sense of being, which is more commonly referred to as morality. The lessons taught in these stories go against everything that happened this past week and there is an unfortunate number of people who think otherwise. There has been many a dark times recently with white supremacy acts of violence on the rise and it is the perfect time to look at the heroes we love and analyze what they stand for and how we can take solace in their ideals or replicate them even in the smallest of ways.

The Internet has allowed for some of the greatest inventions, ideas, and people to have meet and there has been some incredible expansion in human knowledge, but the internet has also made it easy for some to fall into smaller isolated groups that receive the same amount of information without it being checked. This information is often times wrong and filled with a lack of compassion and empathy.

Compassion is at the core of what superheroes and their stories center on. These mythical characters are meant to be symbols of the good they represent in their World they inhabit. They work to stand for peace and for understanding of people. Even if they are a human gifted with powers or they come from another planet they are characters that show compassion to even those that don’t necessarily deserve it. They don’t tolerate villains, but they still work to reach out to change those they can. It’s at the core tenement of their being. They do their best to understand the pain, suffering, and ill will caused by other people and by the surroundings these people happen to be in. They empathize with those people and they will do anything to ease the suffering without thinking about their own needs. The compassion they feel is boundless and while this may not be the case for all superheroes, the iconic ones like Superman, Captain America, and Wonder Woman spend much of their time worrying about the needs of other people. Their hearts carry the weight of the pain and they work to eliminate pain because of their overwhelming sense of compassion and empathy.

The reality of people not wanting to be compassionate or empathetic is sometimes seen as a good thing in certain communities. They fight for the right to be as non-caring as possible in the idiotic attempt to make themselves feel more important and less weak, which is absolutely insane. If you take a look at these superheroes that carry the weight of compassion, weakness is never a term used to describe them. Their strength comes from their compassion. Their strength comes from being open to helping others and to feel the emotions that they feel. That is the true point of superheroes. That is why they are admired and it is why we should take their willingness to emphasize and use it to better the World we live in. It is incredibly important if we want to reach a better understanding of humanity.

Bigotry is one of the most prominent forms of aggression that is currently being supported through the lies of politicians and public figures. Bigotry is one of the most vile and evil forms of thought that is currently plaguing the World and the people of Christchurch had to feel a part of a much larger and more dangerous push towards white supremacy. Bigotry at its very core is opposed to what the superheroes we love and admire stand for.

White Supremacy and comics have a troubled and complicated past because women and people of color didn’t have a place in it for quite a long time, but during the 1960s things began to change in slow, but drastic ways in comparison. The superheroes that we love made a firm stand against the evils of racism and oppression and this was ushered in specifically by Stan Lee. He took vocal stands against oppression and his influence led to the creation of the ultimate allegory for bigotry in the X-Men. A group of special individuals who were treated differently by society made for a powerful sentiment in a time of civil rights activism. These characters have hammered home and set an example for other superhero writers to bring an anti-bigotry sentiment. The heroes are here to help everyone regardless of race, creed, sexuality, and whatever differences people may have. Superheroes who happen to be people of color have become much more prominent today meaning that superhero stories are much more in line with an anti-bigotry perspective. These heroes stand for equality and for love. Not for hatred based upon intrinsic things that people can not change about themselves.

The World has been festering with hatred as of late with more and more bigoted violence becoming a common reality. What superheroes can teach us in this instance is to treat your fellow humans with the same level of dignity and to fight against the tyranny of oppression, racism, sexism, homophobia, and any other form of prejudice. This trait can do nothing, but bring positivity to the World.

The reality of unspeakable tragedies has been becoming much more common place in this time of great divide and in the era of constant mass murders being enacted upon marginalized groups of people. It is incredibly heartbreaking and terrifying, which is why during these times of tragedy people need to be comforted and superhero stories can easily be seen as a comforting thing.

The themes of superhero stories often revolves around the hero using all of his or her abilities to blanket the people of Earth from pain, suffering, and loss. Even if they sometimes fail they never give in. They never give up. This concept of a non-stop hero is something truly inspiring. The fact that people can care for someone as to put away all of their personal needs to make sure that everyone else is taken care of first is powerful. This act of selflessness is incredibly moving and to someone who is a fan of superheroes I find this message to be incredibly comforting. It’s good to know that these heroes can represent the good still left in people. These characters are an example that people want to do good and want to help others even if the odds seem to be stacked against them. Even if the pain is enormous these characters are important for some people to move beyond the pain. In the wake of the 2016 Pulse Nightclub Shooting the comics industry came together and created a book called Love Is Love using both original stories and famous superheroes reacting to the horror of those 50 innocent people who were killed. The superheroes in said compilation reacted in horror, but their solidarity with the victims is an incredibly comforting and powerful image that means a lot to many people. The characters of Marvel came together in a comic not long after the events of 9/11 to show solidarity with the firefighters and servicemen that saved many people that day. These acts of superhero comfort are really powerful to fans of the characters. I believe it is important that we have something to help us deal with the ramifications of senseless acts of extreme violence.

Superhero stories are morality tales and their adventures can be extremely helpful during the darkest of times. They can inspire people to do good in their communities and they can make those affected feel a little bit better, which in and of itself is a heroic act.

These stories about superheroes make the rounds within geek communities without much thought as to why they are so beloved. In my personal perspective on the matter it’s important to take the morality instilled in these comics and see which applies to our World. My heart goes out to the 49 people who were killed by a senseless act of misguided hatred fueled by the lack of empathy felt in white supremacy spaces. I can’t promise that something like this won’t happen again, but superhero narratives make great allegories for how we should view other people and how we can be better individuals so that when tragedy strikes again we know how to properly respond to said events. I hope these sentiments ring true and while it is difficult for the families of these victims I hope that the love shared from around the World is being felt by them. Anyone can be a real life superhero. They just need to show empathy, compassion, oppose bigotry, and comfort those that need comforting. That can do a lot for a person in need.

Up Your Geek Sends its warmest love to the families of the victims of the shooting in Christchurch, New Zealand.

Why Anime & Manga Are Difficult To Adapt To American Films
REVIEW: ‘Dumbo’ (2019)