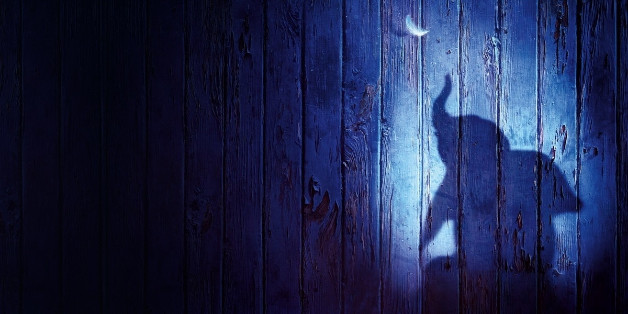 Disney has been working hard to bring some of their most beloved animated properties back to life on the big screen in a modern live-action approach. While I have been pretty positive concerning these remakes, this decision has caused some criticism. Dumbo is Disney’s  latest attempt to adapt a beloved classic into a modern interpretation. The film is filled with a plethora of talent from the cast to the filmmakers involved and it is the first of several remakes being released this year including The Lion King as well as Aladdin. This film is probably the least discussed of those ventures, but it is interesting to look at this film trend Disney has begun and it gives a great insight as to what to possibly expect from those other films. Regardless of the broader trend the most important thing to look at is the quality of said output and whether or not Dumbo is worthy of praise or criticism. I never grew up watching the original Dumbo so my knowledge on it isn’t the best compared to other Disney properties, but I was hoping to be entertained with this film. While the film has its brilliant moments of charm and style it also has some issues that keep it from being very memorable. Here is our Spoiler-Free Review of Dumbo.

The plot of the film follows the traveling circus group known as the Medici Brothers where Holt Farrier returns to his children after fighting in World War 1. Max Medici informs Farrier that his task is to take care of the Elephants and when one of them has a baby his children discover that this baby’s unique ears give him the ability to fly. Word of the flying elephant impressing crowds makes way to a entrepreneur known as V. A. Vandevere who sets his eyes on Dumbo to make him a star attraction at his circus, but all is not what it seems. It’s up to Dumbo and the Medici brothers circus to come together as a family for the sake of Dumbo.

The film’s weakest component is the script. The story while competent is very bare bones in its approach. There are no big risks taken in terms of structure. It follows a villain plotline that has been done before and the film doesn’t really carry the narrative in a new way that was exciting. The story wasn’t bad in any way, but it was very typical in many aspects and because of this the film had moments that would drag. The characters have some bright spots and some characters are more interesting than others, but the film is so plot driven that it often forgets to take the time to give them moments to make them interesting. It feels like parts of the narrative were cut out to be more streamlined, which doesn’t break the film but it leaves many of the scenes hollow at times. The story is very basic and in some ways it has bright spots, but it also could have done a much better job at creating more interesting characters that could carry along this mostly typical narrative.

Since Dumbo is the latest in Disney’s line of remakes it was important for them to have chosen someone they trust and funny enough it comes in the form of Macabre Mastermind, Tim Burton. The script was written by Ehren Kruger, but Tim Burton was the visual talent that really makes the best moments work. In an article I wrote last year I discussed that Burton is a master of telling stories about outsiders and where this film works best is in those aspects in addition to his ability to create a distinct visual style. Burton is known for his elaborately crafted worlds with a dark horror style often inspired by classic cinema and German Expressionism. In this instance there is a lot of care put to the adoration of the classic circus. He gives the film his sense of wonder and there are many moments that pick up the pieces where the script doesn’t quite match up. His style is what improves the film in addition to the talented cast that was assembled to bring the characters to life.

The film has a plethora of actors that have previously worked with Burton before in addition to the newcomers. The acting in the film is often times hit and miss. While I really enjoyed Danny Devito’s performance as Max Medici I felt that Colin Farrell as Holt Farrier wasn’t given enough character material to put his heart into, which is a shame because I know how extremely talented he is when given the space. Michael Keaton is a joy in almost any movie that he is in and it seems like he was having fun playing the entrepreneur V. A. Vandevere. His character was one of the most memorable parts of the film. On the other side of the performances the child actors had potential, but because of the lack of attention to individual character moments their performances also fall flat. The film is a mixed bag in terms of the acting, which is a shame considering the talent they had assembled, but I attribute this to the lack of focus from the script.

The technical aspects can make or break a film and in this instance the technical aspects of Dumbo are the reason why there are great moments. Tim Burton’s visual sense and his ability to hire very talented crews has allowed him to produce some great visuals with Vandervere’s amusement park being a visually impressive highlight especially if you are a fan of Burton’s style. While it is a much more restrained film for his visuals they are still there and they make what could be boring moments more magical. The cinematography is quite good in addition to the special effects even though the saturated color use  loses a broader color palette, which would have been nice to see. In addition to this the CGI used in the film can range from great to awkward and I’m not sure why this is the case. Regardless of those issues the visual aesthetic of the film works quite well thanks to Burton’s leadership as a director. They are some of the best aspects of this film.

In addition to the visuals, the musical score for the film is quite great often undercutting the great images with beautifully haunting music. The score was composed by legend, Danny Elfman who has collaborated with Tim Burton on nearly every one of his films. Elfman’s music works very well in this film and he delivers many beautiful moments that highlights the more emotional sections in addition to the more intense sequences. The magic combination of Burton and Elfman’s talents keep this film engaging and give the film its strongest elements. While these elements don’t break the mold they do help to strengthen the experience in seeing this film.

Dumbo is a film that your enjoyment ultimately depends on whether or not you were interested in the film to begin with. If none of the promotional material was enough to get you excited the film’s script does nothing to better that, but the film isn’t a waste. It’s strengths lie in Burton’s hands and if you love the original Dumbo there is enough callbacks to the original to keep it as a loving tribute to the legacy of that film. It has great moments, but it also has dull moments due to a script that doesn’t live up to the surrounding talent. When all is said and done if you love Disney or the original film I do recommend you check it out, but for most people I’d recommend renting it when that becomes available to do so. It’s an entertaining film that could have been better if paired with a better narrative and more interesting characters.

How Superhero Morality Can & Should Be Emulated
REVIEW: ‘Shazam!’