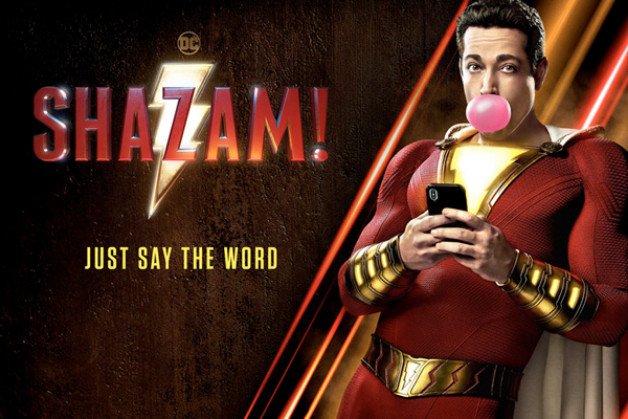 The DC Extended Universe has had some hurdles along the way. There has been a constant shift in casting, movie lineups, and a plethora of other controversies, which has been difficult  to ignore. While all of this may be true they aren’t without their smash hit successes and most recently Aquaman did quite nicely for itself continuing what Wonder Woman started with  in having successful solo films. These hits are some of the best superhero films of the last several years and deserve to be recognized. Shazam continues this trend of DC focusing on telling great stories for some of their heroes individually and it has been anticipated for quite some time. Shazam is not one of the most well known heroes in the DC Universe compared to the main league members, but he is a much beloved character that is just as important. I have been looking forward to this film for quite some time because I saw the potential it had for the DCEU. It is an incredibly different property and in the end the film fires on all cylinders and delivers possibly the best film that DC has made in quite some time. Here is our Spoiler-Free Review of Shazam!

The film’s story revolves around young Billy Batson. A 14 year old orphan who is taken in by a loving foster family where he befriends Freddy Freeman who is obsessed with all things superheroes. While on a train Billy is called upon in a last ditch effort by a dying wizard named Shazam to pass his abilities on to him to save the world from the Seven Deadly Sins. These powers turn young Billy into a fully grown adult with an immense number of super powers. While Billy is uncertain why he has these powers it is up to him to stop the evil from causing chaos in the world and to figure out how to control this power that was bestowed upon him.

The film’s plot is so closely related to the journey that Billy goes through in the comics. The film’s storytelling is very strong in that it never feels like it drags out. The characters are given time to grow and to have their individual moments in relation to the frame of the narrative and it all works together to create one cohesive experience that not only knows how to tell Shazam’s story, but  also knows how to tell a story with heart. The film balances tones very well from the comedy to the action to the slight elements of horror. It’s a film filled with whimsy and heart and does so with a very well written and tight script. The script understands its characters and each scene is written very well making every character and moment engaging regardless of the tone of that particular scene. It’s story is very strong and the film wouldn’t work nearly as well without its incredible focus on the plot. It is one of the most well written origin stories in superhero cinema.

A film is a collection of different people with different talent coming together to create a collaborative work of art. The person at the helm of the director’s chair is David F. Sandberg. This recent newcomer to feature filmmaking got his start with the film adaptation of his short film Lights Out, which garnered him positive reception. He followed that up with Annabelle: Creation, which got significantly better reviews than the first film. His talent was very present and this is the first time that he has directed a feature film outside of the horror genre. While he may be new it is difficult to tell that just from watching the film. The direction was masterful from every aspect of the visual aesthetic to the narrative focus and even down to the acting he did an excellent job at breathing life to this material. It is very difficult for films to capture the feel of the comics on film and while some have been successful, others have failed. This film really does an excellent job at feeling like the comic came to life while simultaneously Sandberg’s vision is ever present. His direction with the incredible cast was a marvel to behold.

The cast is definitely one of the things that work best in the film. Zachary Levi plays the adult version of Asher Angel sharing the same character of Billy Batson. There is a consistency in the personality of the character as he changes form and Levi specifically nails the role. His performance of a teenager in an adult body works to great comedic effect, but there is also a good amount of tension that comes with that. While the concept is fantastical the actors give their characters a sense of believability. In addition to Asher and Zachary we have Mark Strong who plays a great menacing villain as well as Jack Dylan Grazer as Freddy Freeman. The side characters in the film have a great deal of chemistry and all of the actors serve their parts very well. It’s certainly one of the strongest elements of the film and they really do carry it with ease. I guarantee this won’t be the last we see of these characters and the actors who portrayed them.

The film is just as much a superhero film as any other film that has been released. It needs to look as good as the story and luckily the film succeeds in this aspect. The special effects in the film emphasize his powers without feeling out of place or strange in any way. Everything feels natural in this fantastical version of Earth. The supernatural backs up the more natural and their coexistence isn’t in question in any capacity and that comes down to the animation of CG effects mixed with practical suits, sets, and everything needed to make the world come to life. The cinematography is quite good as well really highlighting the scenes that need visual emphasis, but also working with scenes that are more simple in their approach. The film is quite a good looking example of superhero cinema even if it isn’t the most fantastical example there is.

The music in the film is also quite good with a score by Benjamin Wallfisch  that emphasizes the heroics of the characters, but also the naivete of them as well. Billy Batson is still a kid even with those powers and the music undercuts it well enough to set the tone well for many scenes throughout the film whether the scene calls for a more comedic attitude or if it needs a more intense sound. The tonal shifts in the film are highlighted by the great score.

Shazam! has very quickly jumped to the top of my list for superhero films especially those in the DCEU. It has pretty much everything that you could want from a film starring Shazam. Not only was the film’s story a great ride, but it also had a really talented cast that brought a sense of wonder and joy to their performances. The choices made for the film were all excellent and they created the best possible version of this character. It is an excellent film that I feel both DC fans and normal moviegoers can experience together and they will both be satisfied. The film definitely earns the praise it has been getting and I highly recommend it.