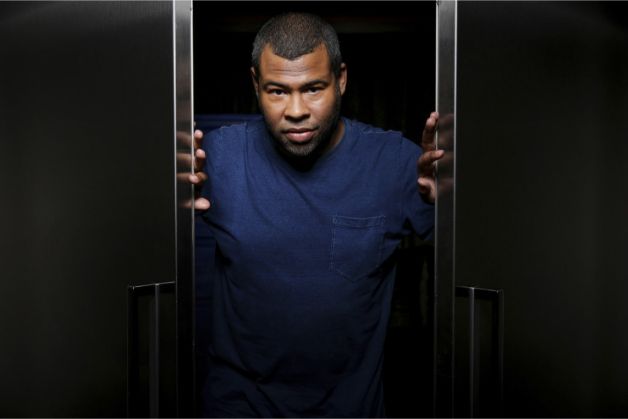 I’ve made in my previous articles my adoration for the genre of horror. I strongly believe that horror can so often be the most emotionally honest genre regardless of the medium. Horror taps into our psyche and it gives us a feeling that no other genre can. It looks into our ingrained fears that we may not always like to bring to the surface and comments on this in a safe manner. Horror is an intentionally uncomfortable genre by its very nature, but this discomfort doesn’t always have to come through in the fear of monsters and demons. This discomfort can be utilized to bring up deeper issues and concepts about the world we currently live in. Many horror filmmakers and series have attempted to speak on greater issues like with the Purge series, but no one has been able to quite pull off a deep and more thoughtful take on horror in quite as impactful a manner as Jordan Peele.

While Jordan Peele as a director may only have two horror films under his directorial belt those films have left a huge impression on critics and audiences not only with their ability to scare them, but also their ability to speak to important issues such as race, gender, class, and identity while still utilizing his history with comedy in just the right moments. His films are incredible works of art and while it is still early in his career it is not too presumptuous to call him a Master when it comes to making horror layered with modern sensibilities. This will be a Spoiler Analysis of Peele’s work and how it solidifies him as a Master of his craft.

With any artist it is crucial to take a step back and look at the aesthetic that comes with their works. With Jordan Peele we have two very different, but stylistically similar ventures into the Horror genre to look at. These films are his 2017 Oscar winning film, Get Out and and his 2019 hit, Us.  His choice of using the Horror genre is crucial to understanding the less conventional elements later on. Horror as a genre is more deep than people often give it credit for and its brilliance comes with its more sensational and pulpy nature. This sensational side can be fun to indulge in, but it is also perfect at subverting the expectations of the audience. These elements can be used for unique things and Peele’s style is unlike any other horror filmmaker.

It is apparent that Peele has been strongly influenced by the genre of horror. It’s a genre he dabbled with at times while on his hit show, Key & Peele where he created some short skits that used the horror aesthetic. His love of horror is apparent and both of his films have a deep respect for all types of horror that came before it with homages to other films and references. Specifically the beginning of  Us features many direct references to some 80s horror films that I’m certain had an impact on his taste in cinema.

Both films are highly entertaining and use their pulpy nature, but Peele’s style is ever present whether it be in the way that characters talk with each other or his method of using surreal imagery to hint at the plot that is about to unfold. I noticed that both Us and Get Out employ similar aesthetics whether it be in the cinematography, the color grading, and the balance of humor with horror. This particular tone gives his films an identity in that both are dark and the monster in both films are essentially regular people. He doesn’t focus on the monstrous elements. He uses them to further the journey of the characters instead of just a simple setup to the next death scene. Comedy is also a big part of what makes his films work. They are mostly serious stories with serious characters, but the moments that are comedic are placed specifically to either placate the tension or to give more relatability to the characters.His dialogue can sometimes be awkward which is intentional in highlighting the comedy or the tension inherent in the scene.This tactic keeps us on our toes with his films because it is hard to tell how the scenes will play out and where it will go from that point.

These apparently distinct elements come together to allow his voice to shine through while preparing audiences for elements that may be a bit harder to swallow especially with the depth that he employs to make the audience notice things that are indicative of American Society.

It would have been easier for a comedic actor to jump into horror and make a comedic film, but Peele went against what was expected. In 2017 he released his first film, Get Out which people quickly discovered to be a film with more depth to it than most horror movies in how it focused in on commenting on the state of Society and specifically discussing Racial issues.

The film follows Chris who is a black man going on a trip to meet the family of his white girlfriend for the first time and he soon discovers that things aren’t what they seem. The family is secretly running an operation where white people’s brains are being transplanted into the bodies of young black men. This horrifying series of events works well on the screen to scare the audience, but it also speaks to a deeper connection of race in America. The use of black individuals for their traits, but not their identity has been a common theme in how white people have used people of color for hundreds of years and it reflects similar views that are shared by many white americans to this day. In addition to this more broad situation the film is littered with so many allusions to racism and how it has shaped the views of many people within our Society.

These racial issues divide us all to this day and White Supremacy in general is still a very real and very scary concept being upheld by politicians and citizens in general. There is still a lot of tension there and the film was lauded for daring to tap into that to not only tell an entertaining story, but give the audience something to think about when leaving the film. Peele’s use of these concepts in an entertaining manner really can make these topics unavoidable, which they shouldn’t be. He’s masterful at bridging the gap between entertainment and thought provoking insight in a way that doesn’t come off as trying too hard. That is an incredibly difficult feat.

The Deeper connections to real world issues don’t just stop at race. They go further into deeper themes and concepts.

Get Out was an incredible success making a lot of money and winning awards. Most filmmakers would be ok to take a break from the craft, but Peele didn’t do that. He went back into the process with his follow up horror film Us, which debuted earlier this year and that film was just as interesting, but in different ways.

Us follows the Wilson family as they go on a vacation before they are terrorized by literal copies of themselves. The story culminates in the reveal that there are copies for nearly everyone and their goal is to kill the originals of themselves and form a giant hand holding chain similar to that of the 1980s charity event Hands Across America. This outlandish concept is backed up by the depth that this message is sending. Not only does the story point out our own issues with self identity in the world it also forces us to think of America in general. The film through its symbolism uses material objects to represent the materialism that we as Americans contend with. We chase the American Dream, but the reality present is that there is no American Dream. It is a lie. The film mentions that the Government created these copies to control its citizens, but that backfired by making these copies soulless with their desire to fill the hole that is missing,which is similar to how we often try to fill the hole we have in ourselves with material things. Their master plan makes even more sense given that Hands Across America was similarly a soulless event that ended taking in more money than giving to charity.

This culmination of themes and ideas comes together to point out not only the hypocrisy of the US, but the way in which we live our lives around that hypocrisy. It is a broken system and while race isn’t the main theme here it still comes up and is just as important in understanding the theme. Peele’s ability to fill his films with symbolism is astounding, but what makes him masterful is how his use of it is in service of the narrative. This makes for a series of films that are extremely successful genre films while being subversive in nature.

Jordan Peele’s work is stunning for a recent comedic actor turned director. It’s a direction that no one expected, but it has turned out to be a brilliant turn. His films are excellent works of horrific art that carefully state the things that we have trouble discussing. They are entertaining and they make you feel uneasy, but that unease is important especially in this genre. He certainly has put in the craft and the time to earn his title as the Master of Layered Horror and it will be an exciting journey seeing where he takes his talents next. I just hope we get to see more horror films from him.