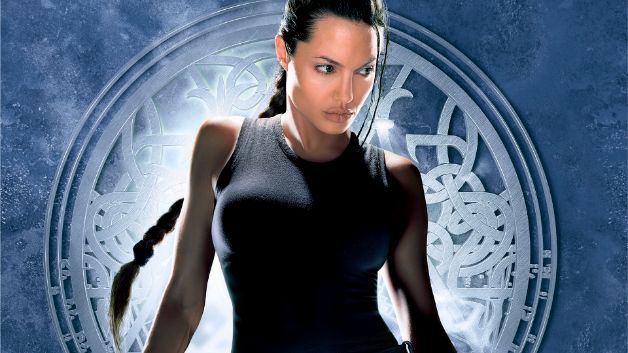 I spend quite a fair bit of my time discussing and breaking down the elements of film with my work here at Up Your Geek. Film is an incredible passion for me and it is what my life goals have been up to this point, but Film isn’t the only medium that can make me passionate. I also love Video Games. Last year I took some time and reviewed the Metal Gear Solid series beginning with The Twin Snakes. These games in particular really stood out to me mixing great gameplay and excellent storytelling. They felt like a perfect balance of Film and Gaming. These two mediums blended well for very interesting experiences and it made me curious as to why adaptation of video games into live action films have so often left people disappointed.

While there have been some good examples there also have been films that completely failed at what they were attempting in addition to those films that were just forgettable. What is it about bridging the mediums that filmmakers so often have trouble getting right? A few months ago I looked at anime and its difficulty in adaptation. I wanted to take the same approach to explore the reasoning why video games are so often difficult to adapt.

If we are going to discuss the process of adaptation it is incredibly crucial to understand the vast difference in mediums these are even if they can often take cues from each other. Film is a medium of expression that has been around for quite some time and is so often considered a valid means of artistic expression. It’s a medium that uses a collaborative effort of several individuals who record and perform a narrative that is incredibly visual. It’s strength lies in the way that it uses its restrictions to tell a story that can so often resonate with many people or make them think and have emotional responses. It’s a passive experience when it comes to the act of viewing, but it can also be active  with the viewers abilities to discern symbolism, story clues, and visual elements that so often are tools to get across some sort of message. It’s a masterful medium and in comparison gaming is something else entirely.

While Video Games have taken so many elements from film especially in the implementation of cutscenes that embrace so many film techniques to push the story forward. Since Film came before gaming it isn’t a surprise that games have been influenced by many films, but there is a lot of distinct elements unique to video games including interactivity. Video Games are about using the tools given to navigate the digital landscape and making choices on how to handle these virtual situations. The player is in control of the characters they inhabit and their actions have an effect because the intent is to allow player to be an active participant in experiencing the narrative and the art. This interactivity is the key to understanding the challenge in adaptation.

When Movie studios take popular games and attempt to make a film adaptation of said work  they often run into some major issues in how to take the narrative elements and separate that from the crucial interactivity that medium inherently has. Sometimes this interactive element can be the main draw and the story can be secondary to that fun gameplay. When you remove the interactivity without appropriately finding something just as compelling to fill the gap then it can turn that great game into a boring film. This interactivity is tantamount to understanding the game in and of itself and without that connection then there is a dissonance between the filmmakers and the fans of either film or gaming that come to view said film. This is why an adaptation needs to be carefully chosen to work specifically in a single film.

There are plethora of Games that range from extremely elaborate and popular to smaller hidden gems. There is a gold mine of potential for telling these stories in other mediums including film, but more often than not the film studios that choose these games don’t know which ones would work best in transferring from one medium to another. Not all games are suited for a feature film adaptation.

The main criteria of a game being chosen for an adaptation is more often than not popularity. I can understand Hollywood wanting to choose properties that produce financial gain, but that way of thinking often leads them to choosing games that don’t necessarily work in adapting. Sometimes it doesn’t work because of the simplicity of the game that don’t have dense stories such as the case with some fighting games, but the issues  more so come out with games that have a grand narrative. It may be easy to think of a game having a large narrative would be good for telling a story in another medium, but often times they take the games deep lore that a player experiences over several hours and streamlines it for the film. This condensing of a more complex narrative can so often make the film feel so much more hollow in comparison to the game. With these games I do think an adaptation is possible, but it might be much more suited for a television series. Games such as Assassin’s Creed that have been adapted would work in a television and episodic format much more than a 2 Hour long film so that the narrative can naturally develop over time.

This stubborn approach for choosing games to adapt into films can often lead to baffling decisions such as the adaptation for Need For Speed that was released in 2014. Those games sold quite a lot and the decision to adapt it obviously didn’t come from thought at which game would work best. It came from the knowledge that this racing game series has made a lot of money and the Studio wanted to capitalize on that profit in addition to finding their own take on The Fast And The Furious Films. It’s not a terrible idea for a business perspective, but it often leads to very questionable creative decisions. This is one of the reasons why there was a dreaded “curse” labeled upon video game movies, when in reality it has been questionable decisions from bigger studios choosing the wrong game to adapt.

With this need to make profit at the cost of creativity there is often ingrained a feeling of disrespect for the property. These attitudes are slowly changing, but it is still prevalent.

Lack Of Respect For The Property

Video Games are a massive market with millions of fans across the World. That is a huge audience to tap into, but it often feels as if Hollywood Studios that adapt these projects don’t have an understanding and care for the property. Even good intentioned filmmakers can completely miss the mark in what makes these games work and why they are so beloved.

One of the most well known and most successful franchises that has been adapted into a film series was Resident Evil. Over the course of 6 films Paul W.S Anderson has lead the creative production of adapting the Capcom video game into a completely off the rails action series. While the video game series never shied away from its ridiculous qualities present in the games, the films themselves share little resemblance to the games outside of some very selective visual elements. They focus much more on an original character in several different scenarios, which make it feel like it easily could have been written as a different franchise altogether. Whether or not the creators cared about the games is irrelevant. The films definitely wanted to stand apart, but are too reliant on bringing game imagery to justify being called Resident Evil.

That lack of respect for the franchise is why that series has been poorly received from a critical standpoint even if it does make money back on almost every entry. This need to not follow what is set before it with the games is definitely an issue and it shows a lack of respect for the games and their fans. The Film studios often didn’t look at the quality of the games, but instead wanted to have a cheap film with a popular name attached to it in hopes of drawing in a bigger audience. This is not only disrespectful to the game developers, but also to the fans who love these franchises.

The worst example of video game adaptations are the ones made with very little budgets and directed by people who don’t actually care about the properties they are taking on. They just are given this task to make the studios money. Luckily this attitude is seeing a shift in recent years, but it’s still a big reason why video game films have been mostly poorly received when it comes to their history.