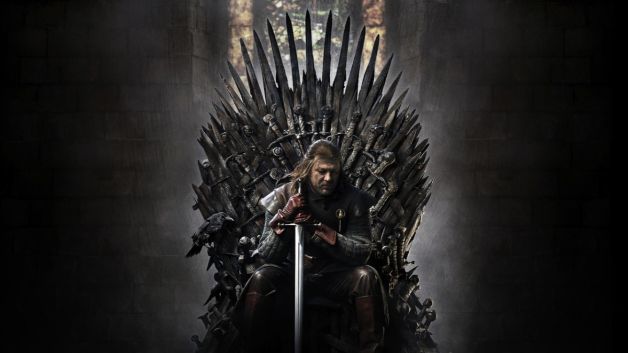 Game Of Thrones ended its 8 Season long run this past Sunday which came at the heels of an incredibly divisive season. This past season consisted of 6 episodes that had several of them be as long as a film. It is no surprise that fans haven’t been missing an episode in this incredibly popular and talked about series. With the mixed reaction to things from this season it can be easy to lose track of why the show was so well loved to begin with.

There are a lot of elements to unpack as to why it caught the attention of the public so fervently, but it has gripped fans for ten years all thanks to the multitude of successful elements, stories, characters, production, and world building. George R.R. Martin’s novels paved the way for one of the most successful television adaptations to unfold. Since the series has finally come to end I’d like to take a look back at this triumph of a series and see why all of the individual elements came together to create one of the most successful shows of all time.

It is impossible to mention this show without first understanding that it is an adaptation of the extremely popular series, A Song of Ice and Fire by acclaimed author George R.R. Matin. He created a fantasy world within his novels that was filled with an immense amount of depth, lore, and history with multiple characters spanning several fictional kingdoms in addition to the more magical and fantasy elements. It is a highly detailed fantasy world with so much to look into and with that said it seems like it would be a difficult task to adapt this world into a believable television series. This hard to adapt world is what turned out to be one of the show’s absolute best elements.

The series went head first into doing everything it can to adapt the world Martin build into a real space and while the beginning of the series felt more minimal, as it went on to further seasons the budget expanded allowing for an even more full realization of the many elements that needed to be conveyed. This magical fantasy world brought kings and queens in addition to dragons and death. It often mixed horror with the fantasy and that brought a lot of flair to this show.

The creativity and dedicated work it took to bring these things to life is one of the reasons why the show was able to strike a core with its audience. While other fantasy projects have failed, Game of Thrones captured a unique essence that allowed it to stand out among the rest. It was dark and gritty while embracing moments of levity and it was created for an adult audience. This made this series stand apart and worked for not only fans of the novels, but fans of good television.

The World building can only take something so far. There has to be more substance for something to click with people. There has to be a central narrative and more importantly central characters for people to get invested in. Fortunately for the novels and in extension the series it has a plethora of worthwhile and entertaining characters that really shaped the focus and grounded it in a world that could have easily gotten lost in its own fantasy.

The characters were given so much life that the fans grew intensely attached to the good and the bad ones. Fans latch onto characters often and those characters are the heart of the show so their names, faces, and experiences often become ubiquitous. These characters have gotten so popular I’ve often seen them discussed and referenced in many other shows, movies, and other works of art. It’s infiltrated pop culture in ways that are hard to fathom.

The story and journey these characters took aired over 8 seasons and 10 years with a lot of narrative ground to  cover. The show took so many interconnected narratives from all over the fictional world of Westeros and weaved them together. The most exciting aspect was that while many elements felt so distant from each other there were major acts that directly impacted every character regardless of where they came from.

The exciting thing about the series is knowing all of the pieces and trying to figure out how it will all come together as it goes along. This giant world served its narrative in this regard and helped to draw so many to its unique storytelling. This made it stand out amongst the plethora of other popular television shows in the growing world of  competing streaming channels creating rich content and vying for attention.

While the characters and the world that the show inhabits are crucial elements they are only there because of the result of a crew of talented individuals putting their all into crafting Game of Thrones into the visual splendor that it is. The show is filmed in many ways like feature films are with the budget to allow them the freedom to do so much with what they have. The combination of all of their talented departments have brought together such excellent visual representation of this World. This attention to detail had breathed life into this fictional landscape.

The cinematography and CGI used are incredible for television delivering great looking dragons in addition to the filling out of the world whether it be showing massive armies or creating an incredibly impressive looking ice wall. The production has gone out of the way to make sure that every scene looks, sounds, and feels right. Even in the shows quieter moments the people behind the scenes add necessary layers to the every moment even down to the intricacy of the costume design. It’s an incredible feat by all the hard working people behind the camera.

In addition to the talent serving to make the show  look so good there have been a talented group of actors that have stepped up in every scene they are in. The cast regularly brought many of these characters to life and it’s hard for me to imagine anyone else inhabiting these roles. Each actor and actress found the truth within their character and added themselves into their portrayal.

I was surprised at how effortlessly Peter Dinklage portrayed Tyrion which allowed him to be a stand out character. His humor and dry wit melded well with the character and he delivered some of the most memorable lines of dialogue. Emilia Clarke consistently played Daenerys with heart and power and did an excellent job at acting against dragons that were entirely digital. Lena Headey brought the evil Cersei Lannister to life and inhabited that strong and cunning personality with elegance. These are just some examples of the talented actors tasked to breathe life into this world and they all succeeded well. Their performances are a part of the production, but their humanity shining through in their portrayals allowed for a connection with the audience.

The entire cast, crew, writers, directors, and team stepped it up in bringing this show to life and fans could tell that there was a lot of care and craft put into each frame of the show. It’s an amazing achievement with over 10 years of work behind them.

Game of Thrones is one of the most popular shows on television and its success will be remembered for years to come because of the unique qualities. It has become a cultural landmark and that is no small feat regardless if people feel it stuck its landing or not. There is said to be further in Universe prequels moving forward and while those could be successes in their own right they probably won’t be as well regarded and as important as the original series that launched everything. The series is a massive success for television and has paved the way for other shows to come along to try to achieve what that show did. It will certainly be remembered for years to come.