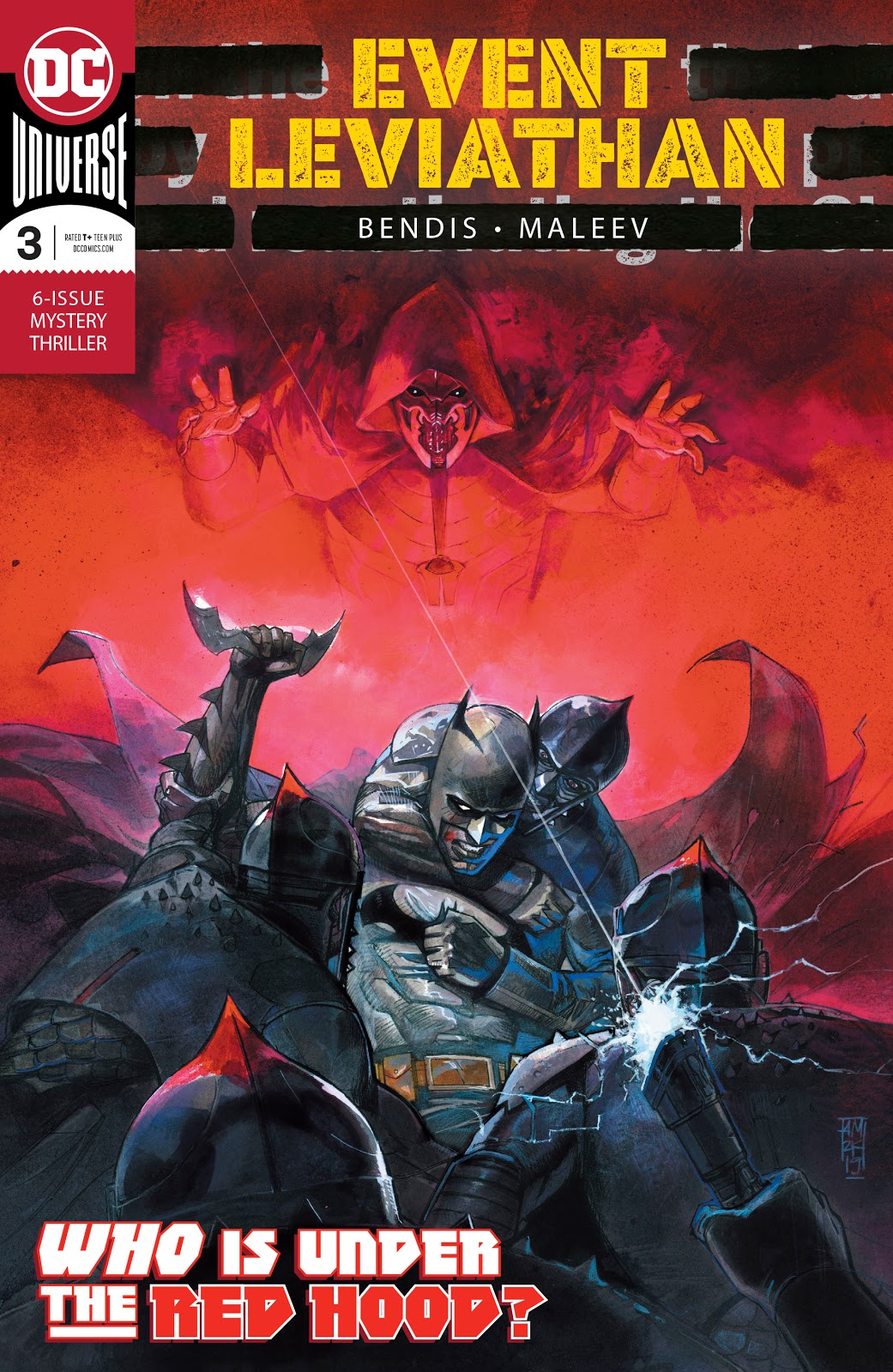 It’s another big day for comics as we see events spiral across the Big Two’s universes. Powers of X, Absolute Carnage tie-ins, Event Leviathan and other titles this week offer up some insane stories, so let’s dive in and see what today has to offer amongst the huge list of releases.

DC’s espionage/Intel community has been ripped to shreds, only for the secret organization, Leviathan, to rise from the ashes. The team of detectives assembled by Batman continue their investigation after their scuffle with Red Hood, who they believe to be Leviathan. Bendis is steadily giving pieces to the puzzle as it goes on and allowing the heroes to decipher what they’ve learned in a natural way. He’s also setting up a huge status quo change for the future of Earth’s Intel groups: Will Leviathan prove to be a true successor to the heroes mission to save the world, or is it another attempt for a terror organization to control the world with it’s massive power? About halfway into this series, it’s hard to say which is better or even possible.

The Carnage centric event continues with the first of two tie-ins releasing today, this one focusing on four of the five members of the “Life Foundation Symbiotes”. Having not much knowledge as to their previous appearance in Marvel, I was well informed in this one shot that the four Symbiotes have bonded with a dog and travel across the Midwest in search of individual human hosts. But upon hearing the call from their Symbiote God, Knull, they have an obligation to return to NYC and fight alongside Carnage. A perfect catch up on the true terror these Symbiotes possess, it’s considered to be a small story that will allow anyone to be aware of how they fit into the overall story. Excited to see what they have planned for these monsters ahead in the event.

Over at DC, the Year of the Villain event continues with the second phase of the event, Dark Gifts. These issues focus on the aftermath of the Offer Lex Luthor has given to various villains (and a couple heroes) in order to recruit them on the side of Doom. JLO would’ve seen Darkseid given an offer, but since the Ghost Sector is cut off from the rest of the universe, Luthor was unable to give one. But we see dark gifts manifest as the team is altered to fit into Darkseid’s plans, which might be more horrifying than whatever Luthor could’ve offered him. Throughout the cosmic uncertainty of this event and everything since “No Justice”, this side of things seems to be going down a more sinister outcome. Darkseid Is….once again.

The future of the X-Men continues in this half od the Hickman takeover of the mutant titles. In this issue we see the beginning of Xavier and Magneto’s partnership and what Mutantkind becomes in the decades, centuries and millennia to come. As usual, I’m loving this series and I’m someone who hasn’t really read a X-Men comic. So it’s probably safe to say any fans out there that were worried about their treatment over the years can breathe easily, this is going to be a classic take once it’s over. Hickman knows and understands the importance of the Mutants in the Marvel Universe and knows how to place them back on top. Here’s to more awesome issue with even more awesome artwork!

Dark Gifts continues with this next issue, but the offer Mr Freeze was given by Luthor takes a back seat to the new arc. It’s obvious Tomasi is enjoying his time on this title and it’s proven by his use of characters not really used or haven’t been used in a while. Since Suicide Squad was cancelled, we haven’t really seen much of the squad but this issue brings in Deadshot and its nice to see him on his own without having a squad of villians behind him. Recommend picking this up just in the sheer value of how classic comic booky it gets.

And finally, we see the second of today’s Carnage event tie-ins, and it focuses on the sole member that isn’t with the other Life Foundation symbiotes, Scream. She’s on her own mission to get the approval of the Symbiote God, Knull. Will be interesting to see if Scream reunited with her sibling Symbiotes some time further into the event, but for now it’s a nice story that will continue for two more issues. This Carnage event is looking to be a massively enjoyable one, and I for one am glad to be reading it.

Well that’s a few of this week’s highlight issues, but just because I haven’t mentioned a certain title doesn’t mean it’s not worth your time fellow comic lover! Just make sure to support your local comic book shop and ask for recommendations on what to read.