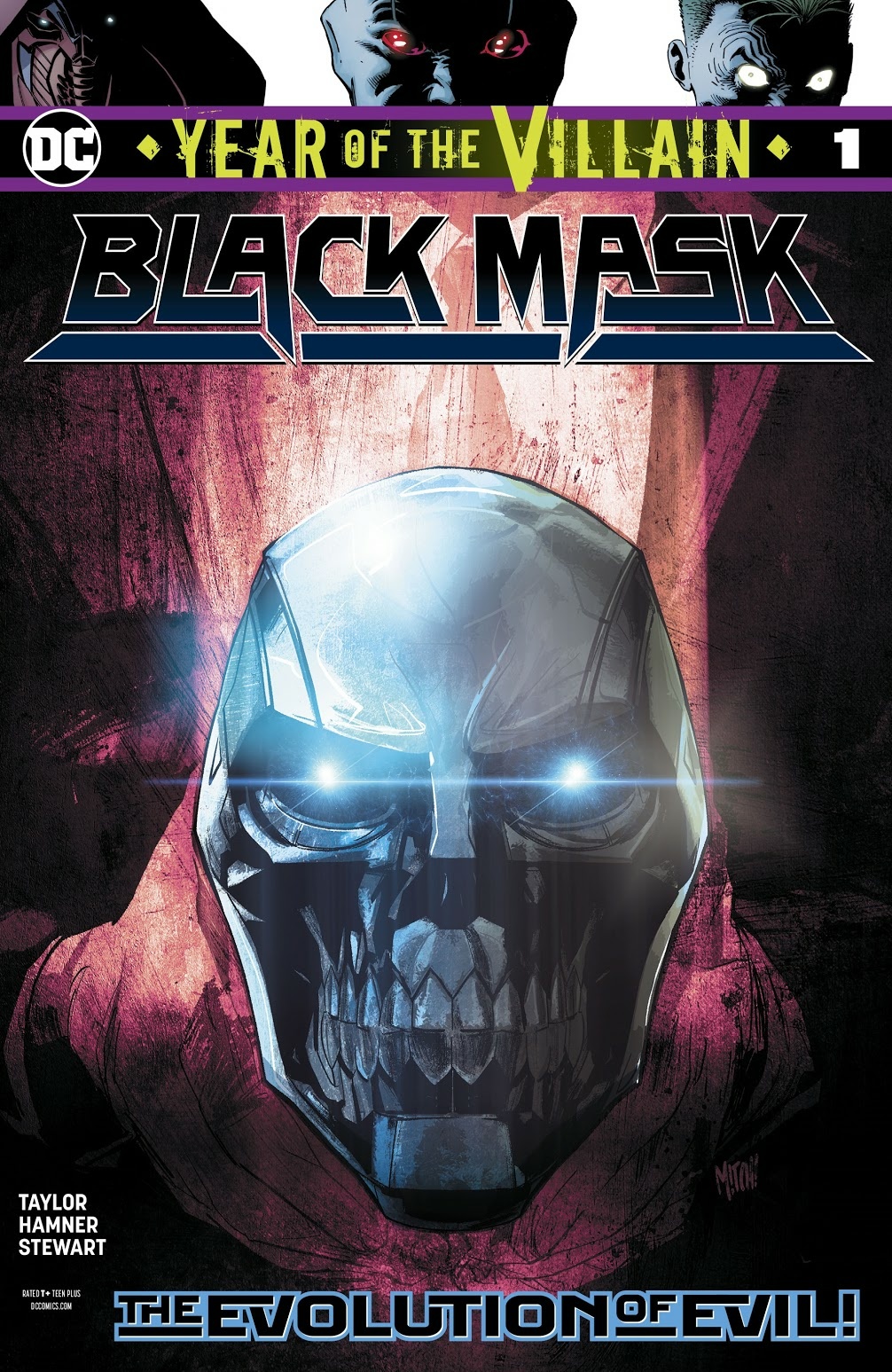 Another week, another NCBD! This week brings us a shocking event in Batman, the next chapter of Powers of X, Deadpool facing his biggest challenge and more! Don’t forget to follow for weekly peeks at some do the hottest titles from the Big Two.

*Edit: Forgot to add one more title I thought was worth mentioning!

This week shows us one of the future timelines of Powers of X, where mutants are on the verge of extinction and humans are slaves to the new Machine race. It’s a extremely dark issue, with the mutant race at it’s lowest and the fate of the world in a desperate position. Hickman’s shifting of Mutants into the spotlight is just what the X-Men brand needed and it’s obvious the two titles he’s writing are going to be essential reading for future X-Men events and fans. Recommend this as your go to pickup at the comic shop.

City of Bane continues with the occupation of Gotham proving to be a long one. Almost every villain is under the control of Bane, and no interference from the outside world is allowed, with Bane threatening deaths of innocents that he’s holding hostage, one of which being loyal butler Alfred. King is pulling in details from all of his writing on Batman to produce a story that is going to indeed have ramifications going forward. It’s going to be interesting where the arc goes from here, and I’m sure fans are gonna be talking about this particular issue for some time. I won’t spoil it, you’ll need to go read it and feel the impact yourself.

Absolute Carnage brings in another tie-in, this one including the Merc with a Mouth himself, Deadpool. Being told to get some therapeutic help by Spider-Man, Deadpool (after weeks of procrastinating) decides to listen to his buddy and go to the Ravencroft Institute. However, he soon realizes his day of self-help turns into survival. The Carnage centric event is my favorite Marvel read in a while as I’m a big fan of Symbiote related stories. Hopefully it ends up being my favorite Marvel story of the year.

Superman Year One is a retelling of Superman’s origins within a Elseworld landscape. Although this version doesn’t have anything too extreme or even that different from his standard origin, it’s within this issue we see the unique aspect of this origin. Clark has joined the U.S Navy in hopes to see the world and live amongst the fragile human beings he’s grown up with. Being a superpowers Kryptonian makes basic training a piece of cake for Clark, but the experience gives him a deeper insight into the human condition. It’s easy for Clark to complete the physical and mental regiments, but to watch people much, much weaker than he accomplish the same tasks makes Clark admire them. He also discovers a whole new world underwater and broadens his knowledge of the world. Those who were worried that Frank Miller would take drastic steps in his Elseworld story can breathe easily as this Superman is as heroic, kind, and charming as his DCU version. This would be my DC pick of the week and hope you pick it up as well.

Spider-Gwen she is no more, her name is Ghost-Spider. Now I haven’t read a single Spider-Gwen story but when I saw this, I knew I had an opportunity to jump on to her side of the Marvel Universe. And to my liking, I enjoyed this first issue. The art is good, the narrative sets up an interesting story and it also has Spider-Man, which doesn’t hurt. Hoping to enjoy further issues and stick around for this character and her adventures.

Teen Titans has kind of become of become one of my favorite titles for some odd reason. It’s not what you’d expect from a comic that’s supposed to be about teens, they deal with some dark shit. From Robin locking villains up in a prison underneath their tower, Red Arrow killing Deathstroke, and the team at constant odds, it seems the team is not in the best of places. But after defeating Lobo, it seems the team may be facing more struggles that’ll strain the already fragile bonds between them. Kudos to Adam Glass for his writing.

7) History of the Marvel Universe #2:

Mark Waid is probably the best man to be writing the History of the Marvel Universe, it’s just sounds right. It’s a great way to solidify what is canon in the Marvel Universe in a cool way, by having Galactus give Reed Richards the history at the end of all existence. Beautifully drawn and written, a huge recommend for any Marvel fan or would be fan to learn it’s history.

Finally this week adds the next tie-in to the Year of the Villain, and the next villain to be offered a solution to their troubles is Black Mask. Last seen escaping the Teen Titans prison, Roman Sionis, AKA Black Mask, has struggled to regain his position of power within the Gotham underworld. But now with Luthor’s Offer, he has the chance to do more than that. Roman is given the opportunity to take more power but on the global stage. It’s a fairly basic one shot but it does set up the potential of Black Mask to become a more prominent villain in the criminal underworld and I look forward to it. Credit to Tom Taylor for this interesting one shot.

Already is this comic insane and hilariously fun! I had no idea I could enjoy such a goofy comic and just lose myself in the narrative. Matt Fraction is doing good work here on his DC debut and I for one think people should pick this up soley on the fact that it’s one funny ass comic. Jimmy Olsen needs more attention and this is a great start. Lieber also gives it a very classic style of art to make it even feel nostalgic.

Well that’s it, remember to support your local comic shop and ask them for more recommendations on what to read.