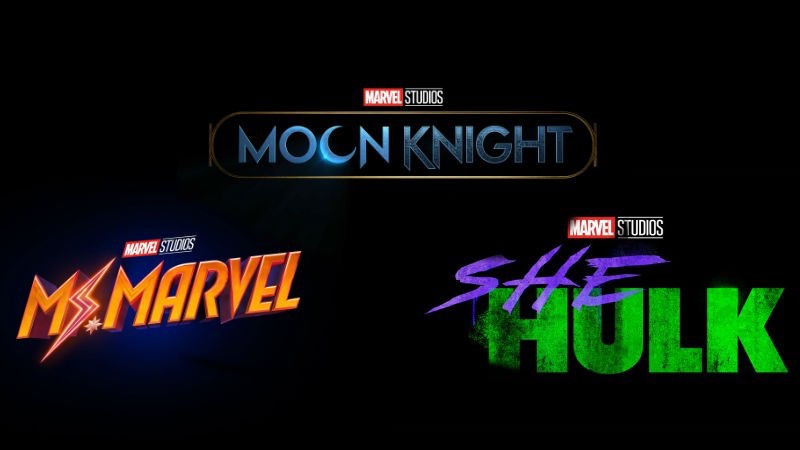 Marvel and Disney have been in the hot seat lately with news of a rift between Sony and Disney over a new partnership that would see the latter gained a 50% stake in future projects involving Spider-Man and other characters in the Spiderverse.

Despite the internet frenzy of the chaos between the two juggernauts, Marvel Studios boss Kevin Feige took the stage at Disney’s D23 conference Friday afternoon to debut some big announcements about his new role as head of Marvel programming at Disney+, the streaming service set to debut in November. Feige surprised everyone at Comic-Con this year with big reveals for Marvel and Disney+, but it looks like he had a few more tricks up his sleeve. Check some of the big reveals , some familiar and some surprises:

The Falcon and the Winter Soldier — Fall 2020 No footage here but Feige both confirmed the rumor that Emily VanCamp will be reprising her role as former S.H.I.E.L.D. agent and Peggy Carter descendant Sharon Carter and announced that Wyatt Russell is joining the cast as a new character called John Walker. In the comics, John Walker is a Captain America antagonist who brands himself “Super Patriot” and says only he represents the true American ideals. This should be fun. If this Walker is, indeed, an antagonist he’ll join the previously announced Daniel Brühl who will reprise his role as Captain American: Civil War villain Baron Zemo.

Loki — Spring 2021 Not too much new info broke out of D23 about Thor’s mischievous adopted brother Loki and his new show. Marvel announced that director Kate Herron (Sex Education) would helm all six episodes of a show which will, reportedly, send Loki hopping and skipping through time and answer the questions: “Where did Loki go after Endgame?

WandaVision — Spring 2021: Marvel didn’t debut any new footage of this distinctly off-kilter series because, well, they haven’t shot any. But they did unfurl a teaser which helps to nail down the tone of this elusive project. Distorted footage of star-crossed lovers Wanda (Elizabeth Olsen) and Vision (Paul Bettany) from their time in the MCU—including, yes, the Paprikash scene—was spliced together with footage from the classic 1960s sitcom The Dick Van Dyke Show featuring Mary Tyler Moore’s character Laura Petrie worrying that she and her husband weren’t who they thought they were. The show is being called half-classic sitcom, half-Marvel adventure. Reports suggest that the show could be inspired by Tom King’s comic book The Vision which sets the purple-hued hero among the picket fences of suburbia. (King recently teased that he was working on a top secret TV project and tweeted a hint that the project may, in fact, be WandaVision).

Joining Bettany and Olsen for the project are two skilled comedians from other MCU films. Kat Dennings will reprise her role as Darcy Lewis from the Thor franchise and Randall Park will appear as Jimmy Woo from Ant-Man and the Wasp. Whether they’ll be the versions of the characters we’re familiar with or new 60s-esque spins on them remains to be seen. Also joining the cast is the great Kathryn Hahn who will be playing the classic sitcom archetype of the “nosy neighbor.” All of this zany comedy will dovetail into Olsen’s crossover appearance in Doctor Strange in the Multiverse of Madness coming to theaters May 7, 2021.

What If…? — Summer 2021 Feige already peeled back most of the What If…? curtain at Comic-Con earlier this year. You can read all about Marvel Studios’s first animated series here. But in addition to what we already knew—a bunch of MCU actors will lend their voices to alternative takes on familiar stories hosted by Jeffrey Wright’s character of the Watcher—the Marvel team rolled some footage of these alternative takes. D23 audiences saw, for example, a zombie Captain America and T’Challa, not Star Lord, in the familiar opening heist from Guardians of the Galaxy. But the biggest hit of all was the reveal of Hayley Atwell’s Agent Carter as the recipient of the super-soldier serum instead of Steve Rogers.

The big reveal of Atwell and Captain Carter lead to thunderous roars from the crowd.

Ms. Marvel News that teen Muslim-American superhero Kamala Khan would be getting her own Disney+ show hit the Internet mere hours before Feige took to the D23 stage to announce it. But a few hours is plenty of time for a controversy to brew, and fans of Khan and what she represents were initially disappointed when they thought she would “just” be appearing on Disney+. But what the initial report failed to mention is that Khan will be joining the MCU in the big screen as well as in her own show. So good news all around there.

Moon Knight Another piece of Marvel news that hit the internet just before the big D23 presentation was that Kit Harington of Game of Thrones fame would be joining the MCU. An early, popular guess as to who he might be playing was Moon Knight a.k.a. Marc Spector and, lo and behold, Feige announced that Moon Knight was getting his own Disney+ series. In the comics, the character is a boxer who develops dissociative identity disorder and may or may not be descended from the Egyptian deity Khonshu, but at the very least has moon-based powers. But Harington’s name didn’t come up during this presentation and so I suspect we’ll learn what he’s really doing in the MCU tomorrow during Marvel’s feature film presentation panel.

She-Hulk another big reveal. Who is she? If you have to ask, imagine Smart Hulk from Avengers: Endgame, but female and Boom! Also, she’s got a law degree. In the comics, this character is Jennifer Walters a.k.a. Bruce Banner’s cousin, who gets his Hulk powers thanks to an emergency blood transfusion he gives her. Given Jennifer’s legal prowess this could wind up being a legal drama for Disney+. Time will only tell where this story goes or what the origins will be, but we’re pretty excited either way.

What are your thoughts Freaks and Geeks? Are you thrilled about this line and what’s to come? Let us know!