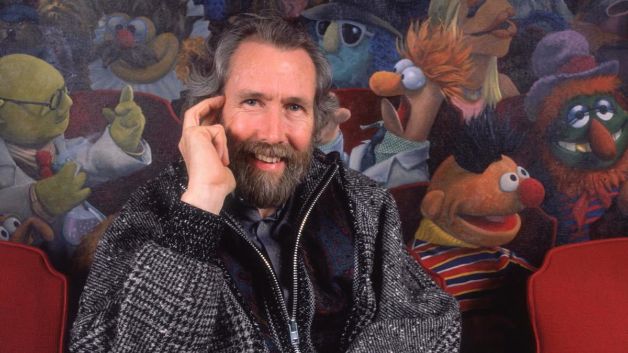 The Entertainment Industry has many influential figures that changed the way that their respective fields are operated and thought of. There have been many creative voices that have lent their talents to changing the ways in which people think about art and without these individuals we wouldn’t have some of the most amazing creators and voices that we have today. It’s a rare treat when one of these influencers steps forward and because of that I feel like one of these voices that sometimes gets overlooked was puppet master, Jim Henson. Henson created some of the most iconic puppet characters of all time and totally changed how filmmakers view the tools at their disposal. He changed an entire industry and his talent has influenced so many people so much so that it is still felt to this day. He deserves to be recognized for what was left behind. With the recent release of the Netflix series, The Dark Crystal: Age Of Resistance I felt it important to look back at Jim Henson and see how his legacy has impacted modern creators and how his legacy still lives in the new series.

Jim Henson was born on September 24th, 1936, the son of a man who worked with the US Department of Agriculture. He grew into a child that loved to be creative and loved the arts like his Grandmother. He was very close to her and as he got older he became more and more fascinated with the newer technology of the time, Television. His love of television and the arts led him to create his first show with Puppets, Sam and Friends. This early television series would lead him to a path that would change the course of his life as well as introducing him to the love of his life and closest working partner, Jane.

Jim worked throughout the 50s and 60s producing content for television as well as making popular commercials with his signature puppets he often referred to as Muppets. Jim was approached in the late 60s by Joan Ganz Cooney who wanted Jim and the team he had assembled to use his talented puppetry to create characters for an educational show. That educational show would be the immensely popular Sesame Street, which would premiere in 1969. The show was a massive hit and it proved that Jim was a talent and force to pay attention to. While working on some specials during the 70s Jim would enjoy the success of Sesame Street, but he wanted to hit a broader demographic and in 1975 he was able to create a variety show consisting of celebrities and puppets that would reach all ages. That was the immensely influential, The Muppet Show. This show skyrocketed in popularity leading to the Muppet characters becoming household names. These characters including the most famous Kermit The Frog would go on to star in multiple television series, movies, and a whole batch of other content.

The success of the Muppets would lead Jim into the 1980s where Jim wanted to keep the Muppets alive, but also do films that pushed the limits of puppeteering. At this time he had entire groups of puppeteers under his disposal in his own workshop working to create more feature films and other forms of productions. While many people fondly remember Labyrinth as one of his films outside of The Muppets, the film that was long overlooked was that of 1982’s The Dark Crystal, which was a complete passion project for Jim. The film received lukewarm reception at release, but because of the amazing leaps in technology and artistry that film has become a major cult classic as time has gone on.

While Jim would go on to create more amazing content he would unfortunately not live long enough to bring more joy to the world. On May 16th 1990 he passed away after struggling with illness.  The World mourned his loss. His passion, energy, and a love for the work he created left behind a legacy that can still be felt to this day.

When Jim Henson passed away he didn’t leave the world empty. While his unique identity and passion may not be around anymore the work he did do changed how people view the art of Puppetry. This unique art form used to be very simplistic. Multiple characters usually performed via hands or marionette telling simple stories for people in more public places. Jim created new ways to use puppets effectively not only on television, but also in film. The technique involved reaching your arm up above your head into the head of the puppet while staying down and having a monitor show you what can be seen on camera. That style made these characters move more realistically given their natural limitations. They allowed the characters to come alive and this wasn’t the only thing he helped advance.

Henson was able to use technology similar to animatronics for puppeteering the more complicated motion of characters breathing life into them. He helped to instrument these changes and leaps in technology by bringing some of the most talented people in the field together. This team included one of his longest creative partners, Frank Oz who was extremely talented in his own right. He’s best known for bringing the character,  Yoda to life for the Star Wars films. Without meeting and working closely with Henson Frank Oz then Yoda may not have happened as beautifully as it had. With Oz by his side he was able to continue into the 1980s finding new ways to completely revolutionize the range of movement of puppet characters. His vision stemmed from himself to the craftsmen and women who were able to innovate.

Hensons’s ability to work with incredible artists was one of his greatest qualities and because of his unique vision and his insistence on always pushing technology forward, that energy has created a long legacy of filmmakers willing to use these technical advancements to bring characters to life for other feature films and television series. While puppetry isn’t as commonly used today, it still is a part of the work put into practical effects. Its tech has been since improved upon and continued with work going into Disney’s Muppet productions as well as the Jim Henson Creature Shop still being used for projects regardless of their direct connection to his characters.

The Legacy of Jim Henson has been carried on by his family and by those who knew and worked with him. His creative mind has been admired for its unique light he shared with the world. This legacy has led to his characters continuing on and the most recent and most passionate example of this is the new Netflix series, The Dark Crystal: Age of Resistance.

The Dark Crystal: Age of Resistance

The 1982 cult classic film, The Dark Crystal was said to be a project that Jim henson had so much passion for. If you take a look at that film today it is a marvel for it’s incredible attention to World building, but its short length doesn’t give as much attention to the entire lore that he created. It is a Fantasy narrative in the vein of the Lord of The Rings and after many years of hypothetical concepts for a sequel it has finally been adapted into a 10 Episode series for Netflix.

The Dark Crystal: Age of Resistance is a prequel to the original film that expands on the world and legacy that Jim Henson left behind. The original may already be a Dark Fantasy allowing for heavier themes to be presented, but this show takes this and makes sure to stay true to what was intended thematically and narratively. It even employs modern technical advances that Jim did not have when making the original film and that includes the use CGI only where it is needed. It makes certain elements easier, but the show doesn’t neglect to keep true to the puppetry and it is marvelously impressive in its approach.

The advanced technical elements and the expansion of the Narrative in a larger setting gives life to what Jim intended with his original film and the critical reaction to the shows talent, puppetry, and the cast has been spectacular. This show continues the Henson legacy beautifully and deserves recognition for helping to keep the art of puppetry alive and relevant in a new space that would not have been thought possible back when Jim was alive. This show is beautiful in many aspects and I certainly recommend you watch it if you love the work of Henson and by that extension the work of people who followed in Henson’s footsteps even after he passed.

Jim Henson was a masterfully intelligent soul with an eye for creating incredible art that pushed the boundaries. This work influenced countless people.  The characters and worlds he created remain a staple in popular culture to this very day. He may have left this World too soon, but visionaries are picking up the things he laid the groundwork for. It is especially felt in  The Dark Crystal: Age of Resistance. His presence will never not be felt, but he is someone who should and will always be remembered and respected.

By Chris NugentDecember 18, 2020
To Top
%d bloggers like this:
We use cookies to ensure that we give you the best experience on our website. If you continue to use this site we will assume that you are happy with it.Ok