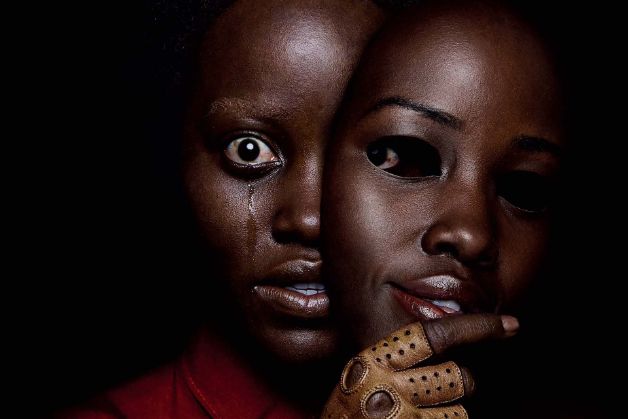 Halloween Month continues as we move forward into discussing topics related to the spookiest time of the year. I think something we don’t tend to do when discussing love for the genre of Horror is asking why fans adore it so much. Probing into the reason behind fandom is something that is incredibly fascinating. Most people tend to enjoy things for the pure sake of enjoying things, but often times there can be a bit more to it under the surface. It can be as shallow and as deep as you make it out to be and sometimes both can cross over to a degree. With any fandom there are usually reasons why someone is in love with the property. Horror fans are a unique bunch because they are so often misrepresented and many of these fans don’t fit neatly into one box, which is why during the scariest season of the year it is a great opportunity to look at the reasoning why Horror fans love what they love and to what degree do they love, relate to, and enjoy these films.

So many people use film and art as a means to escape. We all  need something to keep our minds off the wear and tear of everyday existence. There has to be something to focus on for entertainment value outside of work and life expectations. This balance of work and having something to enjoy can keep us all healthy mentally. Horror films are often this needed sense of escapism for horror fans and that serves an important function.

There’s always a deeper meaning to any form of  art in whatever it prescribes to be, but it is also a means of entertainment. It’s a way to get away with something fun for a few hours and to many horror is a genre that takes the audience on a thrilling ride shooting up one’s adrenaline and keeping them on the edge of their seat the entire time. That adrenaline is a key component to the enjoyment of horror. It allows for an experience to fans unlike many other forms of cinema. An experience where you can experience the horrific incidents on the screen and feel even more alive in a safe way. This control is something that can be really entertaining in many ways. As a horror fan myself I often love horror that is pure in its sense of embracing the fun of the genre. Films that have no real depth to their structure, but just are there to transport the audience to this fictional world and engross them in a narrative that can be scary, funny, and shocking. One of the best subgenres of horror that exemplifies this escapism is in the slasher genre. These films tend to not break the mold. Films like the Nightmare on Elm Street series rely on the creative and oftentimes ridiculous death scenes and scares to deliver a worthwhile experience where the fan can get lost in to forget about their own issues and worries.

I mentioned in last week’s article the connection between humor and horror and how that can be a narrow line. With this line being so easy to cross the films that are made to be comedic are often excellent at providing escapist content. While many horror comedies tend to satirize the genre there are just as many whose goal is to entertain by having humor appear simultaneously with the scares. If successful these films can do a great job at giving people the simple satisfaction and entertainment they need in their lives in an extremely safe and healthy way. That in and of itself is why so many horror fans are dedicated to the genre. It allows them a place to just have fun and that is important in a time where there is a lot of cultural division.

While Escapism is an important aspect of film and entertainment there is a lot more to be said about this genre and the reasons why fans are so incredibly passionate. Great art can and should say something. While entertainment is just as important, I feel like it doesn’t have to be separated from encouraging  the audience to do a bit of introspection.

The best films released tend to examine deeper themes. Whether those themes are  political or more personal that examination is fascinating and while many horror films sometimes neglect this there are so many more that attempt to speak to some truth and to let the audience face some really harsh realities. 2017’s Get Out is a film I had touched on in the past, but it’s themes are so clear in that it forces the viewers to really take a look at the dark side of race relations. While the film used an exaggerated scenario, the point of the film still hits on all cylinders. It makes you analyze the racism still heavily present in our culture and asks you to examine why this is. The film is meant to start conversations and to maybe call to attention those prevalent issues so that we could work towards improving it as much as possible. It is still very much a horror film at that and fans have embraced it because it is much deeper than your typical film.

There is a misconception that fans of horror tend to like nothing but violence and cheap thrills, but  many horror fans including myself love the idea that a horror film can use the inherent tension and unease to speak to some deeper level of understanding the world we live in. Some of the best works of fiction ask you to question everything and some of my own favorite horror films ask you to empathize with the struggles of others. The current sociopolitical climate is exceptionally tense. The hatred and bigotry being seen as glamorous to some is disheartening, but in a unique way films that deal with horrifying evil can be used to personify that evil as a tangible force. Horror can be used to draw empathy to those that are victims and they can ask you to step in their shoes for the duration of the film. That empathy can lead to introspection and analysis, which can keep a fan coming back not only for the flashy elements of Horror cinema, but for the inherent questions it forces you to answer in your own ways.

While horror can be used to escape and be used as a way to begin introspection it is also a genre that can be very personal to people. There are a lot of people who don’t quite feel they belong or who don’t feel right in their own skin. In a unique way horror can speak to them in ways no other genre of film can.

So many people have a love for horror. It’s an extremely popular genre that has had some major hits, but it is a controversial genre allowing for darker subject matter and even stranger elements to flourish. The most fascinating aspect of this genre is how it often attracts the outcasts. The people who either don’t quite fit in or who have felt marginalized in our society. The reason why it does is because it is of sorts a safety net to experience emotions without having to carry that burden around. I have my own feelings of sadness, loneliness, depression, and isolation and sometimes art can’t really capture that feeling. Horror is one of the few genres that is able to take my fears and every other issue I have, present it in a safe way and make me not feel alone in my own pain. I know of  many others who feel similarly to this. The safe presentation of fears on screen is incredibly cathartic and it allows me to handle my feelings in ways that keep me from my own self-destructive habits. This has helped me more than most forms of cinema has and it is unique in this way. The fans connect emotionally to many properties, but people who dislike horror often forget the coping qualities of this genre.

Recently some films have taken broader steps to touching on emotionally deeper subjects that can be used as coping tools to certain degrees. The 2018 film Hereditary garnered acclaim for it’s narrative around the breakdown of the family unit. It featured characters succumbing to the pain and torture of loss and how that changes you completely. The 2014 film, Babadook explored loss in a different way manifesting the monster as the literal embodiment of grief. To those that have lost people and have dealt with family issues those themes are strong and presenting them as scary is incredibly emotionally honest. It’s rough, but the honesty in its presentation is resonant. These are just recent examples of negative emotions being presented as cathartic and horror can be uniquely brilliant at doing so.

The fans come back to horror to get an experience that can also move them in ways that many other genres can’t. They stay fans because it is helpful to them in many ways, but especially in coping with real life worries, struggles, and emotions.

Horror is a genre that is often misrepresented and often times its fans are mistreated. The question of why they are fans is one with many different answers, but the reasons that I presented resonate with my own enjoyment of this incredibly diverse genre of media. The films have shaped my tastes and have gotten me through the good times and the bad times. That speaks to what Art can do when given the opportunity to shine. So many horror filmmakers understand the power the genre has and accept the World is complicated and ever changing. Fear is an emotion that will always be relevant and as long as there are films, Horror will always find its way to make itself known in cooperation with the fans working to keep it alive.