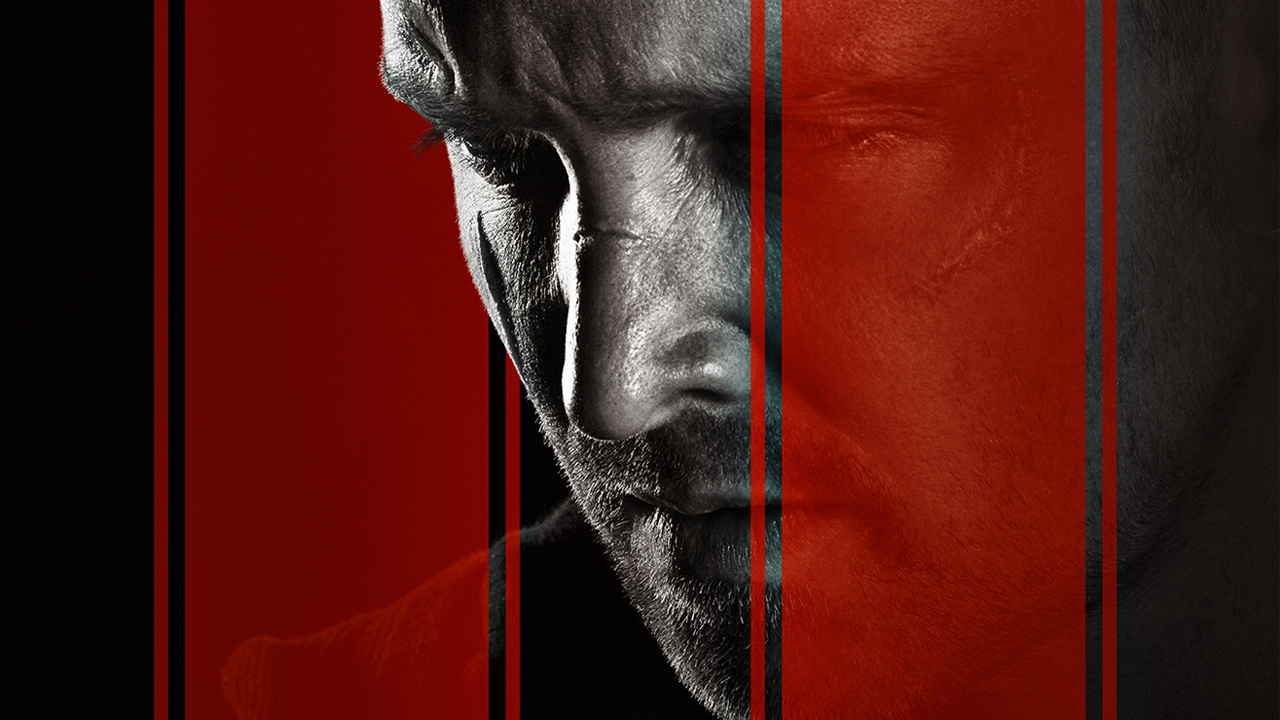 Six years ago, fans of one of televisions greatest shows “Breaking Bad”, watched as it reached it’s finale and saw the end to Walter White’s journey from mild mannered school teacher to Drug Kingpin of the biggest meth empire in US, perhaps even world history. Now, after all this time we get to see what became of Jesse Pinkman, as he escaped the compound he was being held captive at for close to a year. What we get is a slow, nerve wracking film that shows how much Jesse has truly suffered, and how his fight to survive proves he’s always been the good one opposite of Walt’s evil.

The movie begins with a nice flashback with Mike and Jesse discussing Jesse’s departure from the meth business. This helps in setting up the objective for Jesse’s future escape over a year later: Run to Alaska. It’s remote, it’s far and it’s the best chance for Jesse when the movie snaps back to the present. For someone who has gone through the torture and pain he’s experienced, Jesse remains alert and on edge at all times. I credit Aaron Paul for being able to pick up the role without missing a beat, as if this movie was filmed immediately after Breaking Bad ended.

The film continues with a dark, foreboding sense of an unknown fate. Having his face on every tv screen in country, Jesse faces insurmountable odds in an effort to escape Alberquerque. It’s dreadful to be in a constant state of horror and worry for Jesse in every scene as he narrowly avoids police, bystanders and other people looking to toss him over to the feds. He’s truly alone, say for the two extremely loyal friends Badger and Skinny Pete, and I felt bad for Jesse like I’ve never before. He’s always the one to suffer the most as result of Walt’s past actions and he has no one to embrace or share his trauma with.

A broken Jesse seeks to escape and create a new life. (Credit to: Netflix)

The film is constantly flashing back to his captivity and a particular day when Todd, one of the Nazi affliates that enslaved him, had him dispose of his cleaning lady’s body simply because she stumbled across his money stash. Enforcing how truly degrading and miserable he was, Jesse was too broken to even escape when given the chance. At certain moments I was highly nervous in a couple of scenes and was worried he was about to be caught and have more to deal with on top of everything else.

Scars that Jesse will carry for the rest of his life. (Credit to: Netflix)

In a surprising move, Jesse even gets into an old school Western styled shootout with a man who happens to be the guy who welded together the rig that kept Jesse chained up in the meth lab. Having encountered him earlier in the film at Todd’s apartment while looking for his secret cash stash, the moment is perfectly set up as being the final roadblock in his way. The man who helped chain him up will be the last obstacle before he achieves freedom.

The movie is one giant Breaking Bad episode, from the music to cinematography and the overall tone. Its all perfectly done as only Vince Gilligan can do and I’m glad he decided to create this movie. As someone who had always wondered what happened to Jesse, I’m glad to know he made it out alive and hopefully, found some semblance peace for what he’s done.

A solid movie that provides a satisfying conclusion to Jesse’s story with an emotional insight into his psyche and well being. Although at times a tad underwhelming, there’s also a few scenes where it kicks up a notch and delivers on the tension.

Why Horror Fans Are So Incredibly Passionate
Retro Review: ‘Alien’ (1979)

By Frankie AceSeptember 9, 2020
To Top
%d bloggers like this:
We use cookies to ensure that we give you the best experience on our website. If you continue to use this site we will assume that you are happy with it.Ok