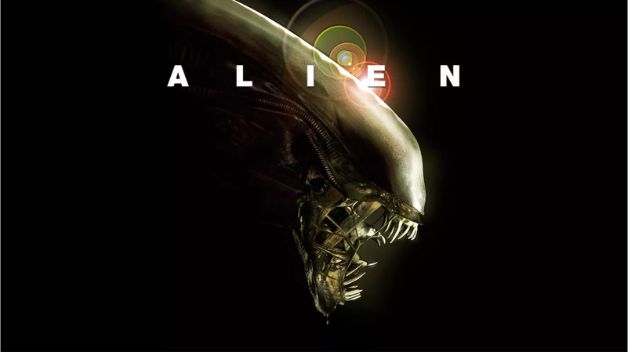 There are certain films that have irrevocably impacted the art of filmmaking and have reinvented the genres that they happen to be a part of due to the filmmaker’s willingness to try something new and distinct. It’s a rare pleasure to see one of these films make a massive cultural impact and while there have been several that have shaped the horror landscape it is hard to ignore the massive impact that Ridley Scott’s 1979 Horror/Sci-Fi Classic, Alien has had. 40 Years ago this film was released on an unexpecting audience who hadn’t seen a Science Fiction film with a terrifying Alien entity quite like this. It stood out as opposed to the other Sci–Fi hits of the time, which included Star Wars and Close Encounters of the Third Kind. The Aliens in those films were characters and could often be friendly, but in this film the creature was downright terrifying. As we continue into the Halloween Season it also happens to be a great time to celebrate the 40th Anniversary of this Contemporary classic. Here is our review of Ridley Scott’s Alien.

Our story begins in the future where Mega Corporation, Weyland Yutani has commodified Mining of other planets for resources. We follow the crew of the Transport ship, the Nostromo as they are traveling through deep space and are brought out of stasis when a distress signal is intercepted from a desolate moon. When investigating the location of the signal an unknown Alien organism is discovered that latches on to the face of crew member, Kane. This attachment leads to his return to the ship and the start of an intense narrative with every character including the lead, Ellen Ripley fighting for their lives as they deal with this very real and very scary lifeform aboard their claustrophobic ship.

While the film has been out for some time I have chosen not to spoil the story because it’s a film that relies a lot on its tension. The story is fairly simple in its structure, but brilliantly complicated in its connection to the lore that it has created for this World. The film excellently uses the seemingly miniscule  threat of an overbearing corporation alongside the very real threat of the Alien organism hunting these people on this ship. Its simplicity and its slower pace in building up the tension is a perfect balance to the incredibly effective third act that is completely satisfying. The plot is an excellent example on how to craft a horror story with depth and intrigue. I can’t stress enough how every moment albeit slow is crucial. Even seemingly quiet moments give context so that when things begin to happen you have an idea of where things will happen and why it’s happening the way that it is. The script and screen story pairs nicely to create one of the best narratives in this genre and watching this film again only proves why this film is still just as excellent 40 years after its release.

The film is backed up with some incredible talent, but it’s impossible to ignore that it is directed by the extremely talented, Ridley Scott. Scott’s body of work speaks volumes, but as a horror fan his work crafting the Alien franchise has always been incredibly exciting. He was able to take a script that had gone through multiple drafts and find a crew that was willing to bring this to life with an incredible amount of care and attention to detail. He worked closely with a group that understood the technical aspects in addition to working closely with H.R. Giger to use his art as the basis for the design of the infamous Xenomorph. Giger’s work is phenomenal and the film captures his talent brilliantly easily creating one of the greatest looking monsters in all of horror and sci-fi cinema. Giger helped to shape the modern sensibilities when it comes to how monsters can look on screen. Scott brilliantly used all of Giger’s incredible art and talent and combined it with his own inherent abilities to lead a crew to success. While his talents were on full display in every frame of the film it goes without saying that his ability to find a cast to carry out every scene was also impeccable.

The cast of this film is phenomenal consisting of some talents that include Harry Dean Stanton, John Hurt, and Tom Skerrit. The film could have easily not worked as well if it weren’t for this cast that brought these characters to life in their believability. Their characters were made to be shown as blue collar people who were simply there to do a job and the actors’ performances bring out the humanity in each one so that when things eventually happen you are wanting to see the best for them. This incredible crew is also backed up by the extremely talented, Sigourney Weaver turning in an incredibly powerful and vulnerable performance in her first major role as Ellen Ripley. This film is unique  for the time in that the roles were written so that many of the characters didn’t have a specific gender attached to them, which gave Sigourney Weaver the ability to play a character that wasn’t looked at as lesser, but as a standout badass. This wasn’t as common during the time that this film was released. It is a major reason why she has remained as popular character after all of these years. Weaver’s talents are on full display and she plays off of the rest of the cast extremely well. The film still holds up because of these very real and very moving performances.

In general the talent of the entire crew, director, and the actors helped to craft one of the most fascinating films of the era it was released in. Without their abilities this film wouldn’t have been as successful as it is.This in part is due to the Technical Aspects that brought this film to life.

This film is from a time when computer technology wasn’t being used to create feature films and everything that is seen on screen is practically done whether it be on set or using background paintings. This film is phenomenal from a technical perspective. Visually it is stunning with its cinematography bringing life and beauty to the concepts and illustrations that Giger drew. The dark tone and atmosphere heightens the tension, but the film never feels devoid of color or life. Each shot even in darkness is visually striking. While the film’s cinematography stands out what is also impressive visually is the actor and the costume used to portray the Xenomorph. Its movements and the suit provided are effective enough that it never feels like a man in a suit, but a dangerous living entity in this fictional world. The effect never pulls you out of the experience and it still holds up after all these years.

The audio in the film is excellently mixed giving dynamic moments that extra boost of tension needed to keep it scary and while the score by Jerry Goldsmith is excellent, the film excels at knowing when to use music to emphasize the dark beauty of scene and when to hold back on the music to let the ambience drive the tension in the scenes. The film is quiet in many points and in that sense it makes the viewer hyper aware of any sounds present. It’s brilliance comes in the balance it strikes to keep the integrity of the film and the experience at the top as opposed to using music as the highlight.

The entire technical side whether it be through video, audio, or special effects still look, sound, and work extremely well. It is a testament to talented artists excelling at their craft,

It is difficult for me to not call this film a Masterpiece of Sci-Fi and Horror. It beautifully combines those two genres to create one of the most thrilling and stunning films to date.The film has influenced so many other talented creators and it changed popular culture when it introduced one of the most iconic lead female characters and one of the scariest movie monsters to date.  It’s a film I love and appreciate more every time I see it and it deserves to be recognized as one of the best films of all time. It also just so happens to be a perfect film to celebrate during Halloween. I highly recommend you see it if you have yet had the chance to do so. It is absolutely worth every moment.