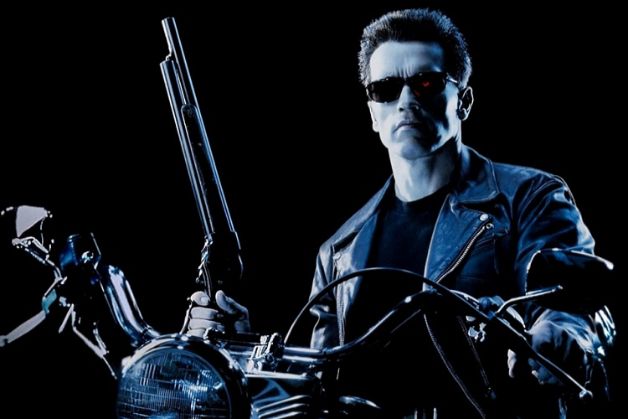 Terminator:Dark Fate was released this past weekend. It is the 6th film in this over 30 year franchise and unfortunately due to lower interests it failed to make a dent at the box office. It’s a far cry from where the series was before and it just reminds me of just how much Terminator 2: Judgement Day was a landmark film. While the series may be waning there would be no franchise without T2 making a name for itself in 1991. That film while being a sequel brilliantly expanded on this fictional universe of robots and an apocalyptic future while changing some elements of the tone of the series in ways that helped give the franchise more depth. This film changed film in a lot of ways and it has easily been seen as a Modern Classic. I intend to look at the individual elements of the production and see how a sequel to an 80s Sci-Fi thriller was so successful. Here is our look at why Terminator 2 is a  Modern Classic. There will be some minor Spoilers ahead.

The first thing to discuss when analyzing the masterful approach of this film is to look at the narrative and how that ties into why it’s so lovingly remembered. The plot takes place several years after the first film with John Connor having been brought up in a foster home with Sarah in a mental institution after she was almost murdered by the evil T-800 Terminator and subsequently she has been blamed for the murders committed in the first film. Meanwhile another Terminator, the T-1000 is sent to finish the job and kill John Connor, which it almost succeeds in doing so until another T-800 shows up with the intention of not wanting to kill John, but to save him. It’s up to this reprogrammed T-800 with John and Sarah to stop the looming threat of the T-1000 and to change the fate of the future.

The plot does so many things differently from the first film. The most drastic change is that of making the T-800 a good character. He’s there to help and support John by any means necessary, which in turn changes a lot of of the tone for that film. The original Terminator is a dark and gritty Sci-Fi Thriller about an unstoppable killing machine. This film is a thriller with the added element of an action narrative. It finds a middle ground between being intense and also indulging in the fun of it all without it feeling stretched out. The lore is properly built upon and the story manages to incorporate the broader complexities without any moment feeling like it drags on longer than it should. T2  is not short, but it’s pacing is so well thought out that even in the slower moments the dialogue and the scenarios keep building and escalating the tension until the film reaches an incredible conclusion that wraps up its own narrative without leaving any arc unfinished, which could have easily been the end of the series if they hadn’t decided to continue with a franchise.

The changes between the first and the second film don’t hinder it in any way. They improve upon it at every turn and make this film feel so distinct that it caught the eye of so many people with its focus on action and genuine moments of horror. That balance really makes this a unique experience, but the film is nothing without the talented individuals that help bring the world and the narrative to life.

The film is filled with multiple creative and interesting filmmakers, writers, and actors that keep this film memorable and incredibly well crafted. It was written and directed by well known filmmaker, James Cameron coming back and continuing this franchise. He was not content to make the same film again so he changed so many of the elements, which in turn made a much better film for its boldness. Cameron’s talent is on full display here and it is widely regarded as one of his best films, but he wasn’t alone in making this. He had an entire crew of talented people that worked on set and in post-production that made the film look great. The cinematography was done by Adam Greenberg who used some interesting shots and made the film have a dynamic look that was epic in scale. The cinematic framing made each scene feel so much larger than what was used for the original film and that was needed for this production. It also had an incredible handling of early CGI. While not the first film to use the technology it was one of the earliest examples of it being used to make the T-1000’s body move like liquid metal. It was done so well, especially for the time that so much of it still looks great. A lot of effort was put into making it feel believable and work in coordination with the brilliant use of practical effects that perfectly balances that film out. The film also has incredible attention to dialogue and characters thanks to the script, but the cast had the task of bringing them to life and they did not disappoint.

The cast not only features the return of Arnold Schwarzenegger in the role that made him a movie star, but also the return of Linda Hamilton. In the first film these two were at odds with each other. Linda portrayed the young, Sarah Connor trying desperately to survive against Arnold’s T-800 and it’s pursuit to end her life. T2 has both of them drastically changed with the T-800 being a hero and Sarah having turned aggressive thanks to the trauma that she suffered and the treatment at the Mental Hospital. Linda Hamilton steals every scene of this film giving an all out badass performance and delivering dialogue that only she could pull off. Meanwhile Arnold gives a great performance as well and his accent continued to be a plus for the cold machine that is Terminators. His lack of a personality is intentionally clashing with the moments of emotion from every other character. In addition to these two, Edward Furlong portrays John Connor. He is the heart of the film making the bond with Arnold so much so that the two of them give way to some of the most entertaining and emotionally gripping elements of the film. These three carry the film with a supporting cast that includes Robert Patrick as the deadly T-1000. These talented actors make this film come together and they are the glue that help to stick the landing with the quality of this film. They all deserve recognition for their individual contributions to the entire production.

The talent present for this production were all phenomenal and they are all responsible for the success of this film. They allowed the film to still have a long life, which in turn has made it something that still resonates with people.

Why It Still Resonates

Terminator 2 still has found a way of making it into the cultural zeitgeist. It’s smart, funny, scary, and brilliantly crafted. It has all of the perfect elements for a great film, but being great doesn’t necessarily mean being able to resonate with people almost 30 years after its initial release. The first and most obvious reason as to why it is the case is the themes that it so cleverly uses. It’s a film with a surprising amount of heart and it is inevitably a hopeful film concerning our place in the universe. People tend to be afraid of what they can’t control and so many turn to cynicism because life beats them down. The film is a staunch message of overcoming adversity. Whatever life throws your way you still have the opportunity to choose how you handle it. The line, “There’s no fate, but what we make for ourselves” is a prominent theme that is carried over from the first film. Having the ability to choose to do what is right and to take control over things we can control is something that many people struggle with and that struggle is beautifully presented in the arcs of each of the characters. This simple statement determines a lot of the decisions and the themes for this series, but it’s truly exemplified in this film.

Even moving past the emotional themes, the film also is an excellent example of balancing seemingly distinct tones in one film without it feeling disconnected. It uses humor to make up for scenes that are far more intense and that in itself is what a lot of filmmakers attempt to do. This film resonates because it is able to do this so effortlessly and it is fondly remembered because of this. In a more modern sense the MCU attempts this and often times it succeeds. I’m certain that this film in particular has been influential on the styles of so many action filmmakers. It is still just as relevant because there are so many films that try their best to emulate it and I feel that a lot of films are made better for taking inspiration.  It balances entertaining thrills with higher concepts in a way that refuses to speak down to the audience. It questions and challenges how a sequel should be handled and it’s hard to dislike it for doing so. The attempts at breaking new ground is often why T2 is so highly regarded. At the time of the release there hadn’t been a film quite like it beforehand and it persists because there really hasn’t been many films like it since.

Terminator 2: Judgement Day is a bold, fresh, and exciting Action/ Thriller that uses Science-Fiction to tell a very human story about hope, humanity, and love. That is why this film is so highly regarded. It is why it is considered to be a Modern Classic. It is one of my all time favorite films and is one that I have no issues watching multiple times. It’s rare for a film to be so balanced between emotional depth and thrilling spectacle that it absolutely deserves the praise that it has gotten. It’s a classic that I highly recommend seeing again or for the first time if you have yet to see it.