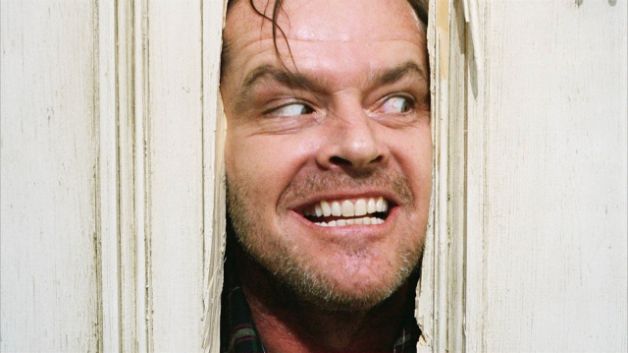 This past weekend, an adaptation of Stephen King’s novel, Doctor Sleep was released to a positive critical reception and an even stronger reception from those within the horror community. The film which was directed by Mike Flanagan is not only an adaption of that King novel, but works as a sequel to Stanley Kubrick’s 1980 psychological horror adaptation of The Shining. That original film may have major differences from the novel, but it is in and of itself a work of pure cinematic art that is unparalleled with most other works of horror especially at that time. The film is unlike anything else and so many filmmakers have found inspiration in this modern horror classic. The artistry behind it is absolutely worth discussing and looking at why it has gained such a positive reception and still continues to. Here is our deeper dive into this cinematic classic and how it stands the test of time purely for it’s craft in how effectively it used Cinema to create an incredibly memorable and scary horror film.

Stanley Kubrick is often looked back on and remembered fondly as one of the greatest filmmakers of the last 50 years and for good reason. His films such as 2001: A Space Odyssey, Full Metal Jacket, and A Clockwork Orange are constantly being looked at and analyzed for their intrinsic artistic qualities in film schools. His unique vision on how to make a film is much different than most other artists and that is why his work is so memorable. His perfectionist tendencies are what led him to create the enhanced reality found in The Shining. That vision is wholly unique unlike anything else.

The Shining is the story of the Torrence family hired to take care of the massive Overlook Hotel during the winter months in which operations are closed due to the severe winter. The time there sets off a sinister energy from the hotel that the son, Danny can sense with his psychic abilities. Jack on the other hand is intentionally swallowed by this energy and driven further into madness. Stanley Kubrick set out to do something different with this film. He didn’t want to tread where other horror films had in the past and he certainly didn’t feel beholden to sticking to King’s novel all too much. The setting and characters may be similar, but the film’s focus is much less on the depth of each character and much more focused on the emotions of each scene, which is one of the reasons why King is not fond of this film. The emotions of the characters in the film are often put against an incredibly complicated and ever changing Overlook Hotel. These choices were not random. They were specifically chosen because of Kubrick’s investment in seeing characters driven to madness. He molded the departments around him to bring this vision to life and if the stories are to be believed that he was incredibly difficult to work under because of how demanding it was to pull off.

Kubrick’s talent was boundless behind the camera and he was able to take all of the elements around him to create something so incredibly detailed where every time you watch it you notice something new and fascinating. His ambition was met with his incessant perfectionist desire to do something different and the reason this film is even remembered is because of that talent and energy. It’s a rare thing to see in anyone, but the film isn’t only great because of  him. He had a team of talented crew and actors that helped to make it memorable.

When it comes to films that have a narrow focus on characters and dialogue as opposed to heavy special effects the performances that capture those characters are incredibly important and Stanley Kubrick understood this, which is why he hired some incredible talents necessary to portray these characters who are at the whims of an evil energy trying to destroy them.

The Torrence family is portrayed by Jack Nicholson, Shelly Duvall, and Danny Lloyd. Each of them give stellar performances even for how young Lloyd was at the time. He may have been a child, but he was convincing and that can be difficult for some child actors to pull off. The real star of the film though is Jack Nicholson giving one of the best performances of his career as Jack Torrence. Every scene he happens to be in he steals it as his character deals with the conflicting emotions of alcohol abuse and a spiritual energy driving him to the edge so that he wants to murder his family. Nicholson is incredible with expression and just a look can give so much inherent terror to the scene. His menacing presence is enhanced with the outbursts that makes him seem even larger and more dangerous at every moment. He steals so many moments throughout the film and this portrayal is  considered iconic. Shelley Duvall also does a great job at portraying Wendy Torrence. She’s the least in the know about the dark energy of the hotel, but becomes a victim to her husbands madness and evil presence. Duvall has to play scared out of her mind and she does that with ease. Unfortunately as good as Kubrick was in getting these performances out of people he often worked the actors very hard. Duvall in particular was often mistreated to the point of her breaking down crying in between takes. Kubrick’s mistreatment can not be ignored even when discussing the brilliant merit of his artistic vision. The remainder of the supporting cast were also quite good, but weren’t given as much to do outside of Scatman Crothers who portrays Dick Hallorann, the hotel’s cook. He is given an excellent moment of exposition when he shares a scene with Danny discussing their shared psychic abilities in which he calls the shining. His presence was just as important and every actor in this production is given something important to say and do.

While these performances are stellar the film is often outpaced by its own craft and the people that brought the  visual world of the Hotel to life. They are the real stars of this production.

This film is a visual masterpiece. In a medium that presents itself as the ultimate combination of production talent and photography the visuals in this film continue to impress and reveal how truly unique and beautiful Kubrick’s vision is. His work alongside John Alcott is one to be looked at, discussed, and admired.

The cinematography in combination with the set design is one of the best I’ve ever seen. The film is mostly interior shots and the sets are so well built that it feels like a real, empty hotel. There is no obvious signs that they are sets, but they are and that use of set design is used to tell just as much of the narrative as any moment of dialogue present. The colors are intentionally exaggerated with incredible attention to the symmetry of each scene. There is an otherworldly presence to this Hotel and that feeds into the fear, isolation, and dark energy that is supposed to be felt from this particular location. I’m still constantly impressed by the intentional wide angles chosen by Alcott to present the scenes. It makes the hotel itself feel overbearing on the characters heightening the evil of the Overlook Hotel. Those shots are so often paired with near perfect symmetry giving an uneasy, but beautiful aesthetic. I also notice that there seems to be intentional goofs in the production where things will appear and reappear in the background including a chair that disappears between shots. With someone as overly critical as Kubrick it is hard to see that as anything but an intentional choice, which one can assume was chosen to make the hotel feel constantly shifting and living.

Nearly any shot in this production can be framed by itself and even compared to the modern techniques found in today’s visual cinematic language this still feels like something else. In stark contrast to most other horror films the horror doesn’t come from the darkness, but from the light. The hotel is brightly lit with big, empty spaces and it is so engaging in that regard. It is a film that visually stands the test of time because it’s goals were to leave the audience with a sense of dread and I feel that it’s visuals immensely help reach this goal. It’s simultaneously beautiful and terrifying, which is what a great horror film should do.

The Shining is a modern classic that has gotten more and more praise as time has gone on. Stanley Kubrick’s talent as an auteur was met with his own inner demons and issues and used to create something special.. The film strikes a perfect balance between his vision with an incredible crew that worked tirelessly to make this film the best it could possibly be. This film will keep on standing the test of time and will be taught by film professors for a long time. It is a classic that I highly recommend that you go back to or see for the first time.