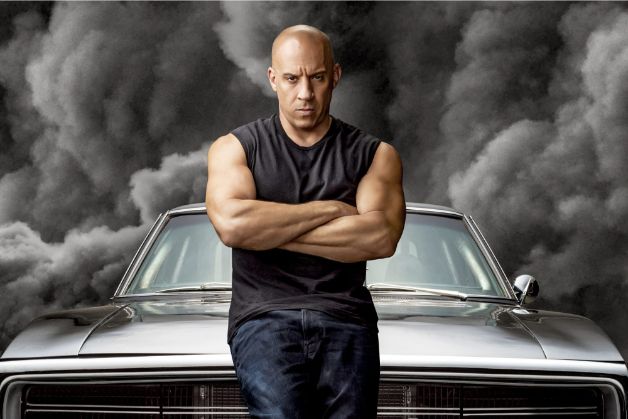 The Fast And The Furious Franchise is one of Hollywood’s largest franchises that has an incredible amount of staying power. With 8 main series movies, a spin-off film, an animated show, and a 9th film set to release this year it is one of the most interesting Hollywood blockbuster series based from an original concept. That concept has carried it for close to 20 years, which is an incredible feat. The series may have people who constantly make fun of it and that is understandable, but it is hard to deny the huge success this simple franchise has garnered and how much it has changed to stay relevant. It is an entirely new beast that deserves to be analyzed to see why it has clicked with audiences the way it has. With the release of the trailer for Fast & Furious 9 there is no better time to look back at this Fast Franchise and determine what makes it so successful.

One of the most fascinating elements of this massive franchise is that it has staying power because the films have decided to change as time has gone on and as taste has changed.

When The Fast And The Furious hit theaters in 2001 it was nothing more than a drama about illegal street racing and a cop sent to investigate the people involved in said street racing. The action in the original film is that of several scenes of street racing and a heist sequence. It is meant to be taken very seriously and follows the real world in a sense. The main characters are grounded and the film reflects real world Los Angeles. Ever since that original film each film in the series has drifted towards changing the tone. The second film falls into more action, but still has a strong focus on racing followed by Tokyo Drift, which centers around drift racing in Japan and having different lead characters. These films each failed to find it’s stable footing as to how to continue the franchise so to change the focus the 4th film brought back Paul Walker and Vin Diesel to their original roles to continue where the first film left off and push the series away from street racing into more of an action film, but the series would find it’s tone when the 5th one came around and decided that it needed to fall completely into becoming an action film and ever since Fast Five the series has been trying to one-up itself in terms of action and over the top stories that are even bigger than the last film, which has made them far more entertaining.

When Fast Five came out it had attempted and succeeded to change the series into the larger than life action genre, which was quickly seeing the rise of Superhero films from Marvel at that time and in some sense this series has taken cues from the Marvel Cinematic Universe in how they approach the world, the characters, the humor, and especially the action. Ever since then they have attempted to and succeeded in doing so, while creating original films that have some of the biggest and most ridiculous stunts and special effects in Hollywood. The films stand out and have constantly added and changed things when necessary to keep bringing audiences back, which is why it has caught on with so many people and has been so successful.

I’ve written several times about the need for Hollywood to work on inclusivity in front of and behind the camera when it comes to adding more voices to give nuance and to tell new stories from new perspectives. With this in mind this series has been at the forefront of doing so for quite a long time.

The main characters have been since the beginning mostly people of color from a broad spectrum of ethnicity and backgrounds, which has been a refreshing thing to see when enjoying large blockbuster action films. Even Justin Lin who came on for Tokyo Drift has shaped the series into what it is and his work shouldn’t be looked over, which sometimes it can be. His vision has turned these films into the big silly adventures we know and love, but they also led us into the massive cast that inhabits these films. The majority of the cast is non-white and often the villains are white, which is not the most common to see in Hollywood productions when films are still mainly white and male dominated especially when casting protagonists. It’s certainly nice to see this series have a variety of individuals from different backgrounds to create new stories.

The greatest thing about having a diverse cast is that it is so inherently relatable to people of all backgrounds and ethnicity. Diversity and representation in media is incredibly important not only for the art that is being created, but also for those that don’t often see themselves reflected in popular culture. It is incredibly special to be able to look at a franchise as exciting and badass as this is and see yourself in at least one or two of the characters. That is one of the reasons why I believe this series has garnered so much success. It’s inherently relatable to many people and can play in multiple countries easily all around the world. That’s huge for modern blockbuster cinema to capture as many foreign markets as possible if that is achievable. This series does so very well because of its dedication to inclusion and diversity and that is certainly one of the key ingredients as to why it is as popular as it is.

This series for lack of a better term is incredibly ridiculous in every sense of the word. I mentioned that it has started off by being a serious street racing drama, but evolved into an over the top action series. If you have seen these films then you know that these movies embrace the silliness of it all and it has become so indistinguishable from the original entry point to the franchise, which is not a bad thing at all.

The series is very self-aware. It knows exactly what it is and it works hard to accomplish everything it sets out to be, which is why people love it. These films are big, dumb, loud, and still have some of the most exciting and most silly action sequences of any major studio production as of late. This understanding of the need to further escalate the outlandish elements is why people still flock to theaters to see these movies. They all try to take it a step further and they are all good at giving fans what they want in the series. That commitment to knowing what is expected is perfect for a series like this. It’s why I find myself coming to every entry in the series including the spin-off Hobbs and Shaw. I know what to expect and it is rarely disappointing at this stage because the trust is built into the very nature of this franchise and that trust keeps it alive and successful.

The success of the series is beyond what was expected of it and this success is what helps keep Universal alive against the much bigger competition of Disney. The cast, the action, the comedy, and the fun of it all has kept this series afloat when other similar franchises fell by the wayside years ago and that is in part thanks to the people behind the scenes constantly working intelligently to create silly entertainment. It’s easy to see this series as nothing special, but a diverse cast of entertaining actors starring in an original action series during a time of superheroes is no small feat in Hollywood. I hope the series continues and I hope it continues to get sillier because it reminds us of the fun that film can be when we aren’t looking for the height of this artistic medium.