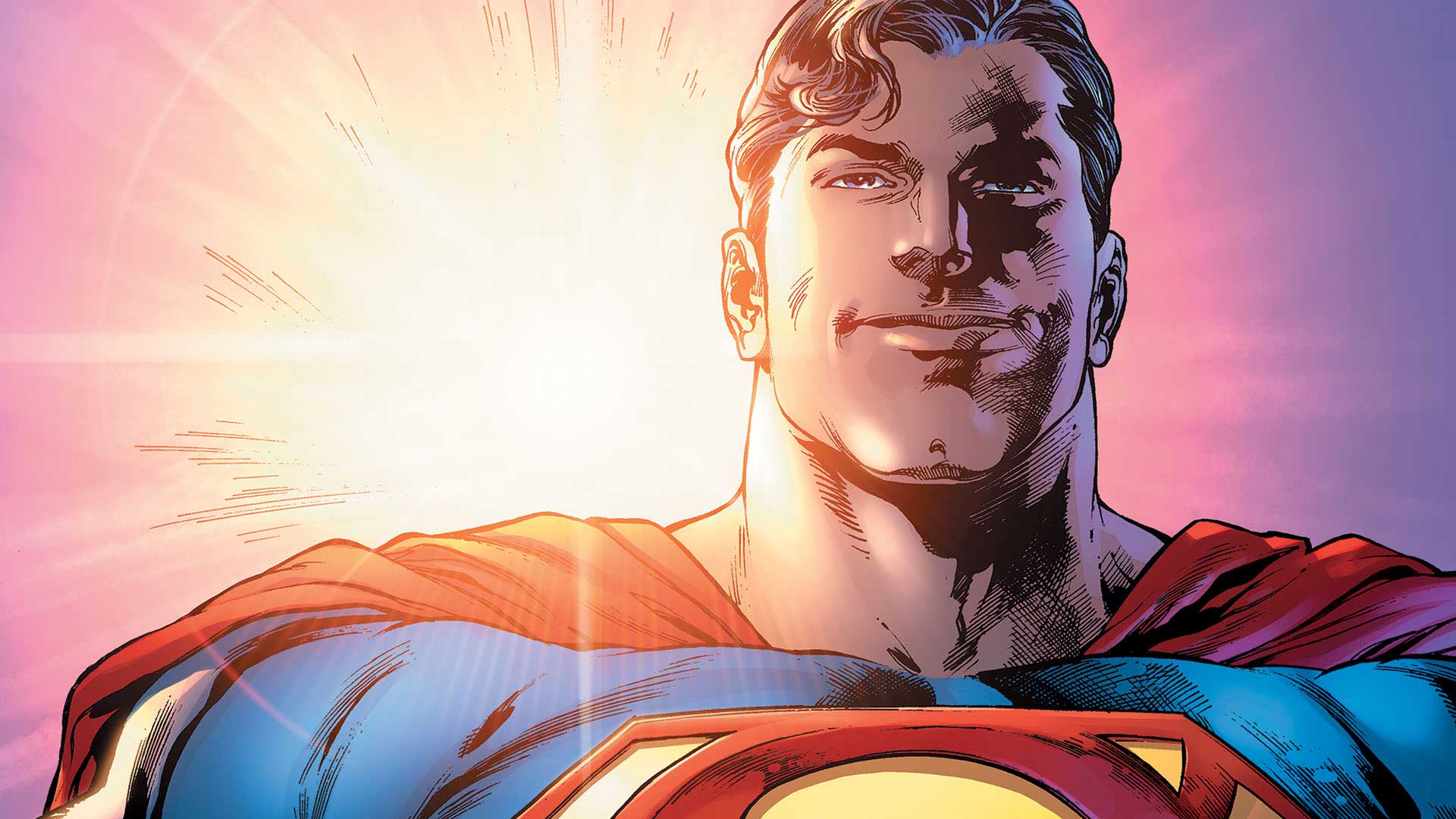 Back in July of 2018, DC comics handed complete creative control of Superman over to Brian Michael Bendis. To no one’s surprise, this move was met with immense criticism from fans who believed Bendis was a terrible candidate to take the job after Dan Jurgens was already doing good with Action Comics and Peter Tomasi was already doing good with the Superman title. Most of this common consensus among the fans was fueled by the reality that Bendis had never written a comic for a DC character before. But an equally sized portion of the consensus also stems from the fact that his stories have been poorly received by fans and critics alike over the last decade or so as well.  But despite the large pushback from fans, DC still handed control of Action Comics and the Superman title over to Bendis and ever since then it’s been nothing short of a disaster.

In order to grasp the magnitude of destruction that’s been caused by Bendis’ creative ineptitude, you have to go all the way back to the beginning of his tenure when he first took over the Superman universe. At a time when fans were coming off of great Superman stories from DC rebirth like: ‘Superman Reborn’, ‘Son of Superman’, ‘Trial of the Super Sons’, ‘The Oz Effect’, it seemed like Superman was finally in a good place. But then Bendis arrived and he made sure he wasted no time coming in like a wrecking ball and turning everything to a pile of rubble with poor narrative decisions, bad characterizations, and non-sensical logic that was beyond confusing even by comic book standards. To me, it was apparent early on that Bendis had done zero research into the character of Superman and the current circumstances surrounding him before taking over creative control. When added together with a lack of imagination and lazy story telling that discombobulates all the good stories that preceded Bendis, it’s clear to me that Bendis is unquestionably the worst thing that’s happened to Superman since the DCYOU took his powers then gave him a buzz cut and a motorcycle. And I say that with all due respect and fairness.

To be honest, it would take entirely too much time to elucidate all the ways Bendis has destroyed the integrity of Superman, but I’m going to try. Starting with bad narrative decisions, Bendis creating a lackluster generic villain named Rogal Zar and making him retroactively responsible for the destruction of Krypton was the first sign that the future of Superman comics would be bleak in my eyes. He even took it upon himself to go further and retcon Jor-El’s role in the event by making the once virtuous scientist who wanted to save Krypton into a mad scientist psycho who created the creature who possibly destroyed krypton. There was no purpose for this, no real justification for it, but Bendis did it anyway and showed zero remorse as he sought out other ways to further demolish the established mythos of Superman going forward. He even added insult to injury by having Superman take a five issue beatdown from Rogal Zar only to be saved by Supergirl who threw the generic villain into the phantom zone.

Bendis was just getting warmed up and didn’t stop there as he also made the creative decision to take Lois & Superman’s son Jon and age him into a teenager for absolutely no reason other than to make a story where he could join the Legion Of Superheroes. In my opinion, this narrative decision not only ruined the beloved dynamic of Lois and Clark’s life as parents who are trying to raise a super powered son, it also ruined the dynamic he shared with Damien Wayne and caused the Super Sons comics to get cancelled. After that, he made what I believe to be the biggest narrative blunder by once again creating a story where Superman has his identity revealed to the world. This of course is not an original concept and even if it was, it still would make zero sense because it puts everyone around him in danger, it compromises him as a reporter, and it takes away his ability to live among normal people as he has for his entire life.

Besides that, how many poorly received stories where heroes reveal their identity do there need to be until people understand it’s a ridiculous idea. It didn’t work with Spider-man revealing Peter Parker, it didn’t work with Superman the first time DC tried to do it, and it wouldn’t work with any other superhero who has a secret identity to protect the people around them except for maybe Iron Man. Do you remember what happened to Batman when Bane discovered his identity? He went to his house and BROKE HIS BACK. To me, it shouldn’t be that hard to learn from the mistakes of others, so you avoid the same issues in the future. But hey, what do I know right?

In addition to that, all these narrative decisions together also led to all the characters involved being portrayed in such an egregious way that they were almost unrecognizable to the audience. For example, Lois is characterized as a terrible wife and mother who only cares about career who willingly lets Jon go into outer space with Jor-El without knowing anything about him or his true intentions so she could write a book about it. Jon is characterized as a bratty, insolent, and petulant child who doesn’t respect the authority of his father even though it was already well established that Jon was a respectful, considerate, and obedient child who tried to always honor his fathers wishes.

Having said all of that though, out of all the characters involved I feel like Bendis has surprisingly done a decent job writing Superman’s character. If it wasn’t for the fact that Superman is presented as a benevolent boy scout who everyone respects. But he also for some reason has anger issues that require him to take trips into outer space so he can punch asteroids to relieve stress, which is just weird for Superman. If it weren’t for this and some other things like Bendis’ propensity to show Superman emasculated in battle, or some of the bad judgement calls he made like letting Jon go into space with Jor-El, I’d be willing to say he actually captured Superman’s character perfectly.

If I’m being completely honest, my list of criticisms for Bendis’ current run on Superman could fill an entire encyclopedia from cover to cover because trust me when I say, these criticisms are only the tip of the ice berg. I didn’t even mention how Bendis for some reason likes to depict Clark as a cuck who is constantly being disgraced every time the public sees Lois being romantic with Superman. So, in the interest of time I will end with my biggest criticism of Bendis so far which is his story telling. In my opinion, not only is his style of storytelling inconsistent with the established mythos and full of non-sensical character depictions,  it’s also full of instances where he introduces an idea, doesn’t explain anything about it for half a dozen issues straight, and then acts like he resolved it in the last issue without actually writing a resolution that advances plot. This is most obvious in the way he handled Rogal Zar, Jor-El, and the destruction of Krypton.

Having said all that, I feel like I have ranted enough about Bendis’ run on Superman so at this point I can only hope that I’ve proved my case and leave the rest up to you to decide. Superman is literally one of my all-time favorite characters in all of fiction even though he has had his ups and downs throughout comic book history. But after DC Rebirth launched, I thought we had finally reached a place where Superman was being handled perfectly for once. Then comes Bendis, who tore the whole thing down and destroyed it in magnificent fashion. Even though Bendis has never written a story outside of Ultimate Spider-Man that I enjoyed, I tried to give him a chance with the hope he could produce some great Superman stories, but nope, he’s still terrible. To me, it’s clear he doesn’t understand Superman as a character, he doesn’t understand the dynamics of his family, and as a writer those are crucial things I feel like you must understand in order to handle this character with proper respect. Hopefully with Dan Didio out as co-publisher at DC comics the Bendis reign of terror on Superman will finally come to an end. Only time will tell though.

What do you think? Has Bendis done a good job managing Superman, or do you agree its time for him to go so someone can retcon his stories and put things back to the way they’re supposed to be?