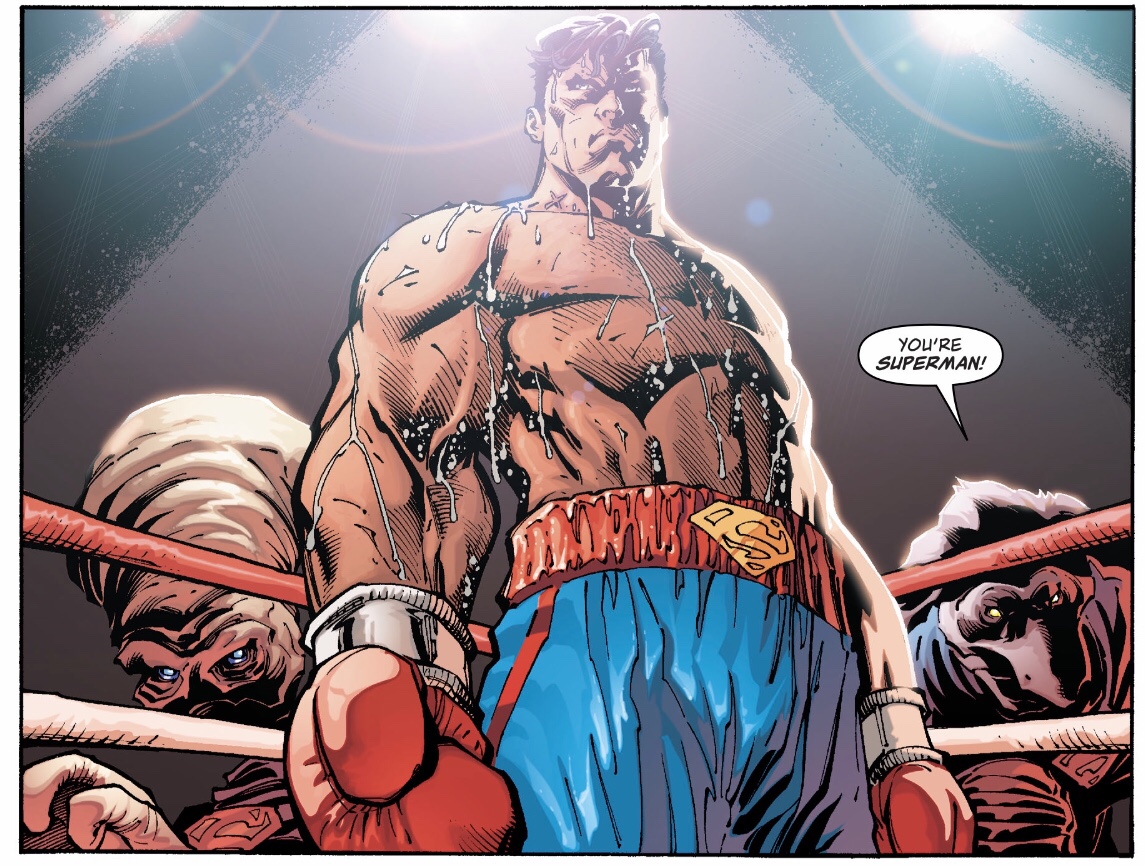 When DC Rebirth happened back in 2016, fans of the Man of Steel finally had a Superman book they could really be proud of again. New 52 and DC You initiatives were dark times for Superman as the books represented a character that seemed almost foreign. Less compassionate, and kind of a dick, New 52 Superman was supposed to be an edgier take on the character that just didn’t connect to the audience. So after a convoluted mess of a Convergence story line, we finally saw the return pre-New 52 Superman, and when New 52 Superman died, the Superman we knew and loved came back, except with so much more than we could have ever hoped for. DC’s Rebirth relaunch saw the emergence of a Super family where Superman and Lois have a son, and so the struggles of parenting a young boy coming into his superpowers became a new kind of struggle for the Man of Steel and his Intrepid Wife and Partner. With Peter J Tomasi focusing on this new dynamic in the main Superman title, and iconic Superman veteran writer Dan Jurgens writing the more action-based epics for Action comics, it was a Golden Age of Superman which lasted for 2 years. And then… we got… (insert sigh of disappointment here)… Bendis.

“Bendis is coming” was all over any promotions that DC had, and everyone talked about how he was going to save Superman, to which actual fans gave looks of confusion as Superman was in the best hands he’d been in for years. So Bendis came and destroyed everything that Tomasi and Jurgens built. It seemed that just as soon as the Rebirth of Superman came, so too did his destruction at the hands of one of the most overrated writers of the last decade. However, this article isn’t a Bendis hit piece, this article is to inform fans of Superman of a light that was hidden in this darkness, and it came from the most unlikely of places: Tom King (the former writer of Batman’s main book).

Now while Bendis was destroying everything Tomasi and Jurgens had built on Superman, Tom King wrote a Superman story with Andy Kubert doing the art called Superman: Up in the Sky. The premise was simple, a girl gets kidnapped from her foster home by men from space, and Superman has to travel across the universe, overcoming obstacle after obstacle to bring her home. And that’s all it had to be, a simple and pure Superman story about how even the life of a single girl was worth the risk for the Man of Steel, but Tom King delivered something so much more.

Superman Up in the Sky is a testament to what Superman is. He’s a man that defies all logic and expectation, he’s a man that embodies the all powerful contradiction of hope when all seems lost:

Superman: Up in the Sky issue 5 (King, Kubert)

Every issue of this miniseries embodies what is Superman. Through time and space, we see Superman demonstrate those contradictions and get people to believe in the hope he stands for. The second issue where Superman is in a boxing match where he is only allowed to use his strength against an opponent that is pushing him to his limit, but Superman refuses to yield: “I find that girl? I take her home? Then I suppose I’m not done.” Or in the third issue when he slips back in time to World War 2 and fights alongside Sgt Rock and his howling commandos helping them push “just a little farther” as they come up against a Nazi fortified church. This book is a love letter to Superman and it’s packed with moments for every Superman fan to enjoy. So don’t waste your money on a Bendis book, instead, go get the digital issues of Up in the Sky or get it when it comes out in trade!