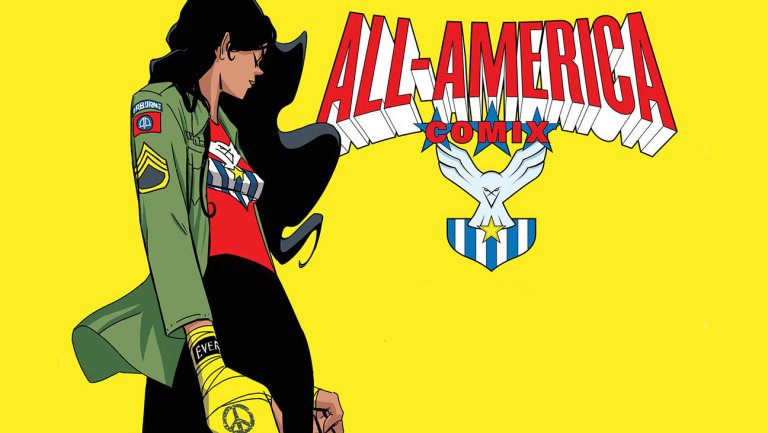 It’s been an interesting road for the Marvel character: America Chavez. Introduced initially in the miniseries Vengeance, and making an even bigger splash in the beloved Young Avengers relaunch during MARVEL NOW! the begginings of America Chavez were very promising. She was a fun character that also brought a deal of representation for both the Latin community and LGBTQ+ community in a way that fans enjoyed. However, after years of creator Joe Casey trying to get her a solo series at Marvel and being ignored, Casey decided to rebrand the character and take the newly dubbed America Vasquez to Image. However, shortly after the announcement of this decision by Image, Marvel announced a solo series for America Chavez with a new writer, Gabby Rivera, at the helm. It was very clearly a warning shot and a slap in the face to Image and Joe Casey. The end result was a book that would go on to under perform, divide the community and eventually be cancelled. So with America Chavez being a ruined property and America Vasquez seemingly put on indefinite hold since 2018, there was little hope left for the property… until today.

On social media just a few hours ago, Image comics released this image to promote an upcoming book with the hashtag: #hertimehascome, and promoting that the series will debut its number 1 in 2020. Now the dialogue presented here is a bit cringey, however, it’s still super exciting to see that Joe Casey is getting his shot to do this book the way he had wanted to, and that this character may finally live up to the potential it had when she was debuted. Whenever that first issue drops in 2020, I’ll be in line to pick it up and you can be sure to hear my thoughts on the book once I get my hands on it!