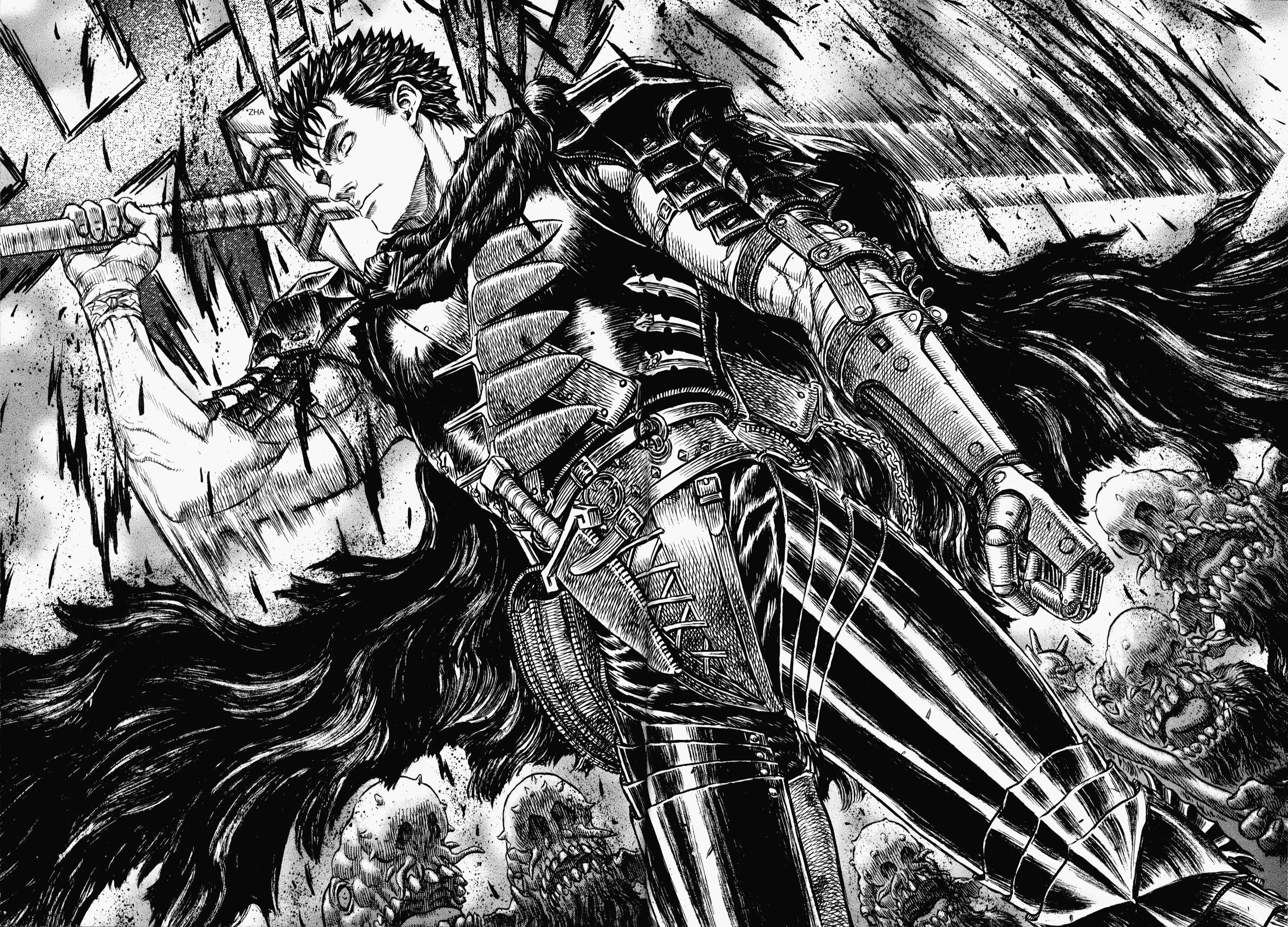 When talking about the most influential manga stories of all time, no list can be made without Kentaro Miura’s seminal work: Berserk. The gothic fantasy story began its run in the manga back in ’89 and since then has served as inspiration to many projects alike in video games, manga, and anime. While there is little criticism that can be made of the story telling itself, the one crippling thing about this series is its release schedule. To call Kentaro Miura’s schedule for Berserk sporadic would be a gross understatement as the book has suffered setback after setback that is ultimately due to Miura’s health (both mental and physical). However, between the current stream of events in the manga, and the sudden uptick in merchandise for the series (most notably leather bound, deluxe collector editions of the series), the classic struggle of the Black Swordsman Guts may in fact be coming to its conclusion.

For those of you reading this piece without a single idea of what I’m talking about, and have never heard of Berserk, I’ll do my best to explain:

It was too big to be a sword. Massive, thick, heavy, and far too rough. Indeed it was a heap of raw iron.

This is the description of the great sword Dragonslayer, a sword so massive that it could only be swung by one man: The Black Swordsman Guts. Tragedy had followed Guts since birth: first an orphan, then a child soldier, and finally an outcast, but finally he had found something in a family in a mercenary band called The Band of the Hawk. However, that entire family and even the woman he loved were sacrificed by the person he least expected, the man that sparked his dream, his best friend and The Hawk’s Commander, Griffith. With the Hawk’s sacrificed for Griffiths acension to a demon lord, Guts is left alone bearing the mark of sacrificed that marked his comrades, making him a target for all manner of dark creatures when the sun goes down. For any normal man, they’d succumb, but Guts is a survivor, and so he cuts his path with his giant sword, eliminating Griffith’s demonic apostles till he can once again face his old friend, and kill him for revenge. These are the bare bones of what make Berserk without delving too far into its intricate narrative of trauma, and violence.

As it’s been around for so long, Berserk has understandably built a really large and really loyal fan base. The amount of YouTube channels that dedicate their whole existence to breaking down the philosophy of Berserk, characters breakdowns, and predicting what will happen next are in the thousands. So when you factor all that in, the devotion these fans have, it begs to question why merchandising is being pushed so hard now? Currently in the manga events are being set in motion that could seemingly be a set up for the final stage of conflict. There are many of these YouTubers that believe that this isn’t the case, but when I look at all the signs, I cannot help but disagree.

Just in the past year or so, Sideshow collectibles, Iron Studios, and Hot Toys have announced several brand new Berserk statues and collectibles. Dark Horse, the domestic publisher of Berserk, has been releasing beautiful, leather bound Deluxe editions of Berserk. Each of these volumes are around 500 pages of story, and in addition to their release, Dark Horse has announced Dragon Slayer book ends for this very collection of books. Promotion like this speaks volumes, something is big is happen in the world of Berserk, and the only thing that makes sense for this heavy of a merchandise push after 30 plus years, is the end.

When you piece together all of these elements: the current place in the narrative, the sudden push for merchandise and collection of books, or even the fact that in the last issue of Berserk, Miura teased a new manga he’s starting, they all indicate that the struggle against causality, the story of Guts, may in fact be coming to an end. I personally predict that soon, within the next year we will get a constant stream of content that Miura and his team will push out, and during this return we will see Berserk either conclude, or set up the stage for the epic final encounter between Guts and Griffith. That being said, this means that now is the perfect time for a newcomer to get started. So check out Kentaro Miura’s Berserk, or you can even check out the Golden Age movies on Netflix to get introduced, and who knows, maybe with the end around the corner we may finally get an anime adaptation that doesn’t rip our hearts out as fans and does the source material true justice.