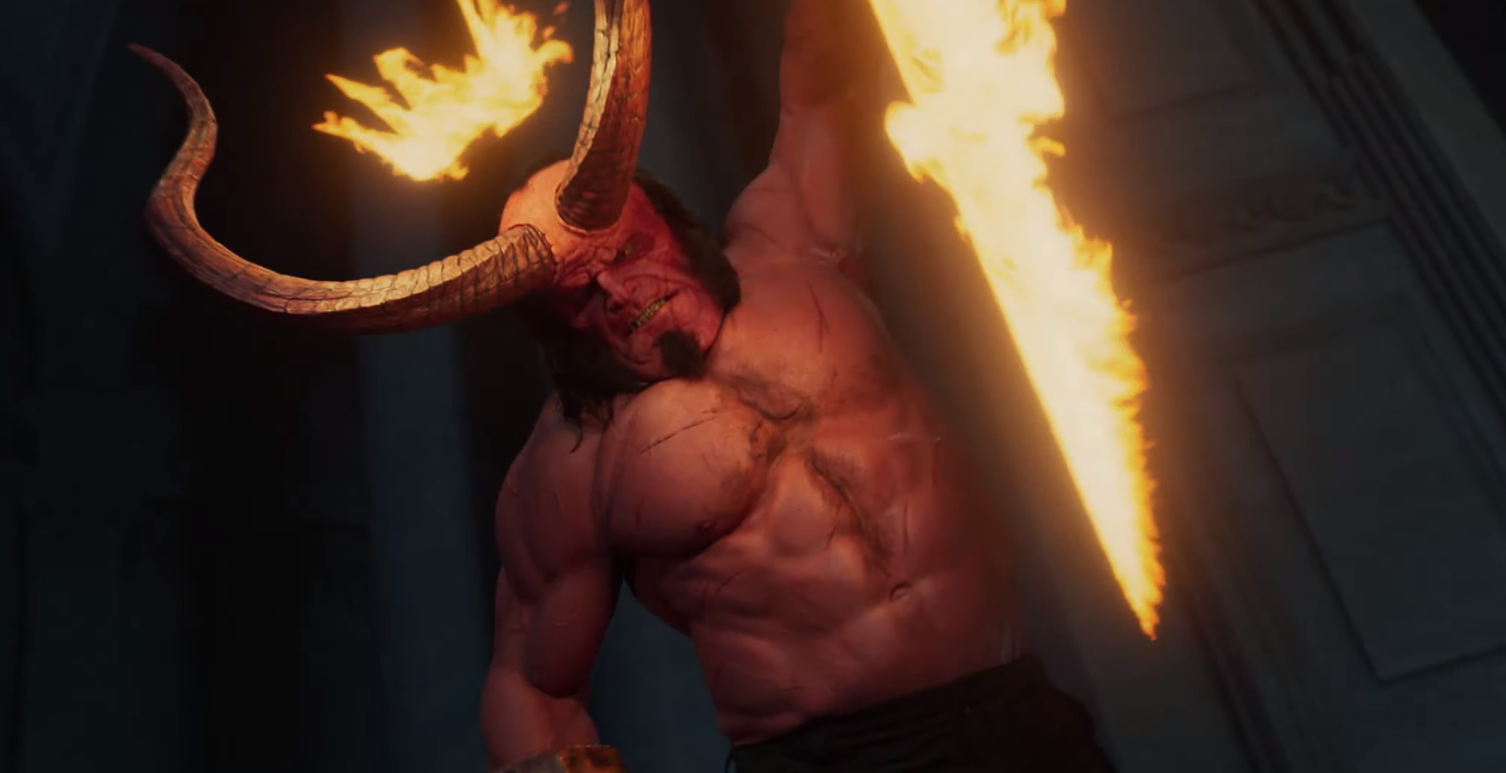 Over the last decade or so, it’s been hard to ignore a certain trend in Hollywood that has begun to negatively affect the public’s perception of big budget entertainment as a consumer. In a world where social media has made it so anyone can voice their opinion at any time, blaming fans for the box office failures of movies is a particular trend that’s become more pervasive over time and has finally reached the point where I feel the topic needs addressed. After recent comments made about Hellboy’s failed reboot attempt in 2019 by David Harbor, who’s most known for his role on the Netflix original series ‘Stranger Things‘, it’s now very obvious to me that the toxic trend of Hollywood celebrities and executives blaming their failures on fans is getting out of control.

The 44 year old actor who will soon be seen in Marvel’s upcoming movie Black Widow was recently discussing the movie on Instagram Live where Harbour insisted that the film never stood a chance because fans of the character and Del Toro’s films were against the reboot from the outset. Yes, its true that despite David Harbour’s serviceable performance as the titular beast and a new perspective on the comic book story, the reboot was met with unanimous dislike by critics (17% rating on Rotten Tomatoes) and audiences alike. So while I do agree that there was a very strong level of resistance to the movie from fans ever since it’s announcement, at the end of the day, simply producing a good movie would have changed all of that and made the project a successful one. But since Hollywood very rarely listens to the consumers who buy their products, they decided to make the movie they wanted to make, and they paid the price for it. It’s that simple. Check out David Harbour’s exact quote below:

“I think it failed before we began shooting because I think that people didn’t want us to make the movie,” Harbour said. “Guillermo del Toro and Ron Perlman created this iconic thing that we thought could be reinvented and then (fans) certainly – the loudness of the Internet was like, ‘We do not want you to touch this.’ And then we made a movie that I think is fun and I think had its problems but was a fun movie and then people were just very, very against it and that’s people’s right but I learned my lesson in a lot of different ways.”

As many of us know already, reboots are often a dicey proposition, with 2019’s Hellboy being the best most recent example of this. Most reboots are generally met with an uphill battle to climb because the fans of the originals almost always hate to see a franchise remade for modern times. Reboots are often looked at as boring cash grabs made by movie studios who have become devoid of originality and the courage to take risks. If studios would stop being so risk averse and comprehend that these movies may have had very little appeal to begin with, the box office might tell a different story. At this point both Ray Charles and Stevie Wonder could see that Hollywood has been relying too heavily on existing intellectual properties from TV, film, comic books, and literature—and viewers are just plain getting sick of it.

Objectively speaking, there are clearly several factors to blame for a movie’s failure, such creative conflicts behind the scenes and bad marketing, but fans are most certainly not the ones to blame. Fans want what they want and if Hollywood is an entertainment business that wants to make money off of fans, it stands to reason that the business of Hollywood would want to listen to their consumers when making products. But they don’t. Instead they reuse, remake, and reboot or they take a great idea and ruin it with overbearing themes of identity politics that come off as nothing more than disingenuous pandering to the audience.

Other examples of this trend playing out over the years can be seen as recently as 2020 when Warner Brother’s Birds Of Prey movie flopped at the box office and fans were blamed for being against a movie with all female protagonists. Never mind the fact that the movie took everything about what made fans love the Birds Of Prey in the first place and disregarded it by ignoring all of the most vital elements of what made the team special to begin with. This trend also played out when both reboots for both Charlie’s Angels and Ghostbusters failed to produce box office gold as well. Again fans were blamed for being misogynistic man babies who just couldn’t accept the idea of movies themed around female empowerment that also emasculated every male in the film at the same time. Fans also got blamed for the poor performance of Solo: A Star Wars story and even were called ‘toxic’ because audiences coming off The Last Jedi were beginning to get fed up with Disney’s general treatment of the Star Wars brand. The list doesn’t stop there either as movies like Terminator: Dark Fate and others can be added to this ever growing list of movies that constantly blames its fans for not doing well instead of looking in the mirror and facing the true blame.

But as someone who considers themselves to be a pragmatic minded individual, this is a trend I do not see slowing down anytime soon. As the egos of celebrities and executives get bigger and bigger and their sense of entitlement grows more and more, this trend is probably going to get worse before it gets better. The only way the course of this trend can be altered is if we as fans continue to speak out against Hollywood’s political agendas and use our money to support the big budget entertainment that respects its fans as consumers who make it possible for these things to become profitable.

With that being said, how do you feel about Hollywood celebrities and executives blaming fans for box office flops? Do you think studios should do better listening to fans or do you think fans need to quite being cry babies? Let us know how you feel in the comments below and check out this cool Hellboy Omnibus here!