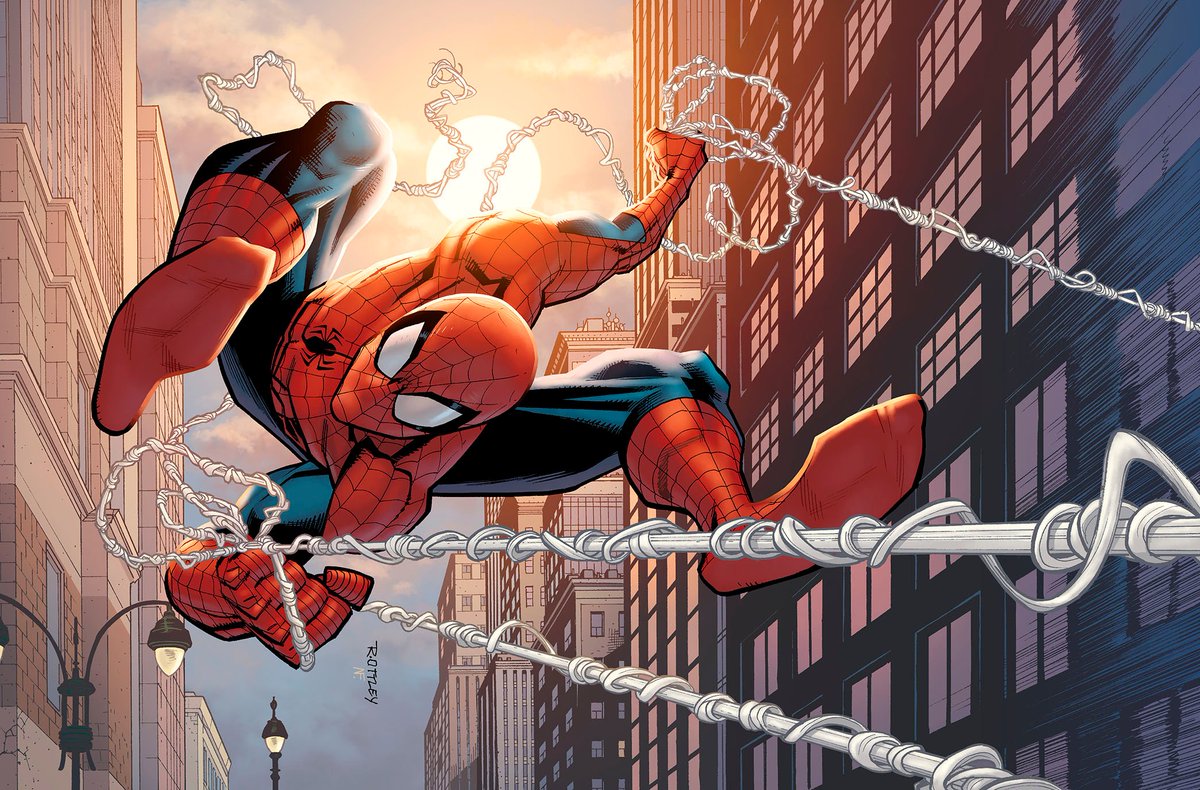 When I was growing up, I breathed, ate and drank one superhero, Spider-Man. Spider-Man was the first comic I read, he was the first superhero I ever learned how to draw, I owned every Sam Raimi movie, and I’ve seen every Spider-Man film in theaters at least once. While he may no longer be my number one, he has always had a special place in my heart. Then, 2 years ago, the biggest event in my life happened. My son was born.

Being a dad has its ups and downs, as any parent well knows, but by far a great deal of my favorite highlights have come from a certain friendly neighborhood wallcrawler and my son’s immediate attachment to him. With his MCU debut coming in Civil War, it comes as no surprise that we have entered into a new golden age of Spidey. However, our story begins with a movie called Spider-Man: Into the Spider-verse. In my opinion, it should go without saying that the film is a masterpiece, but the importance of the story is that this film is one of my son’s favorites, and it’s the movie that ultimately made him a Spider-Man fan.

For a while, Into the Spider-verse was one of the only things my son would watch, that and Sponge bob. However, as he’s grown and come accustomed to Spider-Man, his interest in the character has grown exponentially. He wants to watch Spider-Man wherever he can find it. However, the best part of all of this is watching the love fill his face as he experiences each new adventure of this amazing and spectacular character for the first time. For instance last night, he and I were watching The Amazing Spider-Man with Andrew Garfield. He had picked the film to rent because he saw the poster, and he freaked out, pointing at the screen and saying “Pide Man!” And well, I just couldn’t say no.

Initially, he couldn’t really get into the film. Peter wasn’t Spider-Man yet, and this is a concept that as a 2-year-old, he doesn’t quite understand. However, the first time Peter is in the costume, building up to the reveal in a first-person web-slinging sequence onto a skyscraper that reflects the image back at him, the result was priceless. Seeing Spider-Man in the movie for the first time made his eyes light up with glee and he patted my shoulder in excitement, pointing to the screen. Looking into my son’s eyes, seeing that love for a character, the same love I had when I was a kid, it took me back. I fell in love with Spider-man for the first time all over again because of the bond he has created between my son and I.

My son is well on his way to competing with Flash Thompson for Spider-Man’s #1 fan. He’s watched Into the Spider-Verse more times than anyone can count, he’s watched the entirety of Spectacular Spider-Man, he’s watched the first season of Ultimate Spider-Man, and has already gotten his first Spider-Man comic book. So, Thanks Spidey, for not only being one of the things that made my childhood full of wonder but providing a new bond between me as a father and my son.

With that being said, what about you? What was the first thing that made you into a fan of Spider-Man? Let us know your answer in the comments below and make sure to get you a copy of Spider-Man: Into The Spider-Verse here!

Blaming Fans For Box Office Failures, A Trend That Won’t Die
Zack Snyder Sets a Whole New Precedent For “Have You No Shame” During ‘BvS’ Live Stream