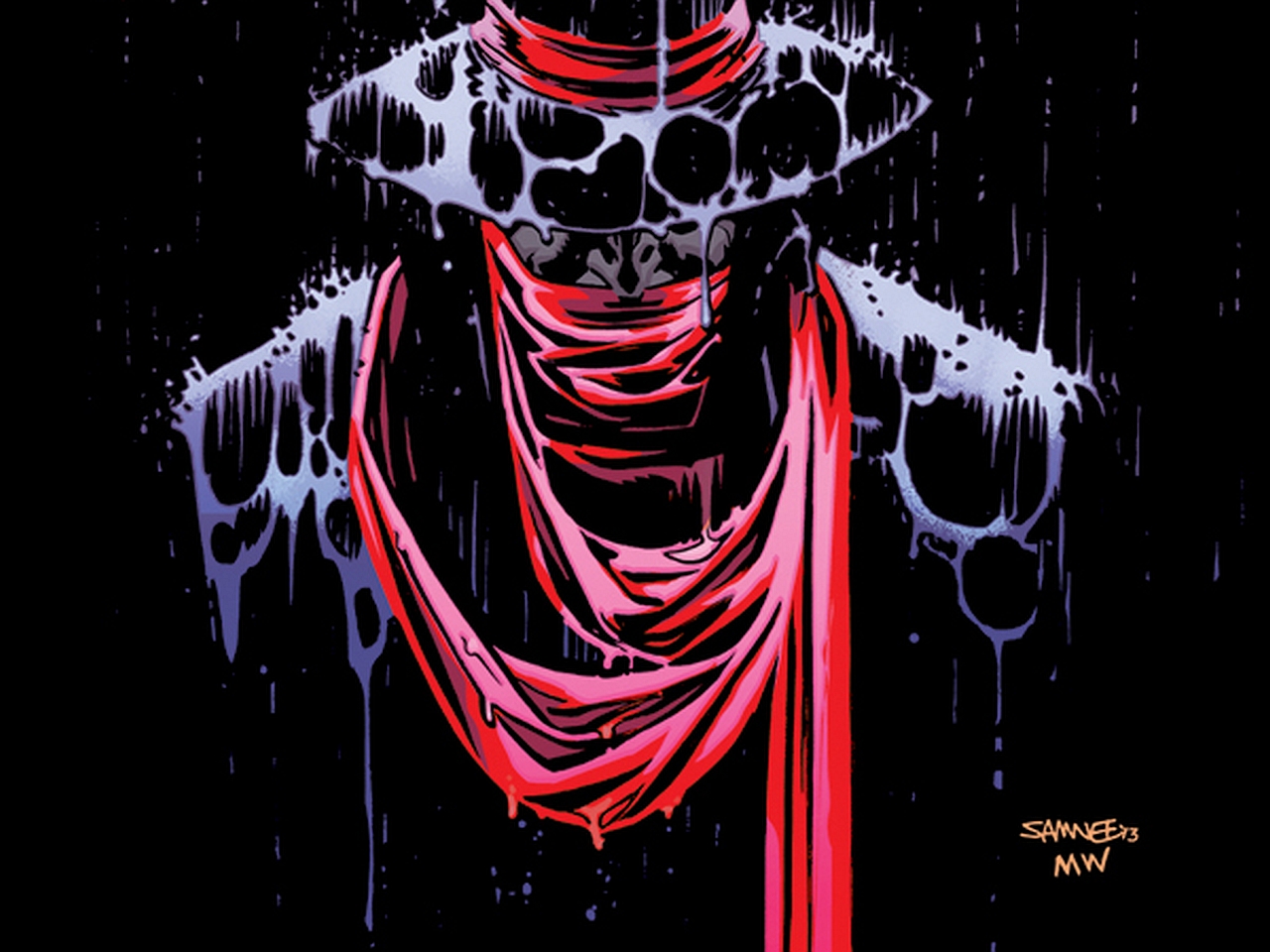 History is a funny thing. When you look at today, the Geek, Nerd, whatever you want to call us community huddle around our laptops, desktops, and tv’s waiting for any news of upcoming superhero movies and shows. We watch the latest episode of the CW or DC Universe programs, or even check out the latest Superhero flick and it’s crazy to see that honestly not much has changed. That a long time ago, in the 1930s families and kids would come home from school and work to turn on their radios for the latest editions of their favorite serials of pulp heroes. But among those pulp icons, there was one who towered above the rest, one who knew what evil lurks within the hearts of men, The Shadow!

Armed with twin .45’s, the mystic art of clouding men’s minds, and a penchant for deduction and violence, The Shadow launched a war on crime to strike fear into the criminal to show them that “Crime does not pay.” The Shadow served as the basis and inspiration for many of the Dark Avenger style heroes in the hero genre (Batman namely), and his popularity in the Indie community has lasted allowing for his continued adventures in comics to this very day. You would think that such an iconic character would warrant a limelight on the silver screen, and the problem is that technically it’s already had been done.

After the release and succcess of Tim Burton’s Batman in 1989, there was a rush to get hero films out. This little hero film renaissance spawned things like The Phantom with Billy Zane, The Rocketeer with Timothy Dalton, and The Shadow with Alec Baldwin. The Shadow, which was released in ’94 was a film with a lot of potential that sadly just missed the mark. The film’s script was a bit shallow, and it didn’t help that when trying to film the big climax of the film, an earthquake destroyed the film set of the final fight, so production was rushed along for one of the most important parts of the film. However, despite it’s poor reception, the big things that The Shadow brought to the table has allowed it to age very well. These things are outstanding design, brilliant use of effects, and stellar perfromances by Alec Baldwin and John Lone respectively, as The Shadow and Shiwan Khan. The word iconic is not one I throw around often, but the bridge scene that happens in the film’s first 5 minutes is just that and set a gold standard for hero introductions, that in my opinion has yet to be met.

The 1994 film may have ultimately missed the mark, but the potential set by the setting, atmosphere, and mystic nature of the character’s abilities makes another shot at taking this character to the big screen all too appealing. Sam Raimi, after parting ways with Sony and Spider-Man had tried to get a movie on The Shadow off the ground for years, but ultimately the contract ran out because Raimi couldn’t get the script right. However, within the past 10 to 15 years, The Shadow has had a massive renaissance with the Independent Comic publisher, Dynamite Entertainment. Series like The Shadow: Year One and The Death of Margo Lane by Matt Wagner, or Garth Ennis’ comic run on the character that started with The Fires of Creation are rich with material to pull from. The character has even shown incredible crossover potential as books like Wagner’s The Shadow vs Batman or Scott Snyder’s Batman/The Shadow: Murder Geniuses are some of the best crossover stories I have read in years.

In a time where there is a lot of fatigue of DC and Marvel, and where special effects have been evolved to such a point, it seems criminal that we noone is trying to make this happen. It’s crazy to think a character that served as the comicbook archetype for the night prowling avenger is going untouched. Now there is an argument to be made that a character so far removed from the public eye would be too much of a risk. However, some of the best films of this genre in the past 20 years were with characters that people barely heard of, or had absolutely no clue about. Iron Man was almost a C list character before the MCU and before the movie, The Guardians of the Galaxy were absolutely invisible to the public. Now these properties are some of the highest grossing in the industry. There is a risk in making a film about an unknown character, but the reward is even greater, and what’s even better is that by making that leap, you get to make the character your own. So while people are sitting here crossing their fingers for Black Adam to be good, I am going to cross my fingers that someone makes a worth while pitch to his owners for a film or series. Till next time: Crime does not pay! The Shadow Knows… Ha Ha Ha Ha.

What ‘Steven Universe’ Has Taught Us
‘His Start’ Punctuates S4 of ‘My Hero Academia’ With an Explosion!