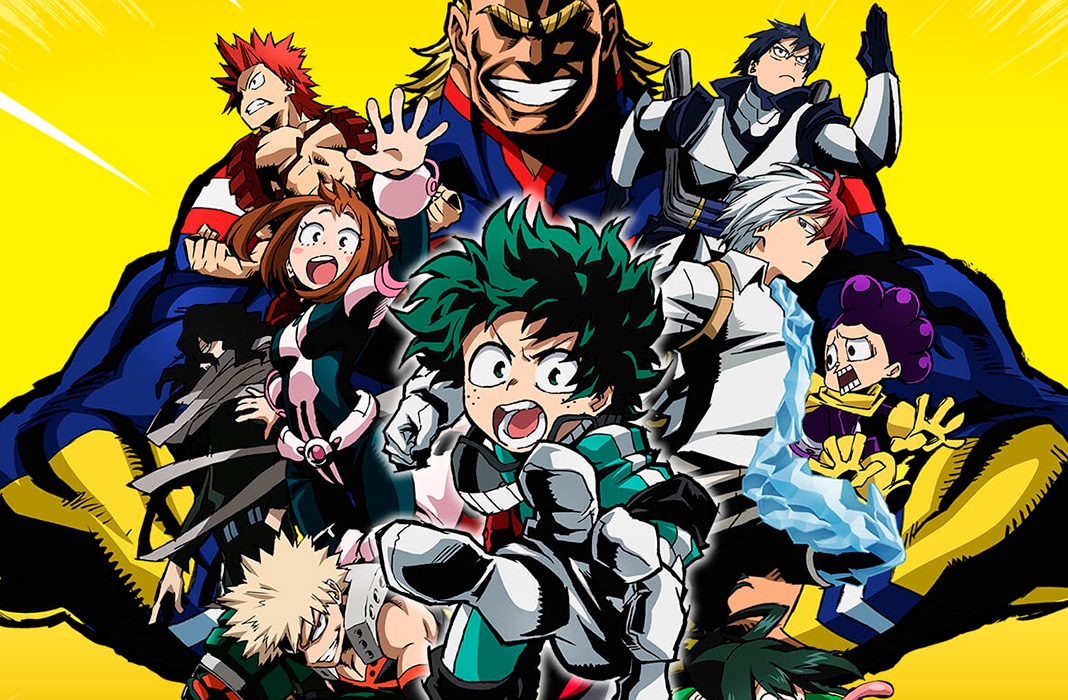 If any anime has really taken center stage over the last few years, it’s the superhero anime Boku No Hero Academia or as its known in the states My Hero Academia. Last year’s 3rd season was a thrill ride that finished up with the final stand of All Might, the world’s symbol of peace and number one hero, during his climactic fight against his nemesis: All For One. However, season 4 has been criticized for its slower pace in comparison to its predecessors. While the midseason showdown between Midorya and Overhaul turned some heads due to the raw display of power generated by the protagonist, the follow up to this fight was a school festival. While wholesome, this arc had again brought the show’s pacing to a crawl rather than the sprint we are used to. That being said, they made sure to punctuate the 4th season with the bang that audience had been craving in its finale “His Start,” where we see the rise of our new Number 1 hero.

Since his introduction in season 2, the flame hero Endeavor has been a very divisive character in the show. Being the father of Shoto Todoroki of Class 1A, we got to hear tell of the horrific domestic abuse that the hero had put both him and his mother through. This abuse ultimately resulted in Shoto’s mother pouring boiling water on his face during a trauma induced psychotic break. As one can expect, this first impression struck the wrong chords with fans, and even though he was the worlds #2 hero, Endeavor was seen as an instant heel character in the show. However, when All Might was forced to retire after using up the last of his power to fight his ultimate foe, All For One, we started to see a different side of the character Endeavor and in this fourth season we get a chance to see him grow.

The first big step we saw was in an episode of season 4 where Endeavor has come to watch the progress of Shoto’s remedial training to get his provisional hero’s license. However, All-Might is also there and you can feel the tension. All of Endeavor’s goals in life were driven by the need to surpass All-Might as the number one hero, and this need was the very thing that drove the abuse that Shoto was subjected to growing up. In the past Endeavor has shown only disdain for the former Number 1 hero, but in this moment we finally start to see the humanity in his character because even though Endeavor is now the number one hero, 1. It’s not on his terms, and 2. It’s not really taking. Instead of instigating a provocation with his hero rival, he instead asks for advice and asks All-Might what exactly is the symbol of Peace.

Since the retirement of All-Might, crime has started to go up, and Endeavor can sense the very fabric of what All-Might held up as this beacon unravelling and falling apart. Endeavor is trying to understand this concept that All-Might embodied so that he can make it his now. All-Might gives him advice on the matter, and the episode ends with Endeavor making a vow to his son to be a hero worthy of being proud of. It’s not the full on apology that Shoto deserves, but it’s the beginning of Endeavor redeeming himself for the monster he had been, and coming forward as the hero he should have been to his family, which brings us to the finale.

The genius of the name of this episode cannot be understated: “His Start.” This name has many meanings, the most obvious of which is that this episode marks the beginning of Endeavor truly earning his spot as the new number 1. However, as important as that is, this is also the start for Endeavor to be the father and husband that he should have been to his family. Endeavor’s wife, and Shoto’s mother, has been interned in a mental ward since the incident where she disfigured her son. In this episode she is visited by two of Shoto’s other siblings, and we get a very interesting reveal. It has been assumed that Endeavor just abandoned her there to rot essentially, but the mother proves that wrong. That while he has never visited her in person, he came to the hospital every day to bring her her favorite flowers. Her doctors felt seeing him might trigger an episode so he kept his distance but made sure she knew that he was there and that he cared. The mother then says that she believes Endeavors new attitude as number 1 is his way of facing the past and his history of abuse, and taking it head on, and there was no better way of showcasing this then the fight that transpires.

A new “high end” Nomu (a monstrous creature created by the villain All For One) is discovered, attacks Endeavor, and the two have a showdown. This fight pushes Endeavor to his limits and beyond, and there comes a point where the Nomu gains the upper hand. Endeavor appears to be incapacitated, and all hope appears to be lost as there is no hero strong enough to stop this horror. However, Endeavor propels himself forward into battle again, using his flames like jet engines to move as the rest of his body is in critical failure from overheating. Endeavor is given an additional boost by the new number 2 hero Hawks, and Endeavor eventually bests the Nomu with an Plus Ultra Prominence Burn!

The episode wraps up with a familiar image. The crowd is quiet with anticipation to see the outcome of the fight, who came out on top. Then the shot cuts to a fist raised in the air, and just like All-Might stood victorious as the number 1 hero for the last time in season 3, Endeavor stands victorious now as the new Number 1 hero at the end of s4. The parallels in the imagery gave me chills. I don’t know if this is quite as good as the United States of Smash from season 3, but it certainly stole the show for season 4 as the best fight of the season!

Pulp Goes Pop: The Potential for ‘The Shadow’ in Film
It’s Not Nostalgia: Why ‘Smallville’ Is Still The Best Super Hero Show.