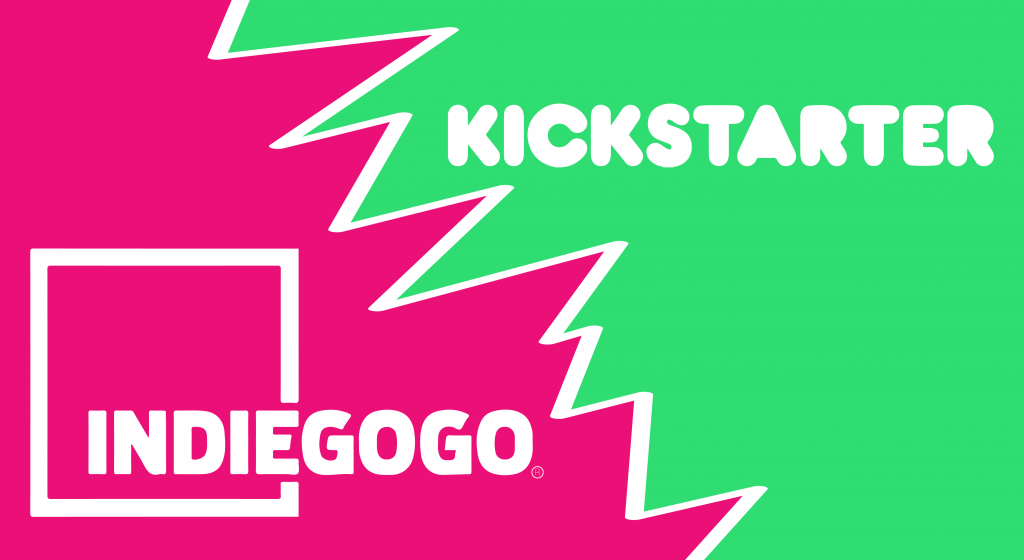 Back in the late 1990’s, the comic industry suffered a massive crash that seemed like it would be the end for the mainline. However bad that may have seemed, what is going on in the industry right now amid the pandemic may in fact spell the death of the Industry. While Comic Pro’s are not going quietly into the night and fighting the good fight as well as they can, the decision by Diamond to stop the shipment of any and all new books indefinately has served as a fatal blow that unless this pandemic lifts in the next week, will likely not be something the Industry can recover from. With that in mind, there has been one question circulating the minds of fans every where: what’s the future of comics going to look like? And from where I am standing, all the evidence points to the model of crowd funding books.

For years, Diamond distrubtion has held a massive monopoly over the printing and distribution of books for all the major companies. In all honesty this pandemic was an awakening that the industry had needed for a long time, as this is a direct result of what happens when everyone is putting their honey in the same pot. Things are bound to get messy, and now that Diamond has halted distribution, every one is feeling the hurt as there is no way to supply comic book stores with the new bookss without breaching contract with Diamond. Todd McFarlane, CEO and co founder of Image Comics, and creator of Spawn had this to say about the issue with Diamond:

“We have one distributor for print comics, and they decided for safety reasons to cease operations. Because we’re all tied to one person, that one decision affects the whole industry. It was probably was the right decision, but it’s not healthy in the long run for one person to hold the fate of the entire industry. We should be doing a reassessment when we all come out on the other side and ask some hard questions about how to buffer ourselves from this happening again.”

Now, McFarlane does have ideas as to how he would personally save the industry, but understands that this is not something that anyone wants. However, the big take away from this very interview to take away is his thoughts on crowdfunding. The very reason this interview happened was because of the launch of McFarlane’s Kickstarter for the remastered spawn action figure from the 90’s. When asked about why he chose the crowdfunding model, Mcfarlane replied with some very interesting comments:

“Having been in business for over 30 years, I’ve done all the other channels. I’ve done dotcoms, small stores, collector boutiques, and obviously big retailers. What I’ve never done is crowdfunding. It’s an experiment. We’ve been talking about it for a while and now seemed like a good time to try it. Once we have it going, we’ll have some data to know what’s working and what isn’t.”

Within the first 2 days of the launch of McFarlane’s kickstarter, the campaign grossed over $1,000,000 USD and is currently on track to make $1.5 million at the end of his first week. I would say that as far as experiments go, this one is a glowing success. While McFarlane may have been speaking mainly about his action figure line, I have no doubt that these discussions have been had at Image as well. It’s kind of a hard thing to ignore when the best selling crowdfunding campaigns are putting the bestselling mainline books to shame in sales. Creators like Ethan Van Scyver, Richard C Myer, and Kyle Ritter each have campaigns for their own books and the lowest selling ones (as it pertains to big names in the industry) are still breaking the $100,000 barrier. While a lot of this can certainly be attributed to the controversy surrounding them as figures in the industry, there is no arguing with the success their campaigns have had. Now with people like Dan Fraga and Sean Gordon Murphy (Murphy has even go so far as to put his next installment in the White Knight saga of Batman books on hold to focus on his project) announcing their own crowd funding campaigns, it’s only a matter of time before other creators follow suit.

The only question to remain is how will this affect the future of the industry? Honestly, I feel that this will result in 2 major shifts: the first is that comic stores will obviously stop selling new books for the most part and will instead have to shift their platform to selling collections, back issues, and statues (which is honestly where most of the money in the industry is). With Diamond becoming persona non grata, stores may be able get certified as grading locations for people to come and pay to have their books graded and verify signatures as an additional source of revenue.

The second major shift I see is a severe decrease in books that come out. This pandemic should serve as a hard reset for the industry. Back when Stan Lee was the editor in chief of MARVEL Comics, there were 96 titles between the big two, in the past year, Marvel has been running close to that many just by themselves. As a result, the company was flooding the shelves with poorly made, poorly edited, and poorly written and drawn books. There are of course exceptions to this, but exceptions are just that. What this radical shift to crowdfunding will cause is forcing Marvel, DC, and any company really to only push books and creators that earn their keep. There is no way to pad numbers when the market is direct with the consumers. As a result, the quality of books will increase, and without diamond distribution there to serve as a middles man, the profits will go straight to the companies which will give them more money to reward creative teams with higher pay for their books.

The Comic book industry is not dead. It is evolving. Like any living organism, it is starting to see the lay of the land, and it’s clear what must be done to survive: cut out the middle man. Ultimately this means cutting ties with Diamond for starters, and you can already see this happening as smaller independent brands have started to print their own books to sell to stores. However, I feel that the more that companies look into this, the only option that will help the industry recover is to bring the direct market directly to our homes, and people will only be okay with this if the product is worth the money they are spending.

“Back To Formula”: How Early 2000’s Comic Book Movies Shaped A New Age
‘A Goofy Movie’ Is a Modern Disney Cult Classic