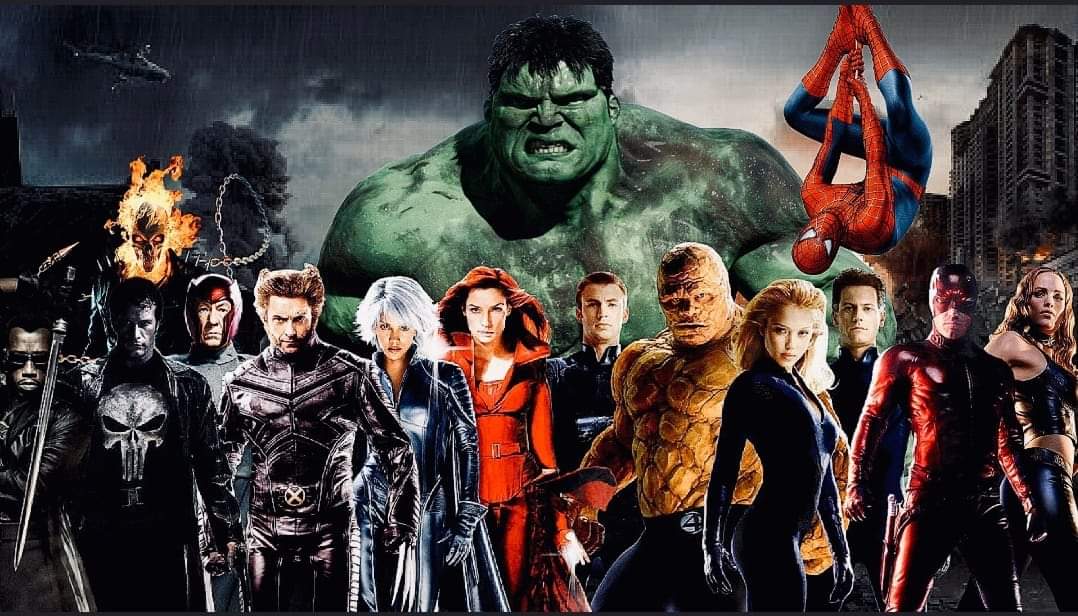 The current comic book movie craze has been a blast overall with their shared universes like the Marvel Cinematic Universe and DC Extended Universe and such but it wasn’t all that long ago when comic book movies were a bit different. Let’s take a look back at some of the comic book films from the early 2000’s and see how they paved the way for what we have today. Note that this article will be mainly focused on the Marvel films during this time as DC was pretty quiet during all of this for the most part. Exceptions being movies like Batman Begins, Green Lantern, Catwoman, Watchmen, etc. Also, please note that all of these films do have some issues and none of them are perfect, but it’s important to see the impact they had on pop culture weather they were good or bad.

Of course we will not be discussing the Tim Burton Batman films or Christopher Reeves’ Superman films as those were from a different age. I would like to strictly discuss the comic book movies from 2000-2008.

While comic book films have been around for a long time, it wasn’t really until Blade was released in 1998 where people started paying attention. Of course in 2000 when Bryan Singer’s X-Men was released, some would say that was the one that really changed the game.

Bryan Singer brought to life the mutant characters from the comic books onto the big screen in a big way. The film had a stellar cast, the set pieces and locations really brought into the world of the X-Men, the action scenes were a lot of fun, and while they did change some things from the comic books (as all comic book movies do) they still found a way to make a fun, entertaining movie for the fans who grew up reading those stories and for those who have never read a comic book a day in their life.

Personally I think the first X-Men film is still a lot of fun and every time I re-watch it, it brings me back to being a younger lad being amazed at seeing these mutants come to life on the big screen. The X-Men franchise spawned sequels, prequels, and spin offs including Deadpool and Logan
It wasn’t long after the release of X-Men that other studios wanted to cash in on the comic book movie genre and buzz was going around about a Spider-Man film being directed by Sam Raimi and hearing about this as a kid, I was stoked to see this. Full disclosure: Spider-Man is my favorite superhero of all time. I was so curious how they were gonna pull it off.

Sam Raimi’s first Spider-Man film which was released in 2002 was everything I hoped it would be and more. As a kid seeing this in theaters, it blew my mind. The web-swinging looked amazing to me, I love the cast, I love the way they told his origin story, I thought Willem Dafoe as Norman Osborn/Green Goblin was wonderful casting and of course, there is no casting more perfect in my opinion than J.K. Simmons as J. Jonah Jameson. Even watching it today, it’s still up there as one of my favorite comic book movies. The Raimi Spider-Man trilogy is talked about today with a lot of considering the sequel, Spider-Man 2 as one of the greatest achievements of the comic book movie genre.

Not long after that, lawyer of Hell’s Kitchen, Matt Murdock A.K.A. Daredevil got his very own movie as well. While X-Men was slightly on the darker tone, it still had some lighthearted moments in it, and Spider-Man’s tone was more campy in typical Raimi style, Daredevil was a darker and grittier tone more along the lines of Blade. This movie got a bad wrap at the time of it’s release and even today, people look back on it and don’t find much to like about it. But I personally enjoyed it then and still enjoy it now. This was during a time where I was seeing all of my favorite fictional characters come to life on the big screen and I was just happy they had their moments in the spotlight. I still think the action scenes, the casting, and the soundtrack were all well done and I still like to revisit this one. Daredevil did get a spin off movie about Jennifer Garner’s character, Elektra which was also not that well received.

Around that time, Ang Lee directed Hulk which told the story of Dr. Bruce Banner who suffers an accident that turns into him into a green raging monster whenever he becomes angry. This movie is not talked about too often in this day and age. Could be because it was too much of a slow burn? Could it be that fans feel like it didn’t do the Hulk justice? It’s hard to say. I have not revisited this movie in quite some time but personally for me, I was excited to see the Hulk on screen and as a fan, I wasn’t too happy with the final product.

Comic book movies were going at a pretty steady pace at this point and most people seemed to enjoy them, so why stop there? In 2005 it was time for a movie based on Marvel’s first family Fantastic Four.

Fantastic Four introduced the casual movie fans to Mr. Fantastic, Invisible Woman, Human Torch, The Thing, and one of Marvel’s most formidable foes, Doctor Doom. The tone of the early 2000’s Fantastic Four movies are similar with Sam Raimi’s Spider-Man trilogy where it wasn’t taken too seriously due to the different personalities of the family clashing together but at the same time remaining as a fun, comic book movie. I think the casting is great, Jessica Alba, Ioan Gruffudd, Michael Chiklis, and a pre-Captain America Chris Evans with Julian McMahon as the big bad, Victor Von Doom. I still find the first one to be a fun watch every once in a while and it does bring back some memories for me. The sequel, Fantastic Four: Rise of the Silver Surfer which was released in 2007, not so much.

Now it was time to branch out a little bit and introduce casual movie goers to characters like Frank Castle A.K.A. The Punisher and Johnny Blaze A.K.A. Ghost Rider. Their movies went to back to the darker, gritter tone similar to films like Blade and Daredevil as these characters were initally aimed for more mature audiences.

These films featured more language and the violence was taken up a notch. These films aren’t without their share of flaws, but I always enjoyed them for what they were.

Then in 2008, a little film came along about this character called Iron Man. And while it may be hard to believe now, at the time, Iron Man was not that popular of a character. Let’s be honest, a lot of people had little hope that an Iron Man movie could actually work. Turns out, Jon Favreau and everyone involved at Marvel Studios pulled it off. Perfect casting in Robert Downey Jr, the action scenes were an absolute blast, and it felt like a comic book movie in the real world and it was as grounded in reality as possible. I believed that a genius like that, could build a suit in a cave with a box of scraps and use it for his escape. It not only launched the current (and still going strong) Marvel Cinematic Universe but it was used also to inspire a whole new dawn of the comic book movie genre. And the rest, as they say, is history.