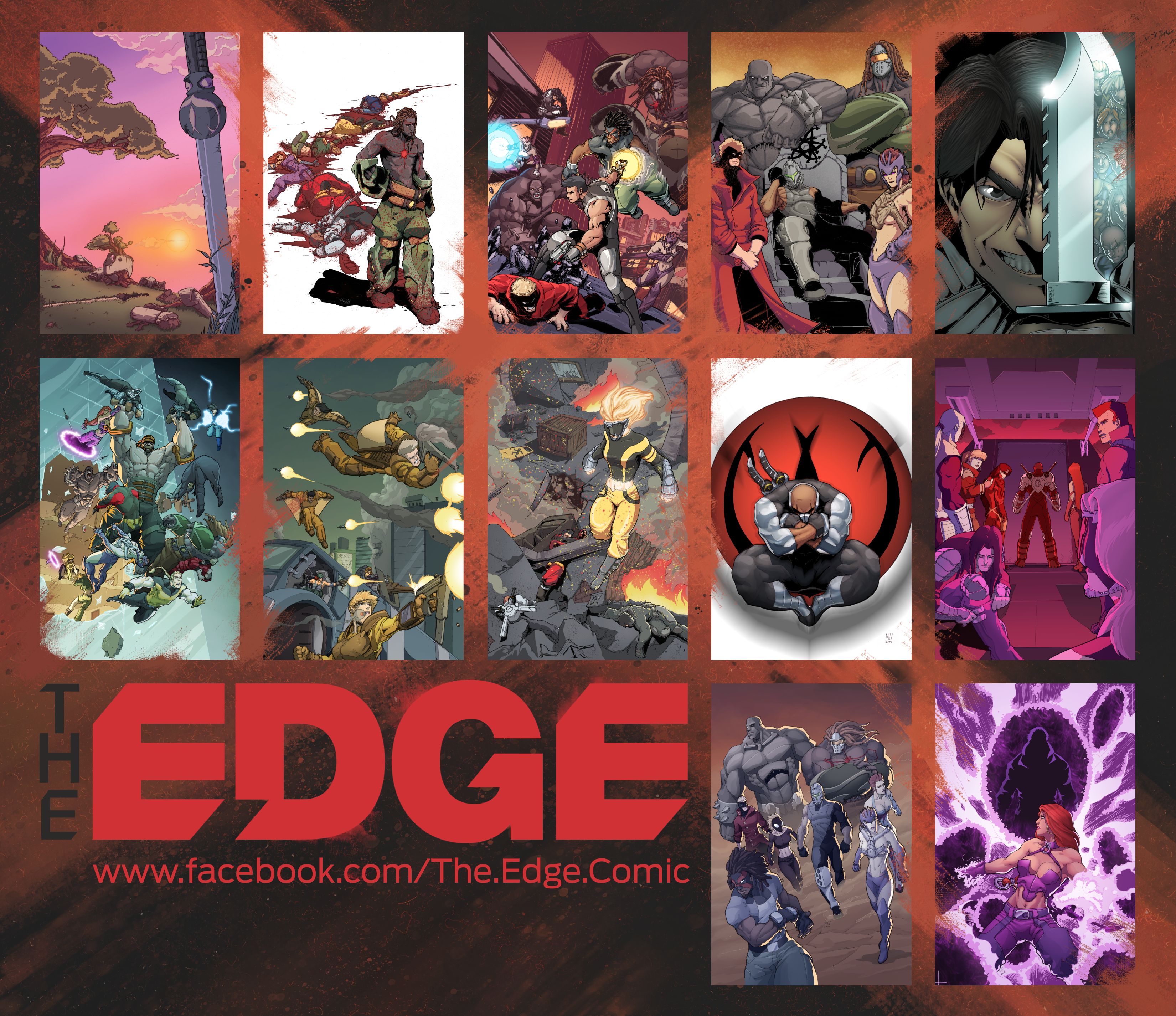 2020 has been a year of chaos, the spread of this global pandemic has everyone on edge, and oddly doing a lot of consumption of pandemic themed media. Post apocalyptic shows, and shows about medical viruses have been trending since quarantine started, and now I have a comic book to fuel that fire of interest, so let’s talk about an indie book that has 9 issues available for purchase called: The Edge.

So what is The Edge exactly? Due to the sensitive nature of The Edge and its top secret classification not much is known about its origins. It is also unknown if any of the information is based on fact or fiction. It is to this day unclassified by the FDA. Without this classification it is difficult to categorize what The Edge is. It could be a steroid or an enhancement. Since the first “known” case of an Edge carrier, they have been known as the Enhanced. This name has stuck until this very day. So what does The Edge enhance? From the research that has been done over the years, The Edge appears too activate or perhaps re-activate a repressed genome. This genome enhances semi natural abilities that may or may not have been present in humans RNA. For now it is unknown why the genome is only activated in a small number of people. These abilities are not limited in their range, class, or destructive nature. Some abilities are only present through outward sources. Including but not limited to weapons and or vehicles.

The series follows a government task force known only as The Strike Team as they hunt down the villainous Revenant who is trying to unleash The Edge on the populace. Their goal is contain and secure The Edge, and take down the Revenant. However, all may not be what it seems as there are a lot of gaps in the information given to the Strike Team by the government. The Edge is certainly a title that has peaked my curiosity, and while I wait to receive my copies in the mail, I figured I might try my hand in reaching out to the creators, Marvin Wynn (Writer/Creator) and Mark VuycanKiat (Pencils/Art Director) , and luckily they had nothing better to do with their time during quarantine than answer some of my questions.

At the beginning of our discussion, since I have yet to read this book, I always find it super interesting to ask about the creative directions of the book. So I asked Marvin to describe The Edge in just one word and he replied with “Chaos.” This was a very intriguing start and so I posed another question to both writer and artist and asked them what their influences for this book were from a narrative and stylistic view:

Wynn: The book is directly influenced by 90’s X-men and Wildstorm (Wildcats, Stormwatch etc.) For other creators Claremont, Lee, and Booth.

VuycanKiat: A whole lot of Frank Frazetta first and foremost, then Masamune Shirow with a small mix of Jim Lee, Joe Madureira and Yoji Shinkawa

After hearing about the tonal direction the series took, I was very eager to see if the writer and artist could pinpoint any particular favorites they may have had. If there were any particular favorite characters they had, or any specific issue that they felt would stand out among the others. When it came down to their favorite character both artist and writer were of one mind:

Wynn: Revenant is my favorite character to write currently. His lack of moral compass, and empathy makes him so unpredictable.

VuycanKiat: It would have to be Revenant. It will always be Revenant. I’ve always liked bad guys or anti-heroes that have been “pushed into being bad” by outside forces. The intrigue of what broke their will, decency or sanity is what fuels my fire.

This bodes exceptionally well as I have always felt that having a truly standout villain is what makes or breaks a series. There are plenty of stories where the hero characters can come off as bland, or a carbon copy of another, but so long as their villain is interesting and the dynamic that villain has with the hero is good, the series can be fantastic! When it came to the favorite issue, it was no surprise to see that the writer and artist had a slight difference in opinion:

VuycanKiat: The story involving the seven symbols. Ive loved ancient warriors for as long as I can remember and those symbols are a tie-in to them.

From what I understand, the arc Mark is talking about with the seven symbols, is one that has not yet concluded. Now as you can tell from the interview, The Edge is not a new book. When looking at both their online store, and on their Facebook there are 9 issues already in print and there is a 10th on the way. With that in mind I thought it would be fun to see how much Wynn’s original concept has evolved since its inception:

Wynn: We original released in 2012, we bounced around through a few publishers. Then decided to go on our own again. Yes original Revenant was not going to make it past issue 4, he became a popular character so I decided to keep him around. A lot of the events have changed after issue 4, or were moved around.

At this point in our discussion, I figured it was time to wrap things up with the only question that anyone could possibly have left before reading the series, does The Edge have a foreseeable end or will it be a long running series:

Wynn  I have an ending plan, yet I have so much fun writing the book, that it has been pushed further out than it was before.

I had been recommended this series by David Brink, the writer of Perfect 10 which I recently just reviewed, and loved! Honestly, I have to say that after talking to both Marvin and Mark, I couldn’t be more excited to get my hands on this book. When I get a chance to read the books, I will post up a review, but if this series peaks your interest be sure to check out their Facebook and Website and get a hold of the book for yourself!

A Rough Start That is Constantly Improving: ‘Hybrid: The Sons of Gods’ 1-4 Review
“Back To Formula”: How Early 2000’s Comic Book Movies Shaped A New Age