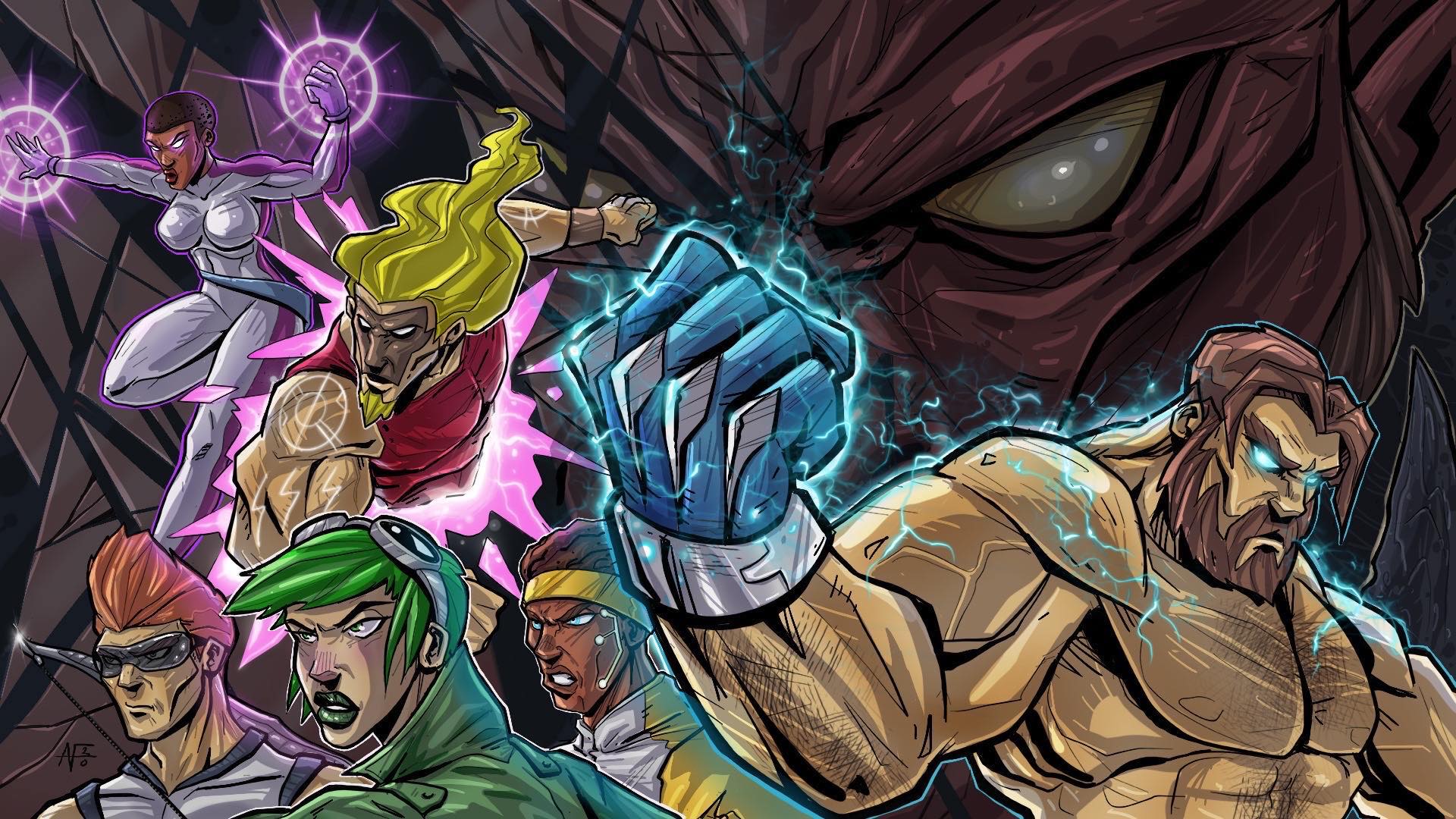 There’s an old expression, it’s not how you start it’s how you finish, and honestly this is what comes to mind when I finished reading the fourth issue of Luke Stone’s comic Hybrid: The Sons of Gods. I was initially drawn to this series because I am a huge fan of religious mythology and angelic mythology, so when I saw a book that combined classical Greek myth with Angelic lore from the bible, I couldn’t resist. While Hybrid definitely rose to the challenge of impressing me, it had a bit of a rough start. Now as we head into the release of the 5th and final issue of the “Trash Day” story line, I can’t wait to see how Stone wraps things up.

“The Nephilim were on the Earth in those days (and also afterward) when the sons of God went to the daughters of men and had children by them. They were the heroes of old, men of Renown” (Genesis 6:4)

Average people begin to develop the powers of the Greek Gods when ancient Nephilim DNA that has been lying dormant for centuries unexpectedly begins to resurface. Just as quickly as these god-like powers emerge, the ones possessing them begin to vanish without a trace. Itis up to a group of tenacious heroes to discover who is taking them and why. Their quest for answers leads them to thwart some attempted abductions. Join our story as we jump into the action of these newly realized HYBRIDS.

It’s a fantastic concept with a lot of potential, so when I was reading the first book I was a little disheartened as it had a very clunky flow and the pacing was all off. I even reached out to the creator Luke Stone, who I happen to be working with on another project, and asked what had happened, and he admitted that the first issue is a bit messy because he wasn’t sure if the series was going to get the traction he wanted. It’s doesn’t excuse the first issue’s problems, but it definitely makes sense, however it was good enough to certainly draw the attention, and Stone more than makes up with it in the issues that follow.

Things start to pick up in the second issue as they start to address the things I had problems with in the first issue and we start to get an idea of what’s going on with the story, however things get brought to a whole other level in the third issue. The third issue wastes no time and sets up a raid on a facility holding potential information about what’s going on with the emergence of all these powers, and it’s just really fun to read. The paneling is dynamic, the character banter is really fun and out of the first four issues, I think the third is my favorite as it does such a good job setting up the reveals in the fourth issue as well as smoothing out any rough edges left from the first two issues.

Issue 4 is where we really start getting the payoff from a narrative standpoint as both the characters in the book and the audience become informed and aware of the circumstances surrounding the recent surge of human power ups. The final pages of the issue do a fantastic job of setting up the conflict that will be coming in issue 5, as well as subtly revealing the real big bad of the series. At this point, I am heavily anticipating issue 5 to ship out in the next few weeks or so.

As I am doing this review, Luke’s Kickstarter Campaign  for the 5th issue of Hybrids: The Sons of Gods is on it’s stretch to home plate with only 4 days left. Despite the problems that were present in that first issue, I highly recommend this series, and if you haven’t already read the series and are not up to date, Luke does offer several tiers that provide you with all 4 previous issues as well and all of them are at a fantastic value for what you’re getting! Hybrids: Sons of Gods may have had issues at it’s starting point, but honestly the pilot issue of a book is often the most difficult to write, you either stick the landing or you don’t. What matters is that Luke Stone and his creative team drove forward and delivered a great series, and I am very excited to see how this first arc of “Trash Day” ends.