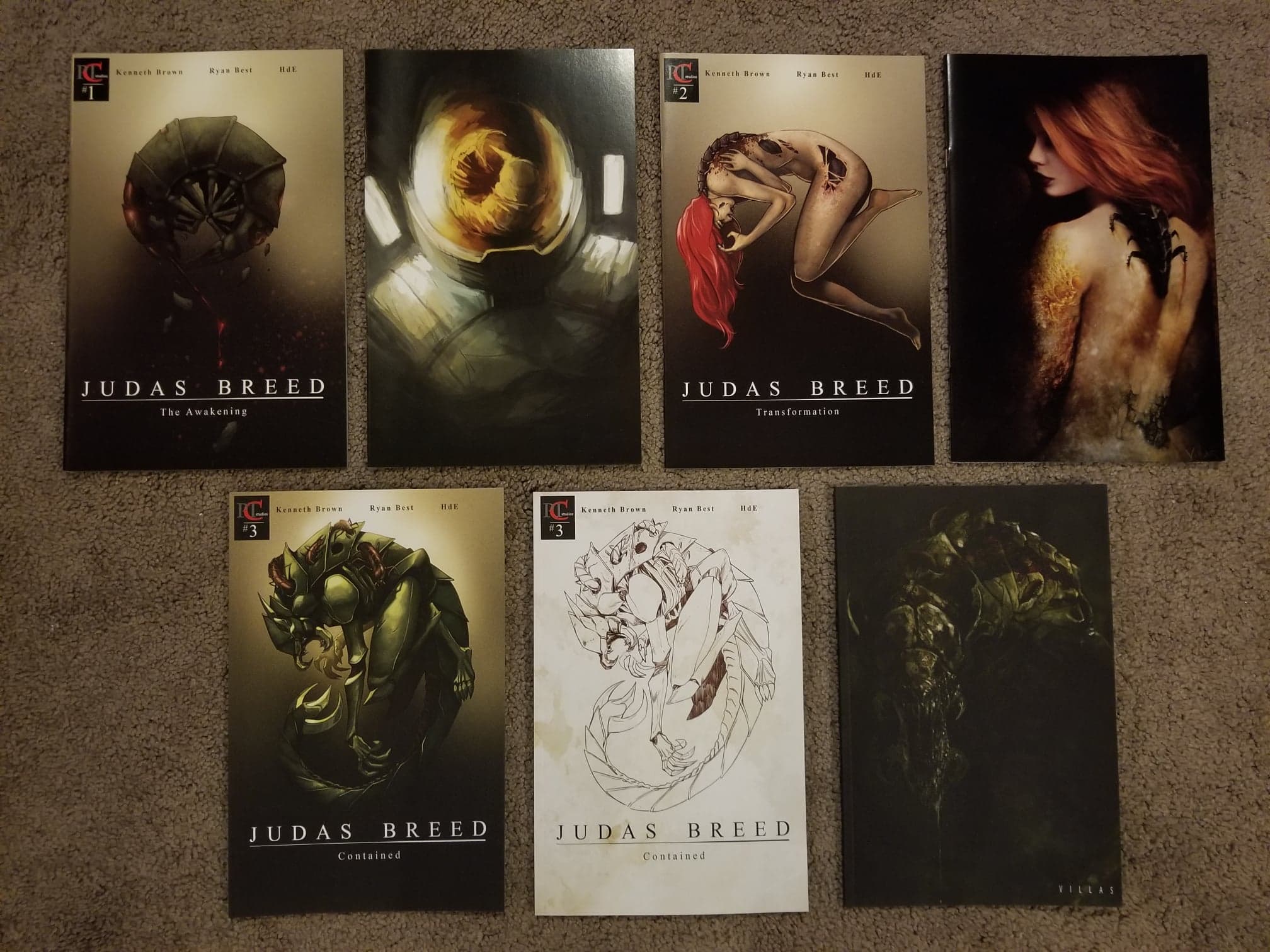 There are a lot of things to say about Judas Breed and all of them are positive. The art is fantastic and the covers remind me of the movie posters for films like Alien or Species, and what we get in this book is this story that plays on 90’s era sci-fi horror and it’s very clear that both Kenneth Brown and his creative team of artists, know this genre very well because the result is a genuine love letter to that genre.

The story starts off in space where you have a team of NASA scientists exploring a planet that may have once had the potential to host life on it, and when they discover that the planet did indeed host life, they find this fossilized creature that turns out to be very much alive. This Creature violently attaches itself to a member of the crew and uses its host as almost like an organic mech suit, hijacking the hosts nervous system through the spine, and transforming the host into more of a creature with an insect like exoskeleton. However, the twist that I really liked about this book is rather than keeping this threat out in space, they make it all the more horrifying by bringing the threat home as the military wants to study these creatures, and make more of them to serve their own purposes. I won’t go any farther into detail on that because it’s well worth reading and discovering for yourself.

It’s honestly crazy to see just how much talent is out here in this community. The passion that goes into projects like this make me humbled that I get to be a part of it in any capacity. There are currently 3 issues of Judas Breed availble currently, with a fourth and fifth issue on the way soon. Each issue can be purchased on their Website for 3 dollars per issue, and an additional 5 dollars for shipping (if you were to purchase all 3 issues, it would be $9 for the issues, and $5 for shipping). It’s an absolute steal and if you are a fan of horror and scifi, or if you are a fan of the Alien franchise waiting for an installment that’s worthy of the legacy established by the first 2 films, this is the book you have been waiting for.