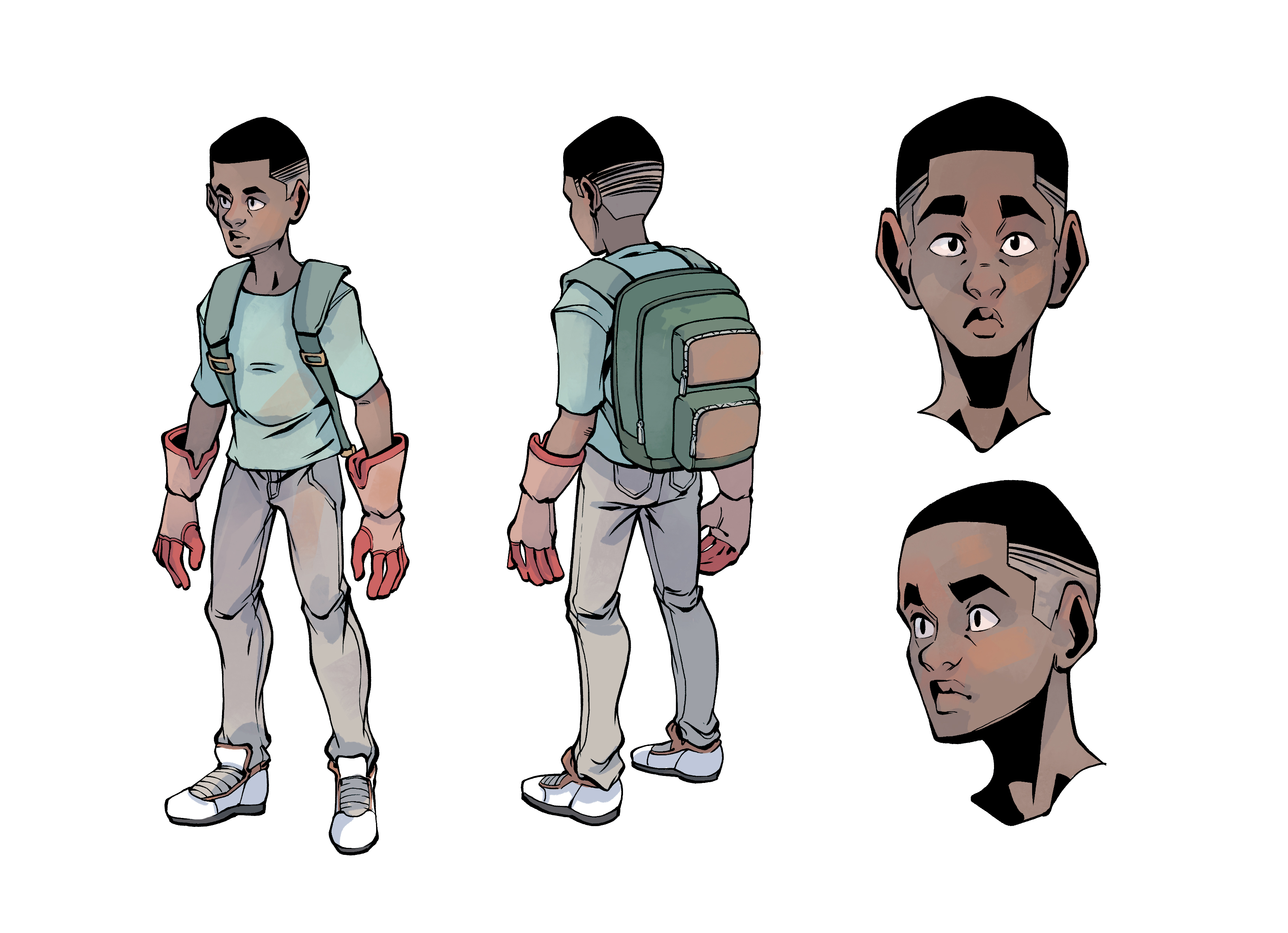 Your break out comic in the indie crowdfunding gmae is always going to be your hardest. You have not built an audience yet, you are likely going in without much to lean on and especially during times like these it’s hard to get people willing to commit to a comic they have little to frame of reference on in terms of what to expect. It’s not an easy thing to do, and it takes a lot of fortitude and faith in your concept to brave that hurdle and try and reach out. This book, Ultimate Crusaders, is one such project, and it’s one that from the moment I saw even just a glimpse of the cover, I knew I wanted to do all I could to support the book. So in addition to already backing it for one of the physical copies of the book, I reached out to the creator, Justice Wright and we talked a bit about this upcoming project.

When Justice and I started our discussion I wanted to get a general overview as to what Ultimate Crusaders was about. Justice did more than deliver and gave us a very clear window into his series:

The story revolves around a young, socially awkward boy genius named Orion Williams and his best friend, Claire Rosemary, who work together to build a massive mechanical suit in the hopes of discovering the whereabouts of Orion’s father, who has been lost in space for nearly three years.

In the midst of their constant failures; however, the duo witnesses a space shuttle crash into Earth’s surface, revealing a mysterious, but powerful artifact inside. Soon after this discovery, they are relentlessly tracked down by a savage alien race known as, The Blackened, who have laid waste to multiple planets across the galaxy.

Now, with the artifact in tow, the duo is forced to join a ragtag group of alien freedom fighters known as The Ultimate Crusaders in an effort to prevent The Blackened from destroying every other race except their own, while uncovering the mystery of Orion’s father’s disappearance.

Listening to Justice talk about this project made me think of all the similar types of stories that are out there. In addition the artwork on his campaign reminded me a lot of the old mech animes I grew up with, so I figured I would as what served as his chief inspirations when it came to this particular project:

I would say that Iron Blooded Orphans was a pretty big influence on me when it came to mechs, but the biggest influence of all would have to be Sym-Bionic Titan, which is a show that I wanted The Ultimate Crusaders to capture in comic book form. I think that show, with its fascinating story and mech battles really inspired me the most when it came to mecha.

After talking about what other series may have served as inspirations, I shifted the question a tad to focus on how long Justice had been working on this particular series. Was it a recent thing or had it been brewing for a while, and I found out that Justice had been workshopping this idea around for a long while:

I’ve had this idea ever since I’ve been in high school. Originally, it was meant to be a silly space adventure with weird aliens, but after several rewrites, I saw the potential it had to be something more than it originally was, so I took that opportunity to create something that kids could enjoy, but could learn from as well.

When he mentioned that he wanted kids to be able to appreciate this book it actually resonated with me a lot. I feel like not enough projects right now are aimed to be appreciated by all audiences and I feel that it’s caused a the medium to suffer a lot. However, I also wanted to clarify who exactly Justice wanted to market.

I think it is more of a PG-13 sci-fi story. There are serious moments, but I want this book to cater to as many people as possible.

With me running out of questions, I figured now ould be as good a time as any to have Justice Plug his campaign and clarify where they can find his book:

You can find The Ultimate Crusaders on Indiegogo, which is live right now, and we’ll have some exclusive offers to show off soon, so stay tuned!

Ultimate Crusaders is currently sitting at 20 percent of its funding goal on IndieGoGo with a flex goal of $5,000. It has a little over 30 days left in it’s crowdfunding process and it looks to have some immesne potential. Be sure to give it a check out and, if you can, show some support by contributing to one of the perk tiers. Crowdfunding is the future of this industry, and right now promoting the efforts of first time creators like Justice Wright is going to make that revolution happen sooner than later.

‘Judas Breed’ Sets Itself Up as the Spiritual Successor to Alien: Issues 1-3 Review
A Dark Knight Returns? The Future of Batfleck May Shine as Bright as the Batsignal in Gotham