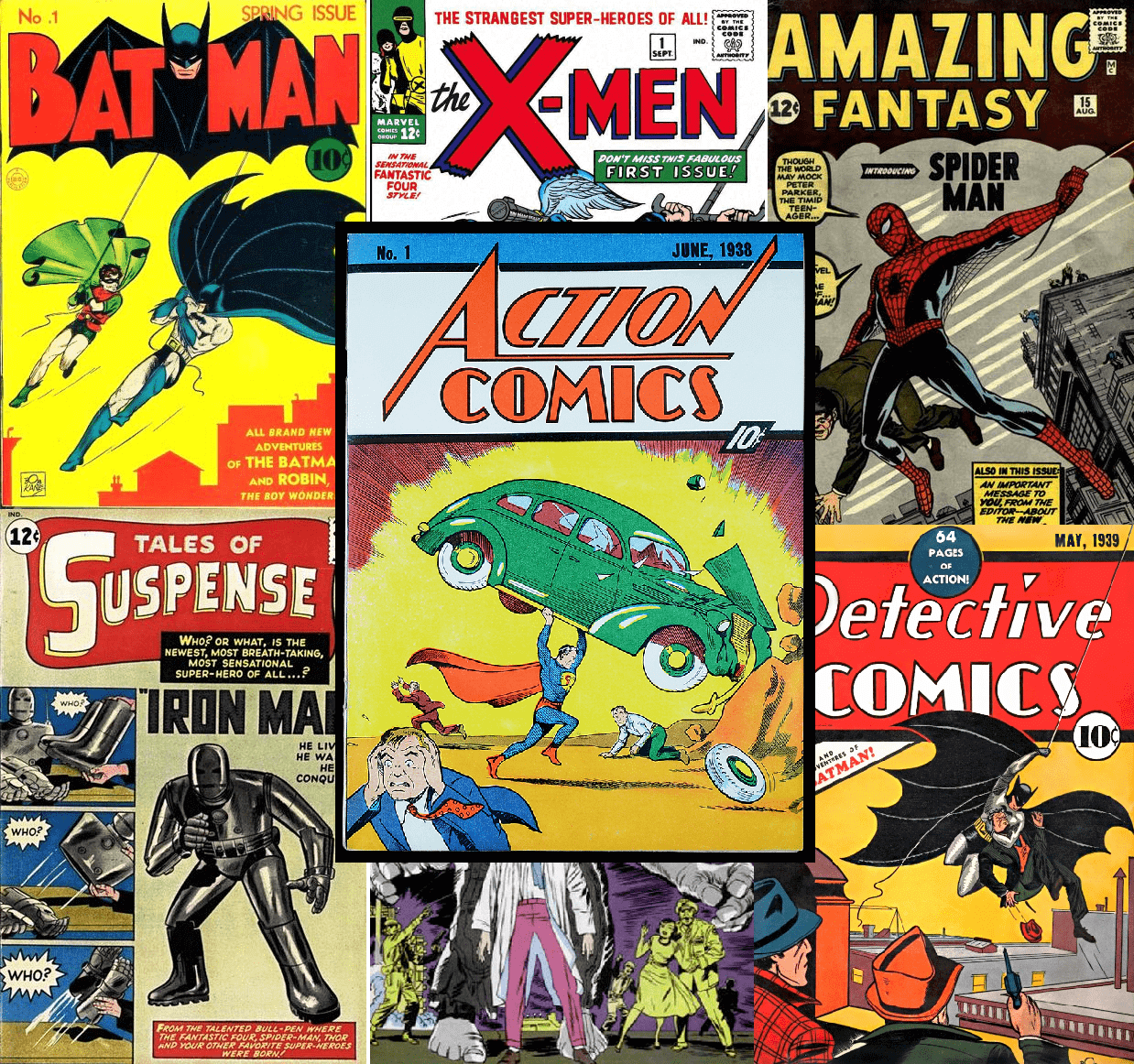 The comic book Industry has never been known for economic stability. When the industry is up, it’s booming. When the industry is down, it’s on the verge of collapse it seems. Since 2012 there has been a downward trend in the Industry and then with the current pandemic, the Industry which was already limping, effectively had a market freeze when Diamond Distrubition decided to no longer release new books during the pandemic. With no new books, there was no money coming into the mainline, and while this allowed for a renaissance of Indie creators (cough perhaps you should even check out my book Elysian Fields cough), it has put the main line in a precarious place. DC has severed its ties with Diamond distribution entirely and has culled planned events like 5G (which had lukewarm response from fans to put it mildly). While Marvel has opted to stay with Diamond, we have also seen them start to edit their release lists as things like the dreaded new New Warriors book has seemingly evaporated into nothing due to the catastrophic response to their horrible designs and concepts. With so much being shaken up it begs to question, what is the way forward for the mainline? Is there anything that can be done for those companies to really turn the mainline around? And the short of this answer is yes, but I doubt that either company will go to the lengths at which they need to in order to really make the comeback they need.

When looking at the current landscape of the Mainline Industry it’s not a pretty sight. It’s a warzone where creator and consumer are at eachother’s throats, and while you can go on Youtube and the toxic wasteland of Twitter to see everyone point fingers and this that and the other, the problem with the current state of the industry is the lack of accountability, stagnance of thought and complacency shown by the big companies. There are creators who are constantly getting books and new titles despite the only constant factor between them being a rapidly declining amount of sales. Neither company of the big 2 have easily accesible ways for new ideas to be brought to the table, leading to the same creators rehashing the same stories over, and over again, which leads to the biggest problem: complacency. One of the most valuable lessons I acquired from my time in service was “Complacency Kills,” and when you look at the comic industry, this has actively been the leading cause of issues. Creative teams get signed for massive deals to do elongated runs on characters, and as a result, with no fear of being without work, these creators put out subpar content that feels lazy. By pinpointing the issue that has been stifling the pulse of the industry we can really address how to handle it.

The first problem that needs to be addressed is stagnance of thought. I want to touch this first because it’s frankly the easiest to fix. Back when I was growing up, there were so many avenues for fans to give feedback and pitch ideas to get their foot in the industry. Geoff Johns sent in a piece of fanmail when he was a teenager that got his foot in the industry that came up with the idea of Lex Luthor being the other half of Superboy’s genetic code. George R.R Martin, prolific writer of the series Game of Thrones, got his start in the creative industry through Marvel by sending in short stories they’d publish in the editorials of their magazines. The solution to this issue with stagnance of thought is so simple that it’s honestly annoying: LISTEN TO THE FANS. Reopen the doors of communication and stop attacking fans for having issues with current books, and instead take those criticisms to heart (so long as they are constructive) and apply them. As much as this is a creative industry, it is first and foremost AN INDUSTRY. It’s a consumer based product. Your consumers are the best place to farm for ideas because for one they have the most important ingredient for a good story: passion, and two, they actively invest in the product, which honestly leads straight into our next topic, the lack of accountability.

Art is a form of expression, but as much as Comics are art (both literary and visual) it’s a business. There is no reason why any professional should be kept on a book or series if they are not returning the investment. If that expression is keeping your books from being purchased, you shouldn’t continue to get a book. It’s nothing personal, it’s a matter of what’s marketable and what the consumers are willing to purchase. While the figures can be a bit skewed due to Diamond making most books non returnable, you can still see what books have interest based off quantity of units purchased by Local Stores. This is also in no way me saying that expressing ones beliefs, politics, or ethos is a detriment to making a story, Alan Moore’s magnum opuses: Watchmen and V for Vendetta, are extremely politically and belief driven books. However, not every writer is Alan Moore, and are competent enough writers to weave those beliefs into a narrative that feels like a conversation rather than a lecture.

I don’t really have a good segue into this last reform, but it is without a doubt the most important one. The current industry is super saturated with events to try and constantly bolster sales, but if there is an event every 2 months, events lose their weight and just become effectively a series of expensive miniseries’. Additionally, solo books are no longer written in a self contained episodic format, but are instead being written as chapters of a trade paper. Between this model of storytelling and creative teams protected by massively extended contracts, it has created a level of complacency and lazy writing in the industry. What needs to happen is for DC and Marvel to put an indefinite hold on all up and coming events, and refocus on solo books. However, that’s just to start. Creative teams on a solo book should be signed by an issue to issue basis. Each issue a hailmary pass to put your best into a story that can be self containted. It used to be that a costumer could go and pick up any issue of a series and not be lost. By making each issue a self contained story, a mini adventure you can build back consumer interest and rotate teams until one is consistent and sticks the landing each time. Then after 2 years, do an event orchestrated by the best selling writers of those runs.

Like all industries, the Comic book industry goes through changes. Right now the industry needs to evolve with the times and refocus its efforts in rebuilding consumer interest. The best way to do this is to reopen communication between the company and the fans of these characters, and promote quality and merit of storytelling over anything else. Complacency, laziness, and self-righteousness have led the industry to this chaotic point, and the only way back from it is to build new bridges based on a mutual respect, and the only way to build that is focsuing efforts on telling classic selfcontained, character stories that allowed the industry to rise in the first place.

Do Good: The Pursuit of Education and the Legacy of Boy Meets World
Bad Batch Spinoff Announced: What I am Hoping for from the New Series (Opinion)