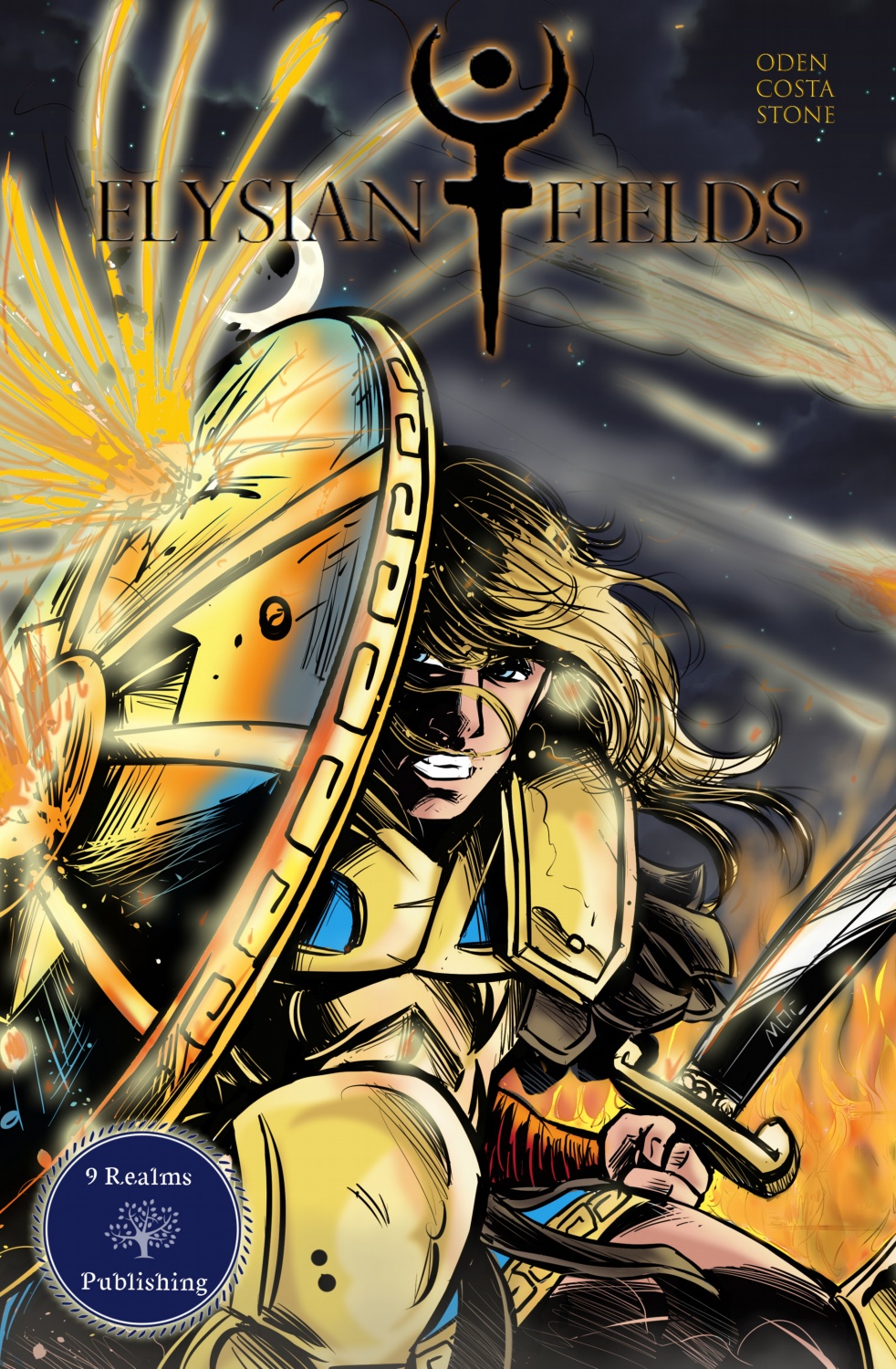 Heroes and Legends go as far back as to the beginning of History. Some stories of mythical proportions, have survived thousands and thousands of years and made it into the modern lexicon. So an interesting spin on ancient heroes occurs within this new indie comic by our very own Michael Oden. Crowdfunded through Indiegogo, the comic goes into the final moments of Achilles, the legendary hero of the Trojan War who famously died by being shot in his one supposed weak spot and his namesake today, his heel. But the story doesn’t end there.

First of all, the artwork is very well done. Props to the artist/colorist/inker Marcelo Oliveira Costa, who does a really fantastic job at detailing this new world. From the blood to the action, he has a good grasp of how to draw dramatic scenes and hope to see more awesome art in future issues. The colors are bright and everything from armor to blood to the dark depths of Hades are all excellent. It all feels reminiscent of classic adventure stories. Overall, it’s done well and feels cinematic.

The story begins in the Trojan War, with the famed hero Achilles, awaits his challenger Memnon. Achilles was renowned through legends as being unkillable due to his mother having dipped his entire body in the River Styx, the river that funnels the dead into their afterlife, according to Greek Mythology. However, the myth goes that his mother held him by his heels when she dipped him, meaning his only weak spot would be his hell and therefore creating the term “Achilles Heel”.

It’s known that he suffered an arrow wound to his heel and he died from the wounds. However, the story takes a interesting turn when it doesn’t end there, but continues to see Achilles being brought into the afterlife. There, he sees other renowned heroes such as Theseus, who was in the legend of the Minotaur and had slain it. But I’ll keep the rest of the story unspoiled as it does set up an interesting event.

All in all, the story definitely has potential to be spun into a interesting tale and I look forward to reading along in future issues. Congrats to the team on getting their comic funded and off the ground. Up Your Geek will follow your book with interest.