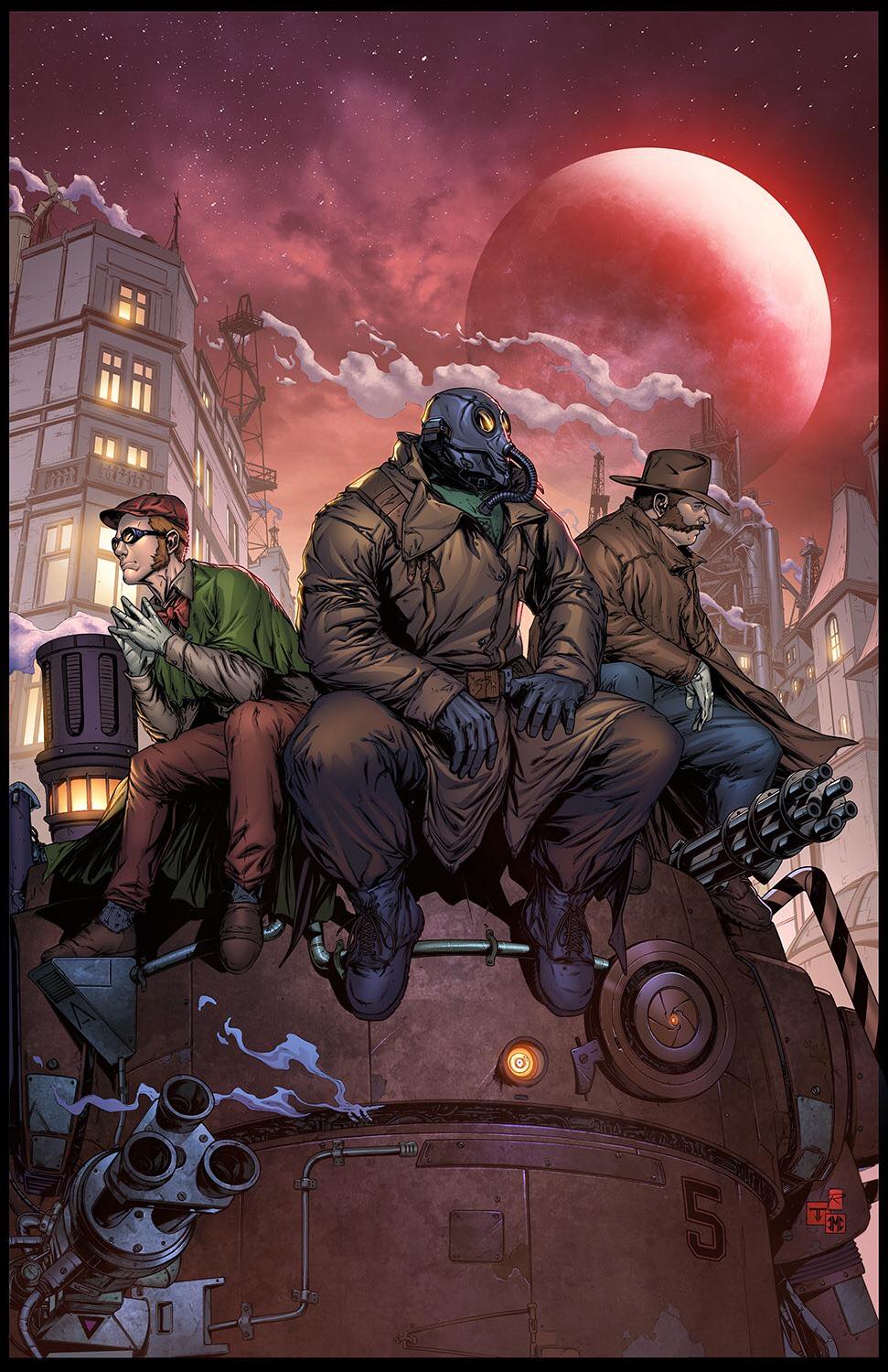 A while ago I did a review of Bob Salley’s Broken Gargyles issue 1. This post WWI set story put a focus on veterans abandoned by their own people because they were unfortunate enough to be disfigured by their experience both mentally and physically. Well I have been very fortunate in being allowed to check out the 2nd issue ahead of release and it’s everthing a second issue should aspire to be. Where the first issue set the stage of the story, the second dives straight in on fleshing out its setting, and immersing the audience in this diesel punk atmosphere that brings a Metal Gear Solid feel to this dark fantasy adventure.

Second issue are difficult. A first isse lays the groundwork, but a second is meant to immerse the audience in the world and most importantly, establish the rules and limitations of the universe and as a result, they can be very exposition heavy. This is a very risky thing for a visual medium as it chances losing the audience due to sacrificing dynamic action panels for dialogue heavy panels to establish those aforementioned rules. However, Bob and his artist skillfully tackle this universe building in an issue that takes the opportunity to use its visuals to explore its setting while simultaneously giving us a look at a somehow even more horrifying version of “The Great War.”

The greatest element to aid in this story telling is how it steers into its diesel punk atmosphere. While this was certainly present in the pilot issue, it was subtle and a meer tease. In this issue we see this titanic, metlallic monstrocities that provide a brilliant exhaggeration to showcase the massive technilogical leaps in warfare that happened during the First World War. As previously mentioned, it gives this universe a Metal Gear Solid feel, and really reinforces the core theme of the book by showing just how much more governments are invested in creating these machinations of war over taking care of the men who lost so much for their country.

At the risk of beating a dead horse, I cannot stress enough the difficulties that come with a second issue. They can become bloated with exposition, but Bob combats this by allowing his artist to tell a lot of that exposition visually. It leaves room to pace his book and ballance it with high tension moments, and frees up the space to simultaneously set up for some really great and dynamic action pieces. Broken Gargoyles contines being a quick and well paced read that only builds upon and reinforces the spirit of the first issue. The first issue is now available at several retailers so check your LCS’s for that, and hoepfully they aren’t sold out! Otherwise you can find the books at the online store. Make sure to put this on your radar if you haven’t already.

Breaking Down ‘The Batman’ Trailer pt 2: True to Form Gothic, Suspense Noir Teased through Fantastic Trailer
‘Eudaimonia’ A Comic Where Beauty and Misery Exist in the Same Place